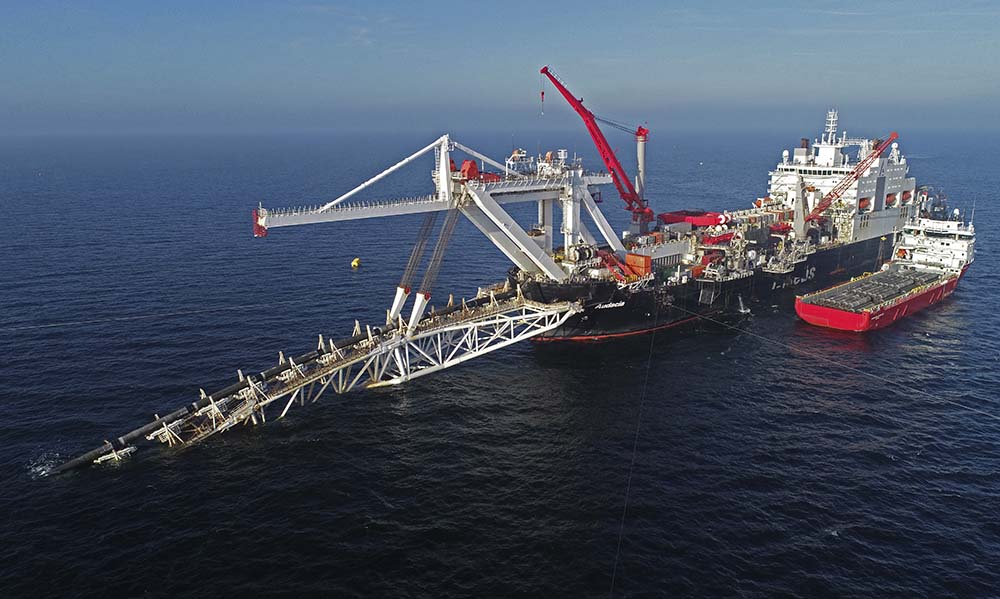 Last Thursday, a bipartisan bill seeking the expansion of U.S. sanctions on companies involved in the construction of the Russian-backed Nord Stream 2 gas pipeline was introduced by Republican Senator Ted Cruz and Democratic Senator Jeanne Shaheen.

German daily Handelsblatt, which has compiled several responses to the new U.S. bill, emphasized that the new American law may severely hit German companies and contribute to the delay of NS2, which is currently 94 percent complete. The strategic gas pipeline has been opposed by the U.S., Poland, Ukraine, and the Baltic States, which are concerned about the economic and geopolitical benefits Russia could extract from the project.

Handelsblatt also foresees an escalation of tensions between the U.S. and Germany over the new sanctions.

The spokeswoman of the German economic minister declared that “we are closely observing the situation in the United States. Our position in terms of extra-territorial sanction is clear and known. We reject them because they are in disagreement with international law.”

German Minister of State Niels Annen told the paper that the threat of U.S. sanctions is interference in European sovereignty which Germany rejects.

He also claimed that the American argument that the pipeline weakens Ukraine are false because the EU had secured gas transit rights through that country.

The spokesman for economic affairs of the German Christian Democratic Union (CDU), Joachim Pfeiffer, stated that NS2 will lead to diversification of transport routes and increase the security of gas deliveries on the European energy market. He also called the new sanction initiative an “act of enmity”.

The head of the Bundestag commission for economy and energy, Klaus Ernst, a member of the German Left party, called for the German federal government to impose its own sanctions.

According to the Nord Stream 2 AG company, one of the pipeline’s main contractors, attempts to hinder the project would undermine European consumers who would have to pay “billions more” for gas if NS2 is not completed.

Handelsblatt also pointed out that U.S. sanctions on NS2 are one of the few issues on which both sides of the polarized American political system agree upon, which means it will not be difficult to pass the newest sanctions on the project through Congress.

The U.S. has explained its critical position on NS2 by stating that the pipeline would make Europe more dependent on gas transmission from Russia, which would increase Moscow’s ability to exact political pressure on EU states, which is a view shared by Poland and Ukraine.