Germany has added media to the strategic sector of its economy which will limit foreign investment influence. Foreign investors cannot hold more than 10 percent of a media outlet’s shares. 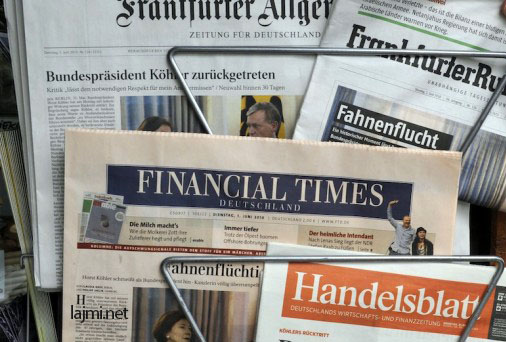 The decree was issued during the last meeting of Angela Merkel’s cabinet before Christmas. The most important changes are including media entrepreneurships to the strategic sector and the limiting of the size of shares foreign investors have in German companies.

“Germans have great intuition when it comes to the importance of media and media capital in their own market,” explained media expert Hanna Karp. “They believe that foreign media capital cannot enter Germany and propagate its own policies.”

The German definition of media is very broad and encompasses “broadcasting, television media and printed products.” Not all of them, but those which “affect the shape of public opinion” and are “defined by their topicality and influence”, which include all information media and journalism.

According to the decree, the German Federal Ministry for Economic Affairs and Energy will be able to intervene if a transaction would lead to foreign investors gaining more than 10 percent of shares in a German company, previously the boundary was 25 percent. Each purchase must go through the Ministry and will not be accepted without their consent.