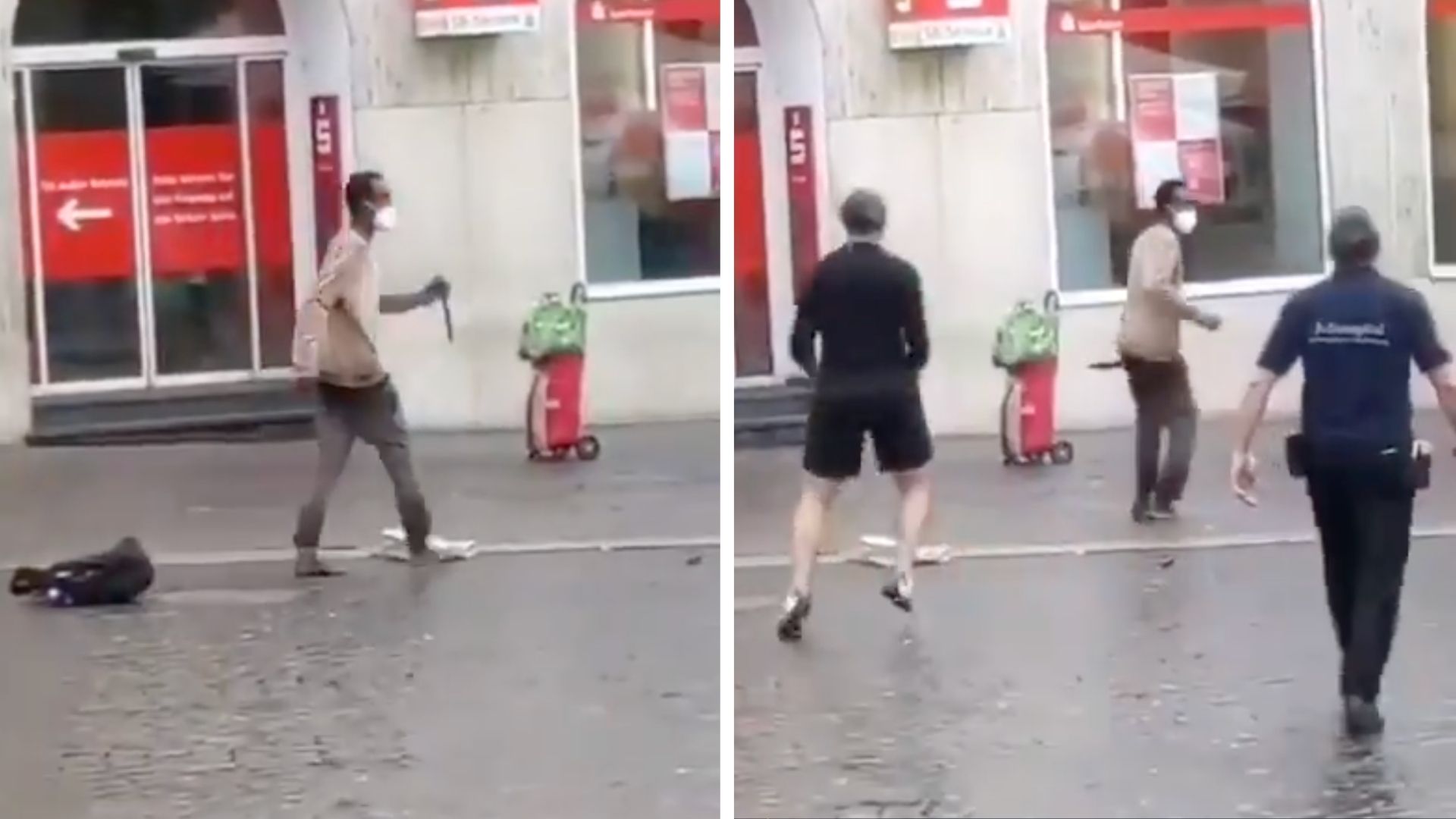 German police have arrested a Somali asylum seeker after he killed three and seriously injured five others during a brutal knife rampage in the picturesque Bavarian city of Würzburg.

Following the attack, which took place on Friday afternoon in the city center of Würzburg, the suspect, a 24-year-old man from Somalia, was shot in the leg by police before being apprehended and taken to the hospital where he was questioned, Bavarian newspaper Augsburger Allgemeine reports.

Shortly after the attack took place, videos posted to social media showed concerned bystanders surrounding the knife-wielding attacker and fending him off with sticks and chairs.

#Würzburg: Police in the southern German state of Bavaria say officers and emergency personnel are attending an incident at Barbarossaplatz in central Würzburg. A number of people are reported to have sustained injuries.pic.twitter.com/Ah8n6FBVok

A woman who said she had witnessed the incident take place told the German press that the police then stepped in.

“He had a really big knife with him and was attacking people,” Julia Runze said. “And then many people tried to throw chairs or umbrellas or cellphones at him and stop him. The police then approached him and I think a shot was fired, you could hear that clearly.”

On Friday evening, Bavarian Interior Minister Joachim Herrman told members of the German press that investigators couldn’t rule out an Islamic extremist motive since one of the witnesses had reported hearing the Somali man shout “Allahu akbar” while carrying out the attack. Aside from a terrorist motive, others have suspected that the actions of Somali — who had a criminal record and a history of mental illness — were driven by mental illness. Not long before the attack, the attacker is said to have been admitted to a psychiatric facility for care.

Although authorities have not commented extensively on the identities of those who were stabbed, they have noted that most of the victims were women and that among the seriously injured is a little boy, whose mother is among the three individuals who were killed during the attack. According to a report from BILD, the asylum seeker consciously attempted to stab his victims in the neck and throat area, most likely to cause as much damage as possible.

Regional Police President Gerhart Kallert described the course of the knife attack during the press conference on Saturday afternoon, saying that perpetrator had taken a knife in a department store and suddenly stabbed a saleswoman. The Somali then attacked bystanders and killed two other women in the department store.

The killer, who had arrived in Wurzburg at the peak of Europe’s migrant crisis in 2015, had been rejected as an asylum seeker, according to German newspaper Junge Freiheit. However, Angela Merkel’s pro-mass migration government failed to deport him, even though he was known to police as a violent perpetrator.

The unspeakable act comes less than five years after Pakistani asylum seeker Riaz Khan Ahmadzai attacked and injured four people, two critically, with a knife and hatchet on a train near Würzburg. The rampage was only ended when police officers incapacitated him with a firearm. Following the attack, German authorities later discovered evidence which indicated Ahmadzai had been in contact with a suspected ISIS member and had originally been asked to drive a vehicle into a crowd of pedestrians.