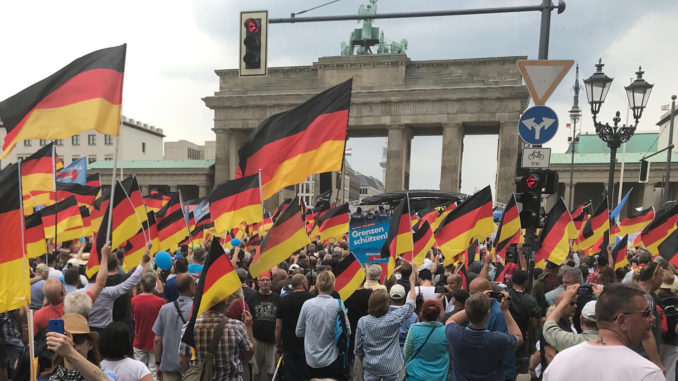 Two new studies have revealed that the migrant population size in an area positively influences election results for right-wing parties in Germany.

The studies, conducted by the Leibniz Institute for Economic Research (RWI), have shown that the more migrants and asylum seekers that are living in a particular neighborhood or region, the more votes that right-wing parties like the Alternative for Germany (AfD) receive, daily newspaper Aachener Zeitung reports.

According to the two studies, the effect researchers observed occurs independently from the economic development of the region, and affects both state and federal elections.

However, the studies — which were published earlier this week on Monday — also found that the type of migrant accommodations are a decisive factor in whether or not more German citizens voted for right-wing parties like the Alternative for Germany (AfD). In cases where migrants are housed in central reception facilities, right-wing parts gained votes in both the immediate and neighboring communities. When migrants are housed in decentralized apartments, however, no effect on voting patterns were observed.

As a result of the study’s findings, researchers at RWI indicate that in order to halt the growth of right-wing parties in the country, they are advocating for more decentralized accommodations for migrants.

“Reasons for strengthening parties hostile to migration could be concerns about increasing crime, fears about the distribution of public goods, and simply xenophobia,” Julia Bredtmann, the head of the research group ‘Migration and Integration’ at RWI, told German media on Monday.

Researchers at RWI have recommended that politicians “distribute refugees as evenly as possible over the regions” in order to avoid polarization of the political discussion. Additionally, Bredtmann and her team of researchers suggest that migrants “be housed in decentralized apartments as quickly as possible”.

Investigation at the district level has shown that the influx of migrants is leading to political polarization in places where there is economic prosperity. As has been seen in recent years since the migrant crisis of 2016, support for traditional parties like the CDU and SPD has decreased, while support for anti-mass migration parties and parties explicitly migration-friendly rose.

“If the economic conditions deteriorate, however, the effect of asylum seekers on the proportion of votes for the extreme right remains stable, but weakens for left parties and ultimately turns negative,” Vance, who explicitly named the Green party, added.

Such a divergence suggests that an influx of migrants combined with an economic downturn could substantially shift the country’s political system to the right.