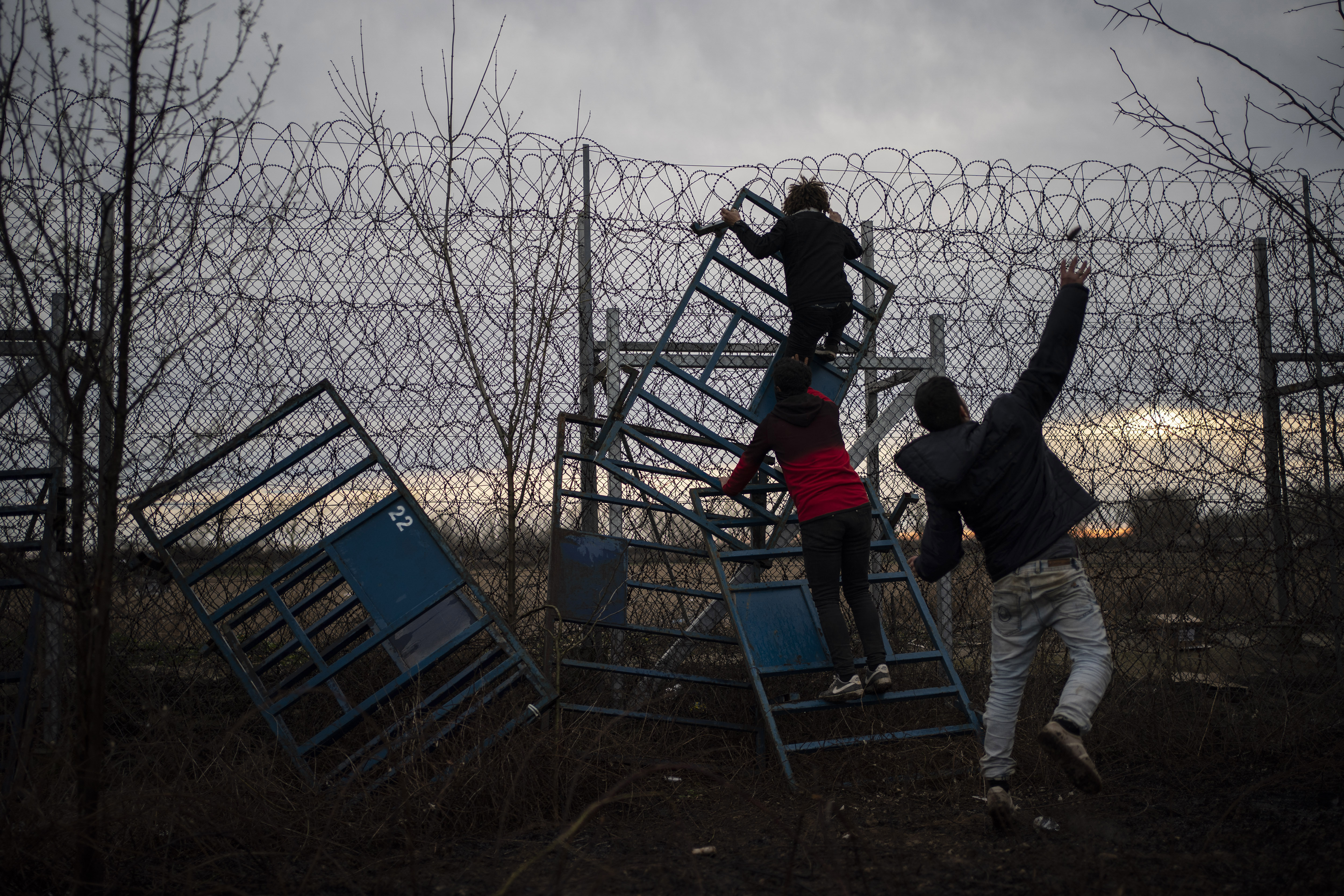 Greece is now scrambling to seal its land border with Turkey by tripling the size of an existing 12-kilometer fence and deploy hundreds of officers after the Turkish government threatened to resume the influx of migrants to Europe through Greece.

The decision to build a border fence spanning the border comes after Greek authorities sent 400 specially trained offices, including riot police, to the Evros region and placed them on code-red alert. There are already 1,100 officers in the area and an additional 800 are supposed to arrive in the upcoming weeks.

Greece will defend itself from Turkey by extending an existing border fence, said Defense Minister Nikos Papagiotopoulos. He added the move to build a fence will severely hamper Turkey’s ability to threaten Europe, according to Voice of America.

“It’s a no-brainer,” he said. “Once this fence goes up, Turkey will be severely compromised of its ability to push through migrants. And if that happens, then Ankara will have lost its most powerful tool of leverage against Europe… and its chances, therefore, of clinching a new deal with Brussels, plus added financial support will fade.”

Even though both states are NATO allies, their mutual relationship worsened when Turkish President Recep Tayyip Erdoğan opened the borders for millions of refugees who were trapped in Turkey up until then. By doing this, Turkey scuttled an existing EU deal that saw Europe provide billions in aid to Turkey in exchange for Turkey preventing its estimated 4 million migrants from leaving its territory.

When Greece opened its border to Europe, Greece was already pressured with more than 100,000 migrants.

As migrants made their way to Greece, Turkish forces have been accused of not only helping migrants cross the border, but were also filmed firing tear gas at Greek police. Germany’s federal intelligence agency also said it had evidence that Turkish intelligence agents were instigating riots at the border.

Turkey only closed its borders and forced migrants back to migrant centers after the COVID-19 outbreak, but as restrictions are now easing across Europe, Turkey’s Foreign Minister Mevlüt Çavuşoglu hinted that migrants in Turkey would be allowed to travel to Europe after coronavirus restrictions end.

“There were migrants in the refugee camp who went to the border with Greece but this stopped due to the pandemic. I do not say this as a threat, but after the pandemic is over, the refugees will definitely want to leave and go there,” Çavuşoğlu said.

Over the weekend, Turkish soldiers tried to prevent Greek soldiers from surveying marshland terrain around the Evros River to extend the fence. Residents reported that they spotted troops entering Greek territory, but this claim was later denied by Turkish authorities.

However, Defense Minister Nikos Papagiotopoulos noted that there were many suspicious movements from Turkish forces at the time. Turkish armed forces have been accused by Frontex, which is responsible for protecting the European Union’s external border, of firing live ammunition at Greek and German police forces operating at the border in the past.