Emmanouil Fragkos believes that as long as the European Commission is leftist, then all countries that fulfill its orders will have problems with illegal migration 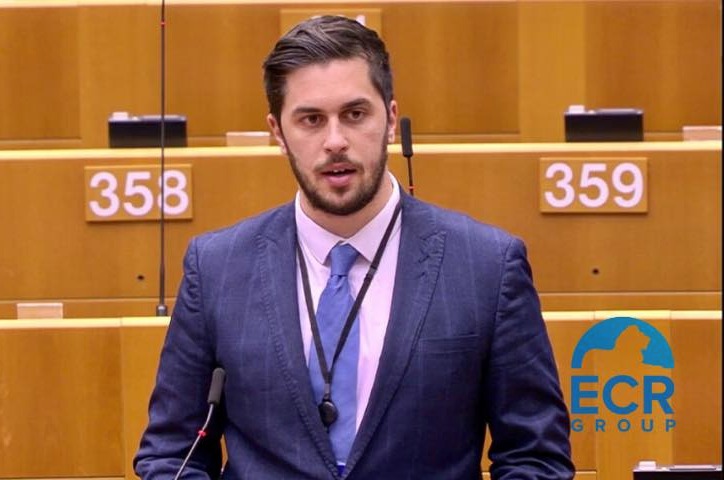 The current actions taken by the European Commission when it comes to migration policy do not consider the good of Greek citizens, according to Greek MEP Emmanouil Fragkos, who is a member of the European Conservatives and Reformists (ECR).

He explained in an interview for Polish Catholic Radio Maryja that it is impossible for Greece to give asylum to every illegal migrant and permit them to reside on Greek and European soil.

The MEP emphasized that his country’s Left government has been inefficiently combating illegal migration and is not assertive when it comes to dealing with the European Commission.

“The only countries that conduct good migration policy are the Visegrad Four. Poland and Hungary are acting correctly, although they are attacked by the European Commission for doing so,” he said.

Fragkos believes that Europe is facing yet another migration crisis. He drew comparisons between the current crisis on the Polish-Belarusian border with the situation between Greece and Turkey. Turkish president Erdogan had pushed migrants into Greece to put pressure on the country and demand more funds from the European Commission. Belarus is sending migrants to the Baltic states for similar reasons.

“Nevertheless, Poland’s government is protecting its citizens. If Greece was conducting a policy similar to Poland, it would not have to fear any wave of migrants. Unfortunately, that is not the case, and Poland is in a much better situation thanks to its government’s actions,” he said.

The Greek MEP believes that as long as the European Commission remains left-wing, all the countries that follow its orders will have issues with illegal migration.

He stated that the Commission should strengthen the borders and make it clear to illegal migrants that they will not make it into Europe; they will only lose their money to smugglers.

“If we stop the initial attempts and send them back home, we will give them a clear signal that it is not worth it to make attempts, as they have no chance of remaining in Europe,” he said.