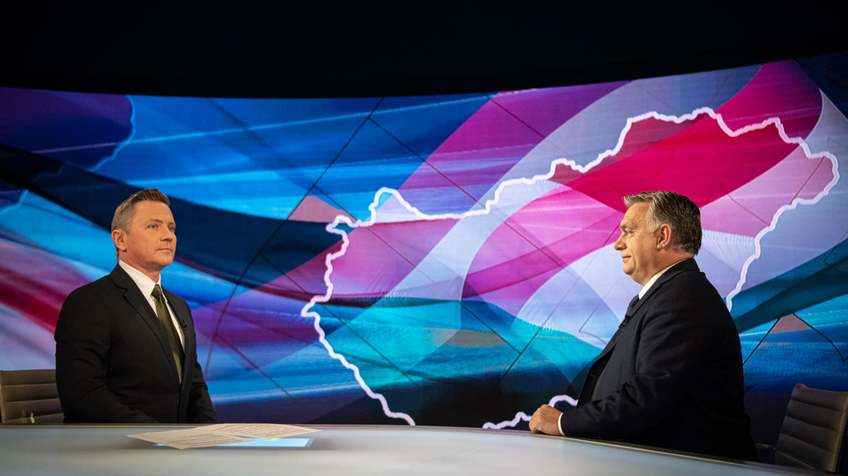 Hungarian hospitals will be able to cope with rising number of infections, PM Orbán says

Only a small amount of vaccines will be available by January

The new coronavirus restrictions that Hungary implemented on Wednesday will allow the Hungarian healthcare system to cope with the rising number of infections, Prime Minister Viktor Orbán told TV2 on Wednesday.

Previously, there would have been a 50 percent chance that hospitals would be able to withstand the rising burden, but with these new measures, this chance is now 99.9 percent, Orbán said. The PM added that while there are enough hospital beds, masks, protective equipment and ventilators, there are not enough doctors, hence more precautions had to be taken.

He noted that there haven’t been such drastic measures in Hungary in the past 30 years and that healthcare workers have been performing heroically.

“Doctors, nurses and their helpers do superhuman, superhuman work. However, if everything had continued as before, they would have […] had to capitulate,” he said. With the new precautions taken, the Hungarian healthcare system will be able to withstand the load, and the workers will be able to stand their ground.

“I can only speak in the language of thanks and gratitude about doctors, nurses, hospital workers,” Orbán said. He added that the government has procured drugs that will help withstand the onslaught of the virus and make the course of the disease tolerable.

“We have enough stock now, but more and more shipments are coming,” Orbán said, stressing that Hungary has very good doctors and nurses, but unfortunately many of them have also contracted the virus.

Regarding the opening hours of schools, Orbán said that while public opinion is divided, a massive majority believes that the country should continue functioning during the epidemic.

“This is a difficult, trying and mostly sad moment,” he said. The prime minister also commented that he did not understand those who had organized farewell gatherings at the last minute before the curfew was imposed.

Regarding compliance with security rules, Orbán said police should be “humane but not soft” in enforcing the regulations, noting that during the emergency, the police and the military will run joint patrols and military personnel will be armed.

Orbán also said that while so far none of the prospective vaccines have passed all four types of tests, several of them passed the first three.

“We are in contact with the European Union, with the Russians and with the Chinese,” he said, referring to the acquisition of vaccines, adding that new economic measures will soon be taken to help businesses stay afloat during this difficult time.

“We want to cut taxes, we want to leave more money with businesses,” the PM stressed.