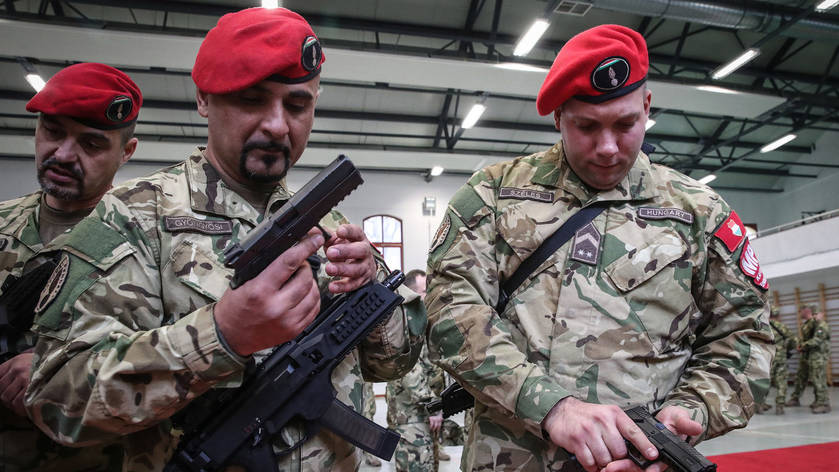 Hungarian police will replace the entire sidearm inventory of its police officers with modern pistols made in Hungary under Czech license, the website of the National Police reports.

The police will receive CZ P-07 and P-09 models, both chambered in 9mm Luger rounds, and produced in Hungary by HM Arzenál Zrt under license from arms manufacturer Česká zbrojovka a.s.

Both pistols are significantly lighter and more modern than those currently used by Hungarian police, which are mostly locally manufactured versions of the Soviet TT pistol rechambered in 9mm Parabellum rounds, with many of them already quite old.

Both of the new pistols have a polymer frame and are ambidextrous, have modern safety features, and are considered very reliable. Similar models are in use by police and armed forces in some 30 countries around the world.

Both weapons have a rail system for mounting flashlights or laser dot sights. Chief master sergeant Gábor Gerendai said the weapons – although they come in two sizes – have a significant amount of parts in common and will greatly improve the weapons inventory of the police forces.

In 2018, HM Arzenál Zrt signed an agreement with Česká zbrojovka a.s. for the manufacture of a total 200,000 of the above-mentioned pistols as well as CZ Scorpion Evo 3 carbines and sub-machineguns for the country’s armed and police forces.

Hungary also hopes to export some of them in cooperation with the license holder.