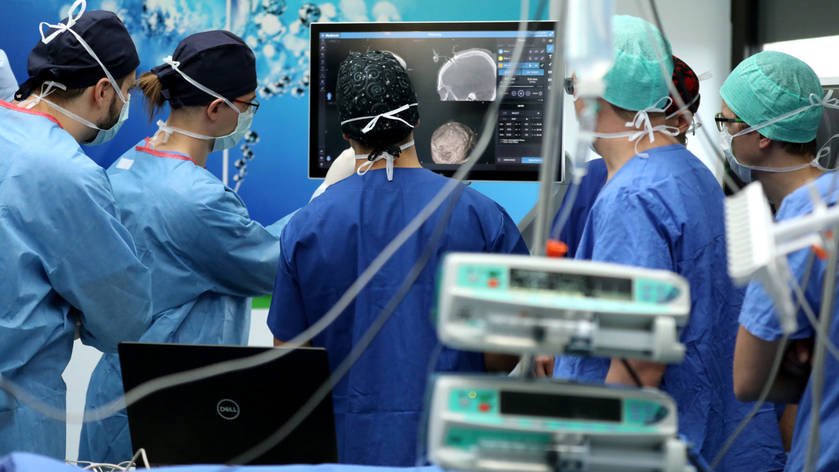 Surgeons at a Hungarian neurology clinic successfully performed a state-of-the-art surgery to implant a deep-brain stimulator into an elderly man to treat his Parkinson’s disease on Wednesday.

The clinic, in Szeged in southern Hungary, performed the operation only after the man no longer responded to traditional treatment.

The implant, which must be accurately placed within a tenth of a millimeter inside the patient’s brain, both stimulates neural activity and monitors it, with the latter function allowing more targeted dosage of medication.

The stimulator implant is known to reduce symptoms of Parkinson’s disease in patients who cannot be helped otherwise.

Medical researchers developed the surgical implant in the United Kingdom, and so far the implant procedure has only been performed in Germany, Switzerland and the Netherlands.

In order for the surgeons to receive proper feedback, the patient has to be awake for most of the five-hour procedure and only asleep during the final phase when the device’s controlling unit is implanted under the collarbone.

Despite the long procedure, recovery is usually very fast for patients. Most patients can be ambulatory the day after the surgery.

After regular checks every two weeks until the unit is fine-tuned to his needs, he will only have to be checked twice a year.