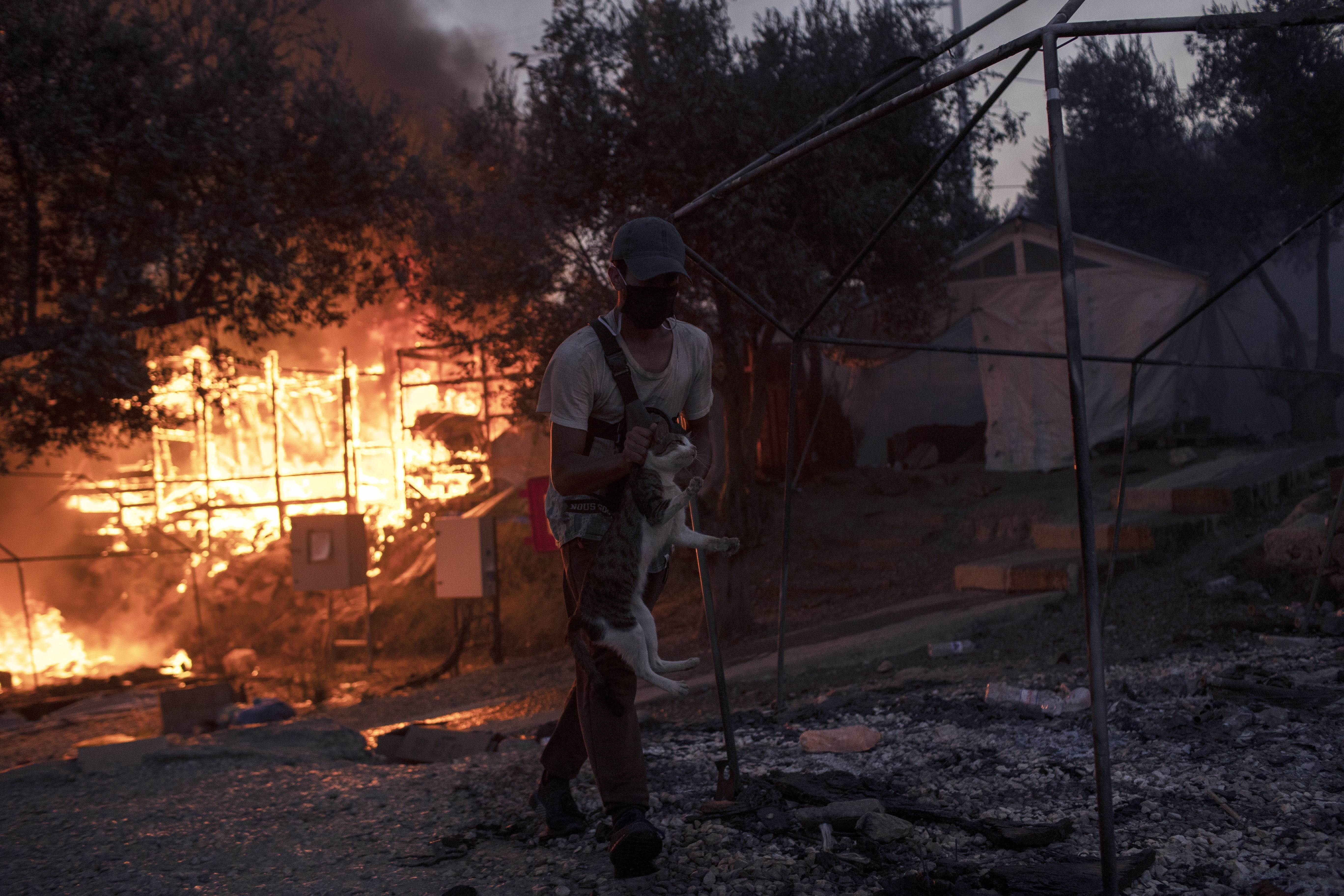 Czechia and Hungary are donating aid to the Moria migrant camp in Greece after a fire set by migrants destroyed almost the entire camp, leaving nearly 12,500 people temporarily homeless.

Both countries indicate they are willing to help financially but will not take any migrants in, which has been consistent with the migration stance of both countries over the years. In June of this year, both countries signed a letter to the European Commission, along with five other European nations, rejecting further migrant quotas in the European Union.

Czechia will give Greece almost €97,420 (2.6 million korunas) and Hungary will offer €60,000 to help with the destroyed Moria migrant camp on the island of Lesbos.

Hungarian MEP Hidvéghi Balázs wrote on social media that Hungary would donate money where it is needed but indicated that these tragedies should never happen in the first place. The Hungarian government has urged more effective external border security of the European Union, arguing that it would prevent tragedies such as drowning incidents and disasters like the one at Moria, as it would disincentivize migrants from making the journey to Europe in the first place.

#Hungary sends 60 000 euros worth of aid to #Moria to help the people there. But these tragedies should never happen. Our view on #migration is clear: #Europe most protect its borders, and help must be taken where it's needed, instead of bringing the trouble over here. pic.twitter.com/VTI6mNtDny

“I spoke about our help during an interview with my Greek counterpart, Nikos Dendias, who is coming on a working visit to the Czech Republic on Friday, September 18. Therefore, I expect that we will discuss further details in person,“ said Petříček. The Czech embassy in Athens is currently discussing the use of the amount with its Greek partners.

Camp Moria was destroyed last week by a series of deliberate arsons by at least five Afghan migrants as its residents protested the ordered quarantine over coronavirus. The five migrants recently had their asylum requests denied.

Since then, more than 12,000 migrants have spent days and nights in the open air. Only about 1,000 of them, mostly families with children, found refuge in a tent camp in the area of the Kara Tepe army shooting range, where about 5,000 places are available so far.

The German government confirmed on Tuesday that it would accept 1,553 migrants from five Greek islands, which are supposed to be made up of migrant families, said German Vice-Chancellor and Finance Minister Olaf Scholz. Already last week, Germany promised to take care of about 100 to 150 juvenile migrants from Moria. At least ten European countries plan to share 400 migrant minors.

Another fire broke out on the island of Samos on Tuesday near a migrant camp for almost 5,000 people. In this context, some Greek politicians warned against what they saw as a tactic to burn down migrant centers in order for migrants to gain access to the mainland or directly to Central and Western Europe.