Hungary and Poland: No permission to link EU funds with rule of law issues 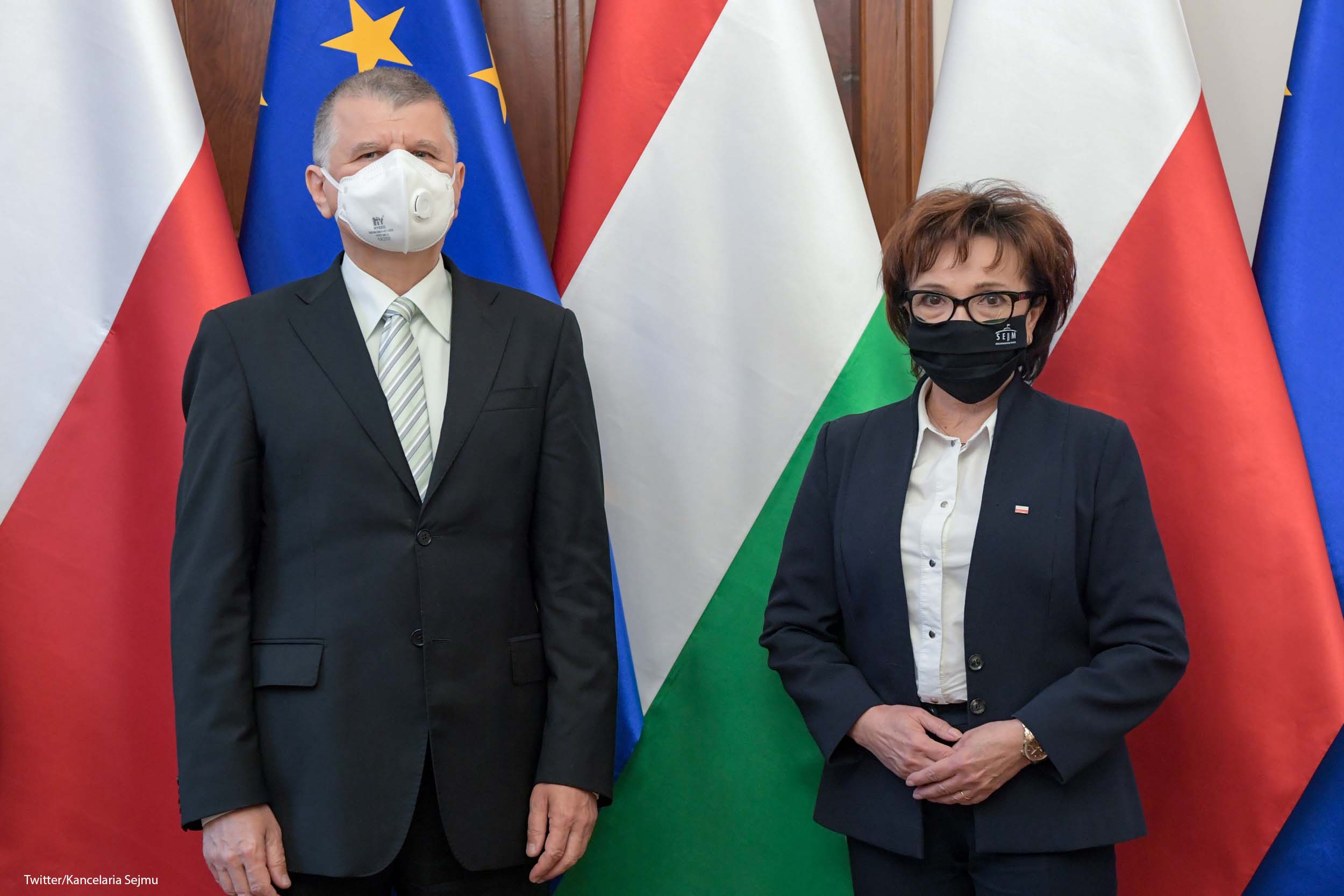 The speakers of parliament in Hungary and Poland said they will not accept European Union funds being tied to rule of law issues during a meeting between the two leading politicians in Wroclaw in southwestern Poland.

The Polish Speaker of the Sejm, Elżbieta Witek, met with Hungarian Speaker of the National Assembly Laszlo Koever both underlined that the countries have veto powers in relation to the multi-annual financial framework and the coronavirus recovery fund.

“We believe this is completely incompatible with the European Union’s treaties,” Witek said.

Laszlo Koever stressed that “Poland and Hungary are currently being targeted by the European Union.”

Recently, Law and Justice (PiS) leader Jarosław Kaczyński declared that Poland will not bow to financial terrorism and threatened that Poland would veto the EU coronavirus fund and, if necessary, the entire EU budget.

In an interview for portal Wpolityce.pl, former Polish Foreign Minister and current MEP Witold Waszczykowski was asked what vetoing the fund would mean.

The MEP explained that for the fund to be created, the European Commission will have to obtain new tools to impose taxes and take out loans — this requires the approval of every member state.

He added that Kaczyński’s declaration can be understood as the Sejm rejecting those tools for the Commission.

Waszczykowski pointed out that no EU institution has a right to interpret the Polish constitution or issues such as the legal system or the judiciary.

“If these issues continue to be solved through breaking EU treaties to our detriment, we will have to consider ceasing contributions to the EU. If it turns out that some money from funds, such as for agriculture or cohesion do not go to Poland, then we should count them out of the contributions paid by Poland,” he said.

The former foreign minister also spoke in the context of convincing EU leaders to be more forthcoming in budget negotiations. He underlined that Poland’s issues should be properly presented and if those points do not come across to politicians “engulfed by an ideological concept of fighting us”, then they might be convinced by their own companies which operate in Poland.

Waszczykowski stressed that German or Austrian companies which build roads in Poland would pressure Western politicians because they would lose money due to the conflict.

“Economic exchange between Poland and Germany surpasses the one between Germany and Russia. We urge Germany to consider who they should care more for and whether they have more interests in Poland than Russia,” he stated.