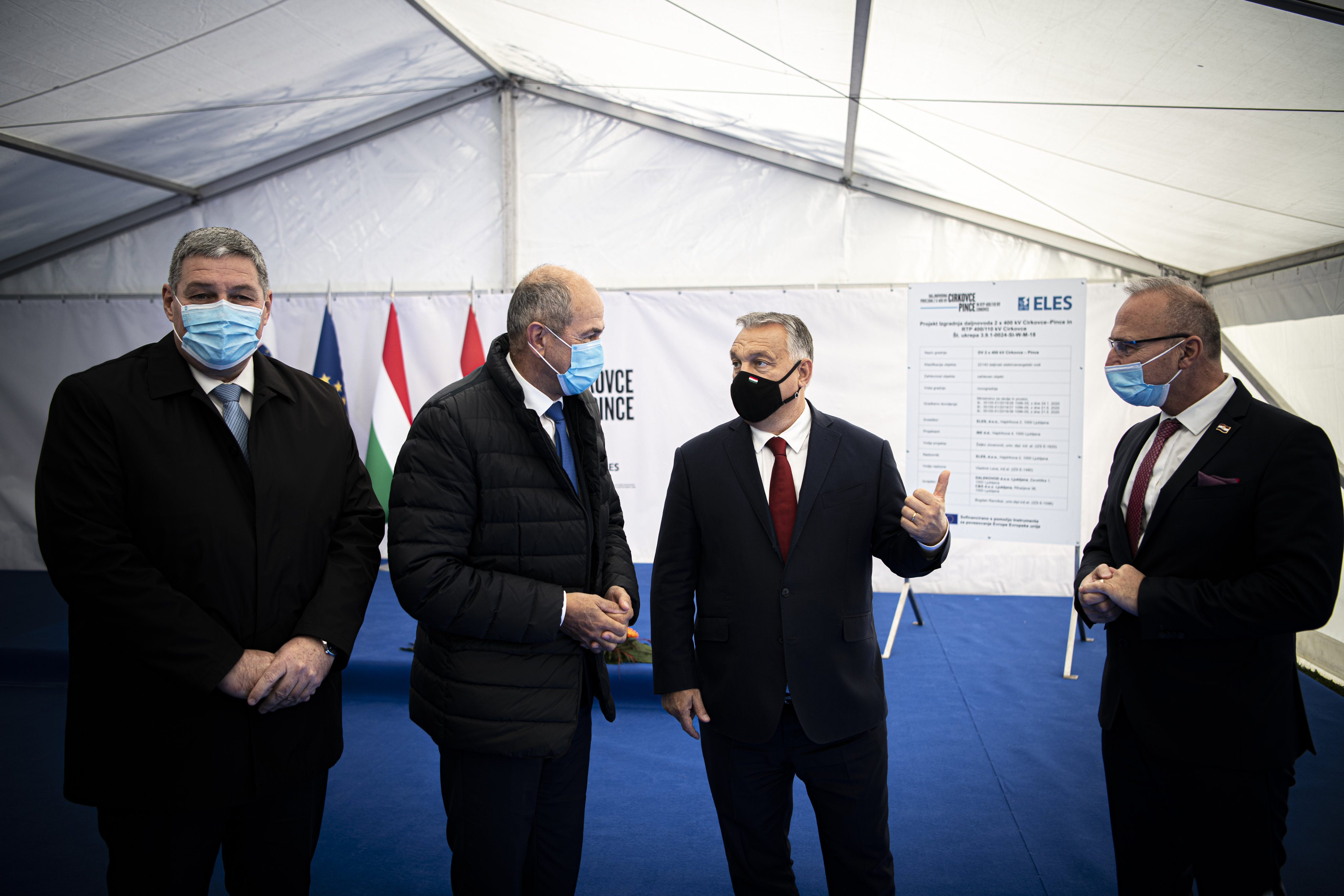 After 20 years of planning, the prime ministers of Hungary and Slovenia laid the foundation stone of the two 400kV high-voltage lines linking the electric grids of the two countries in Kidričevo, Slovenia on Wednesday.

“This not just an energy link, it is a link between two important countries established at an important moment,” Hungarian Prime Minister Viktor Orbán said at the event. He added that the role of Central Europe on the continent is on the rise and the relationship between Western and Central Europe is now rivaling the importance of the French-German axis, according to conservative daily Magyar Hírlap.

Orbán said that as a result of its increased importance, Central Europe has increasingly become a region targeted with geopolitical games, which is to be “considered natural and is not a problem, but a sign, indicating that the region has grown in importance”.

Slovenian Prime Minister Janez Janša said that the project’s beginnings date back to the year 2000, when both countries began accession negotiations with the European Union together with Croatia, which began accession negotiations later. The original idea was to complete the link between the three countries’ electric grids by the time they joined the EU. Hungary and Slovenia joined the EU in 2004 and Croatia in 2013.

“Let these 20 years be a reminder that the implementation of a project should never again take such a long time,” Janša said, adding that such tangible links give actual substance to abtsract political relations.

“A political connection in itself, without infrastructure links, is but dead letters on a piece of paper,” Janša said.

The project is expected to be completed in two years and should ideally be followed by a similar interconnection of the two countries’ natural gas pipelines and a capacity increase in existing rail links, Orbán said.