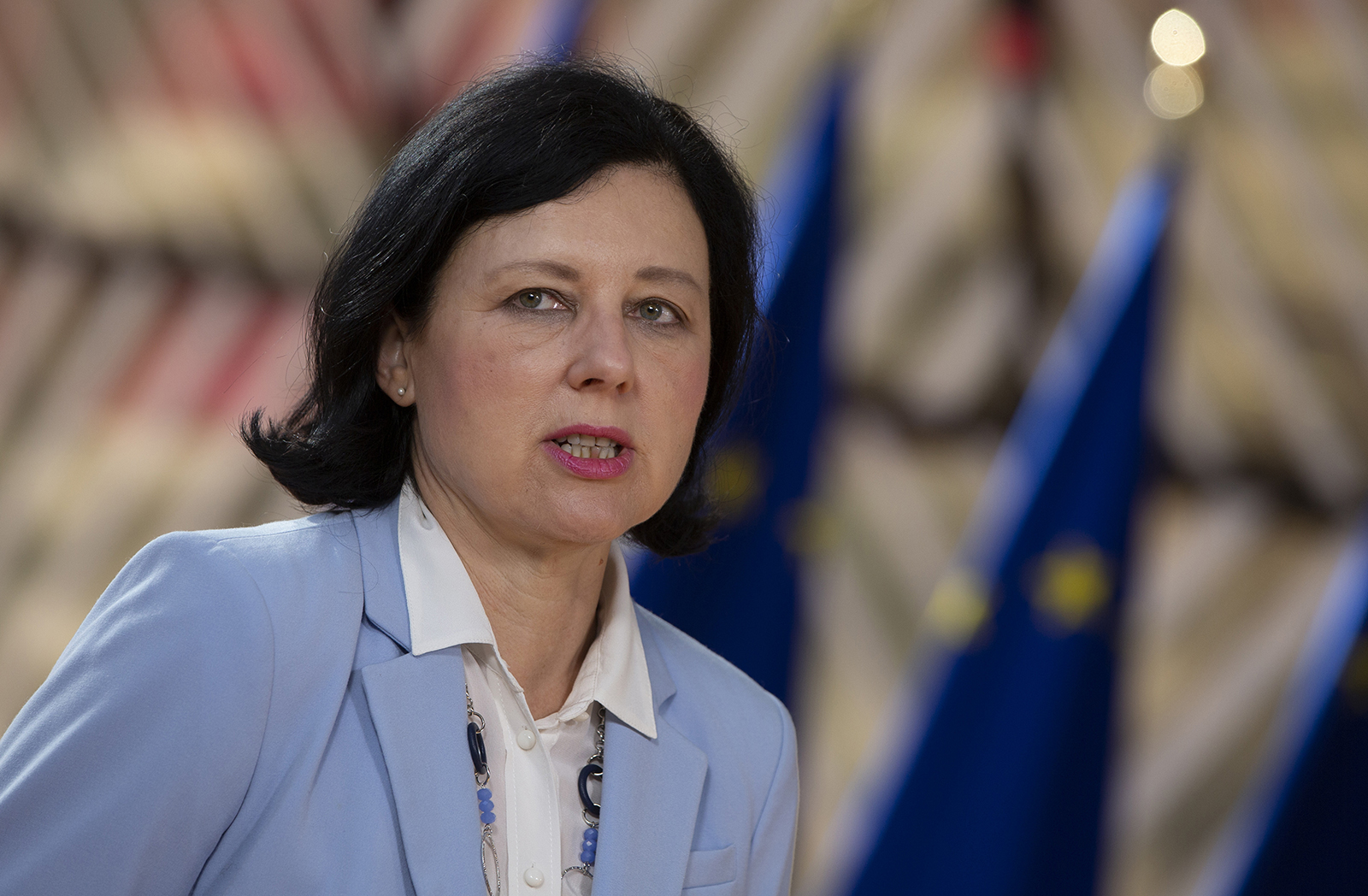 While the rule of law in Poland debate in the European Parliament Monday evening was focused on the rights of the LGBT community, issues related to Hungary also popped up, with one Dutch MEP targeting Hungarian Prime Minister Viktor Orbán.

In the politically charged debate, the European Commission was represented by its liberal vice-president, Vera Jourová, who once again lashed out at Warsaw’s policies, saying that Polish judicial reform remained a concern and the independence of Polish judges was not guaranteed at all.

“We are aware of more than 100 Polish territories where the fundamental rights of sexual minorities are denied,” she said, adding that the European Parliament’s latest debate on Poland had not been able to report any improvement on Poland since February this year. She also announced that the Polish situation will be discussed in the EU council as early as next week within the Article 7 proceedings against the country.

Jourová said that the committee is seeking a dialogue with Warsaw and would like to use the annual rule of law reports due in September. She did not mention that both Poland and Hungary refused last year at a council meeting that rule of law proceedings be based on European Commission documents.

Liberal Dutch MEP Sophia in ’t Veld, for example, who has often criticized Hungarian leadership, complained that dialogues with Hungary failed to produce any results.

“It’s been ten years since we’re in dialogue with Orbán and you can see where this is going,” she said.

“For years, Poland and Hungary have been the subject of proceedings based on ideological issues, which themselves do not meet the requirements of the rule of law,” Fidesz MEP Balázs Hidvéghi said. “The rule of law cannot be cited while at the same time applying different standards to member states.”

Enough with the double standards! Rule of law has been abused to merely become the liberals’ political weapon against right-wing governments. All member states should deserve an equal treatment. #EPlenary #Europe pic.twitter.com/nKncTPjT8g

“We cannot demand the rule of law by measuring Member States with different standards or by adopting measures containing false accusations, or conducting endless procedures against them.” Hidvéghi said. “The fact is that whenever a governemtn follows a truly right-wing policy, accusations of of breaching the rule of law will appear sooner or later.”

Polish Law and Justice MEP Patryk Jaki defended Warsaw, which he believes is subject to double standards. He enumerated a long list of policy areas in which Poland makes the same decisions as its EU partners, but the country is still subject to criticism.

“Do you think this is equal treatment?” he asked the liberal-majority of the EP session, accusing the session presidency for using communist-era methods.

“We in Poland are familiar with your ideology. In the past, we had communists using such language, calling censorship the protection of freedom just as you today describe taking action against left-wing thugs an attack on tolerance,” said Jaki.

Hidvéghi also mentioned the example of László Bíró, a politician of the far-right Jobbik party, who — despite his anti-Semitic remarks — is supported by Hungary’s leftist opposition parties.

“When László Bíró is the topic, not only is there no problem with the rule of law, but there are no answers either,” Hidévghi said, adding that it has become common practice for the EU institutions to use the rule of law as a political bludgeon against some member states.