Aaron Ramsey and Gareth Bale expected to be in the starting Welsh team. 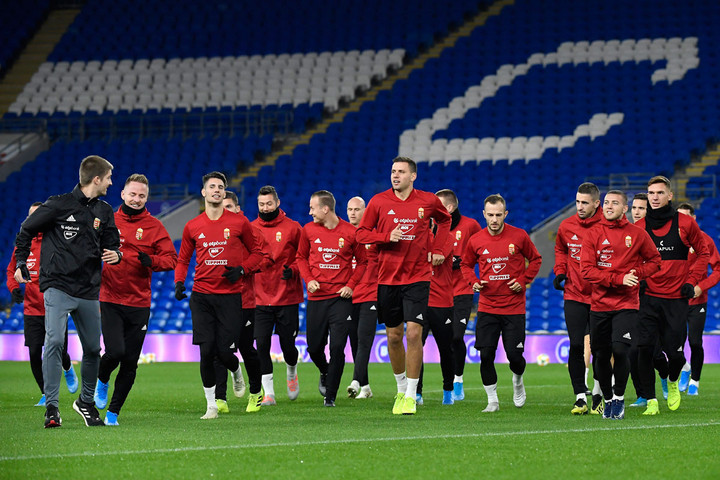 Tonight is the night: Hungary, Slovakia and Wales all battle for the single qualifying place for next year’s Euro 2020 final tournament.

In the E group, consisting of five teams, Croatia has its first place assured with 17 points accumulated in eight matches, of which it won five and drew two. Azerbaijan, with a single point, stands no chance.

Hungary has 12 points, Wales 11 and Slovakia 10, so in theory any of the three teams could make it.

If Wales beats Hungary in Cardiff, they automatically get second place. In order to qualify, Hungary must either win or at least obtain a draw and hope that Slovakia will not beat Azerbaijan in Trnava Stadium. Slovakia can qualify it they both beat Azerbaijan, and Wales does not beat Hungary.

“Except for the first twenty minutes, Friday’s stadium opener [friendly match] against Uruguay has shown that we do stand a chance against the world’s best national teams,” Hungarian manager Marco Rossi  “With the exception of the away match against Croatia, this was also true for all our matches in this qualifier group. The first twenty minutes will be crucial, as we expect to be under full-on attack.”

Wales manager Ryan Giggs said, “It’s in our hands. It’s a great, exciting challenge for us but we need to finish the job – it will be a very, very difficult game.”

Both the Slovakia-Azrebaijan and the Wales-Hungary matches start at 21:45 Eastern European Time.