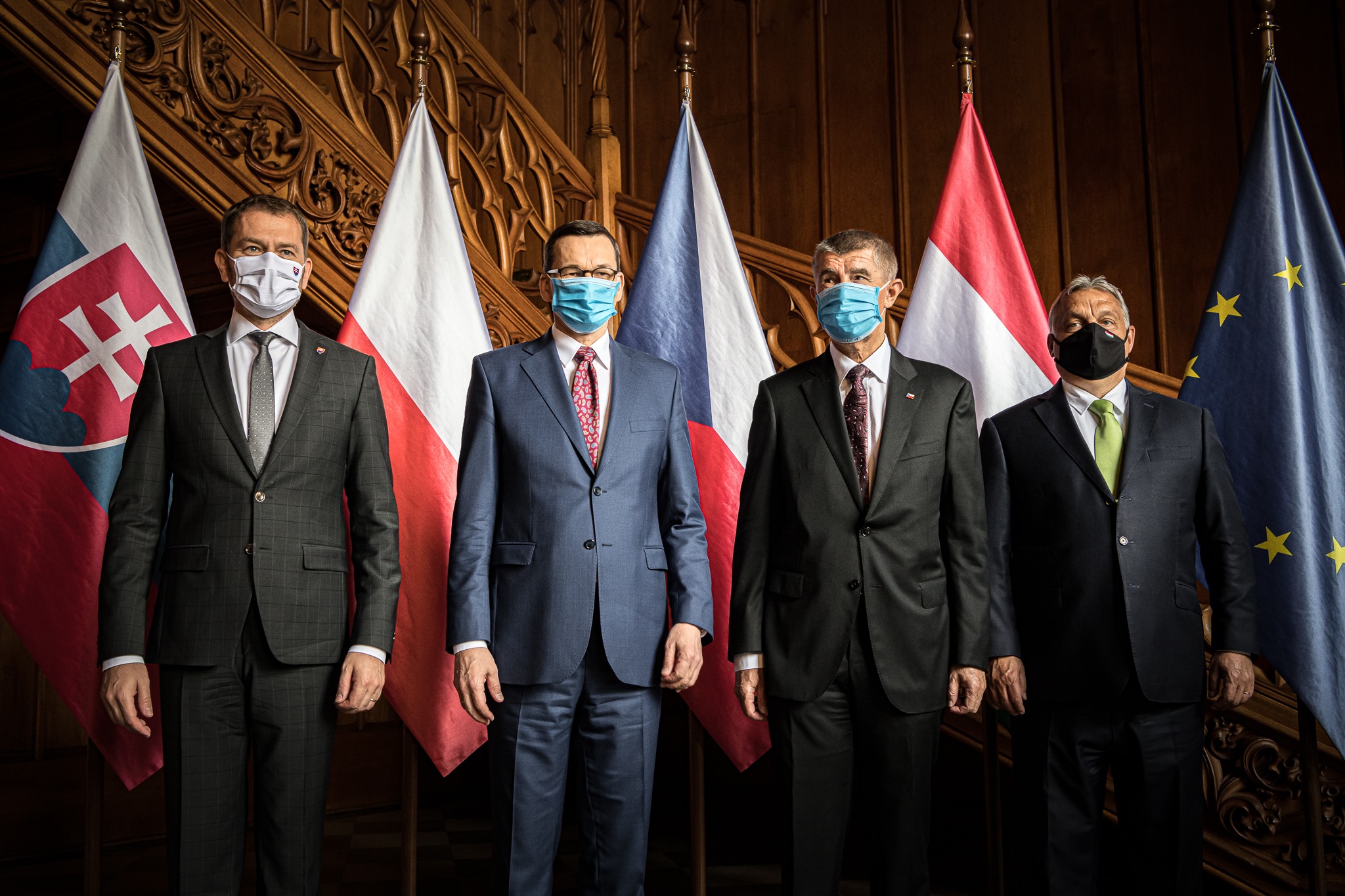 After an evening of tense negotiations, the leaders of the Visegrad Four (V4) nations of Hungary, Poland, the Czech Republic, and Slovakia once again presented a united front on common goals before the European Council summit on June 19 concerning coronavirus recovery funding and the seven-year EU budget, reports portal dorzeczy.pl.

Thursday’s meeting of Visegrad Four prime ministers in Lednica in the Czech Republic was part of the consultation process to discusses differences and determine how the four countries should approach funding negotiations with the EU.

The most important topics discussed was the proposal for the seven-year Multiannual Financial Framework for the upcoming budget between 2021 and 2027 as well as the European Reconstruction Fund (ERF) project.

It is no secret that the interests of V4 countries different in case of the latter.

Prior to the meeting, the Polish Prime Minister’s Chancellery stated that in the case of the ERF, Poland pointed out the merit of essential financial support for EU states affected by the coronavirus crisis so long as there are just mechanisms to distribute those funds that take into account the wealth of particular states.

The Polish representatives were working to ensure support for this issue from the V4 as a whole.

Polish Prime Minister Mateusz Morawiecki stated at the press conference that V4 states have managed to create a unified position towards the EFR.

“We had incredibly important talks in Lednica. The differing positions of the states towards EFR have become, and much points to new energy for the EU being released from the countries in our region,” said a source quoted by dorzeczy.pl.

The source in the Polish delegation emphasized that the V4 believes the EFR cannot replace treaty policies, and they must be supported by the Multiannual Financial Framework, adding that convincing Hungarian Prime Minister Viktor Orbán to support the EFR was a great success of the meeting.

Still, Orbán stated during the meeting that he has serious doubts about the EFR, who said he finds it unfair in its current form.

“It is a moral problem that overall the rich countries would receive more money than the poorer ones and this cannot remain as it is,” Orbán said, adding that while Hungary has a fundamentally positive approach to the plan, that the “absurd elements must be removed” if Hungary is to agree to the plan.

The Polish source also pointed out that the claims that a joint V4 position would be impossible due to a veto from the Slovakian Prime Minister Igor Matovič were completely unfounded.

“Owing to the efforts of Prime Minister Morawiecki, common benefits won. This is no accident — this is how politics is done. It is possible that soon all prime ministers will come to Warsaw but much depends on coronavirus situation,” he concluded.

After the meeting, Morawiecki explained that different regions in the EU require different help and only by addressing these differing needs can the new European funds help secure economic growth in the entire Union.