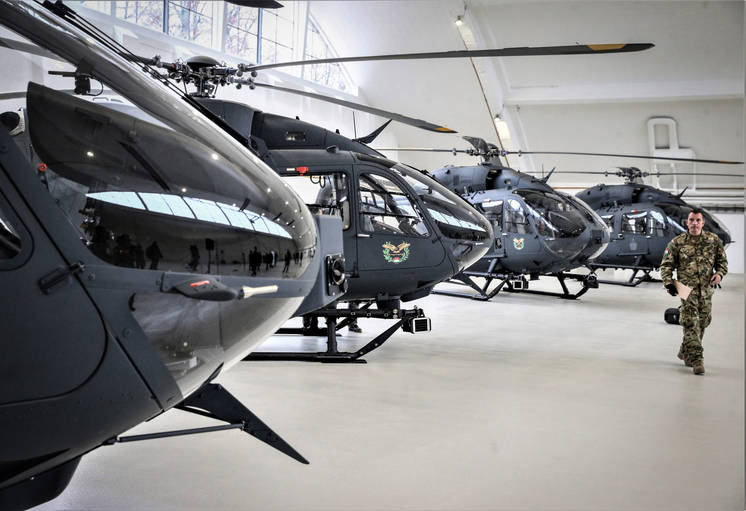 He added that while the coronavirus pandemic delayed the delivery, the German factory did not halt production and the schedule will remain unchanged for the delivery of the remaining aircraft.

“In line with the previous agreed upon delivery schedule, 18 helicopters will have been delivered by the end of the year,” Koller said.

The new helicopters require a radically different support infrastructure than the outgoing Soviet models, meaning that the Szolnok base will shortly begin the construction of new hangars to house the aircraft, which are temporarily kept in maintenance tents built by a Romania-based Italian contractor.

The H145M will replace the Hungarian Air Force’s 14 Soviet Mi-17 utility helicopters. The helicopters that will play a potential combat role will all have Airbus’ highest H-Force armament system.

The Hungarian Air Force also has 16 Airbus H225M “Super Puma” multi-role helicopters on order to replace its Mi-24 helicopters. The H225M models can serve as troop transport, combat search and rescue or special operations support and have all-weather capabilities, including night vision.

Currently, the only large question mark is the future of its fighter fleet, as the lease of its 14 JAS 39 Gripen Swedish multirole aircraft will expire in 2026.