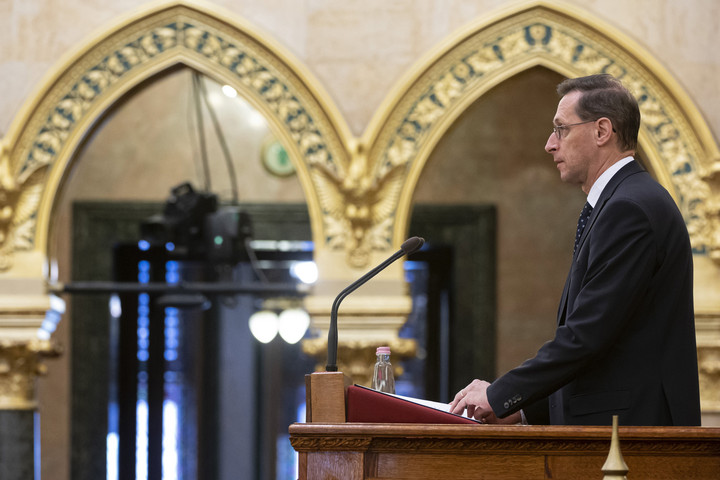 Hungary’s 2022 budget is targeting a robust 5.2 percent economic growth while simultaneously reducing — even if only by a small margin — the country’s public debt ratio, Finance Minister Mihály Varga said in parliament on Wednesday during the debate of the budget bill.

He emphasized that next year’s budget will focus on the economic relaunch action plan, which is the largest economic program in the history of modern Hungary. Implementing the action plan will allow everyone affected by the epidemic to recover, he said.

He explained that this also means that budget funds are also used so that everyone who has lost their job can get it back or get a new job, and every entrepreneur who has had to close their business can restart or, if possible, continue to develop.

“The goal is for Hungary to be one of the five most successful countries in the European Union by 2030, and the crisis will continue to be managed not only by austerity but by increasing subsidies and tax cuts, putting the budget deficit and public debt on a declining path again,” he said.

He indicated that based on Hungary’s internal resources and strong expansion capacity, the bill envisages a deficit target of 5.9 percent of GDP, moderate inflation of 3 percent, and dynamic economic growth of 5.2 percent. A key goal remains to put the debt ratio on a declining path so that public debt falls below 80 percent this year after 80.4 percent last year and to 79.3 percent of GDP next year, he explained.

He noted that the conservative planning approach of previous years was also preserved, so a 233-billion-forint (€660 million) safety reserve was created to manage the risks arising from the changing circumstances and to finance unexpected expenses.

The minister also spoke about the fact that, considering the structure of the 2022 budget, the proposal preserves the two basic pillars of this year’s budget: the Health Insurance and Epidemic Protection Fund has about 3.6 trillion forints available for health care and, if necessary, epidemiological expenditure, while the economic restart action plan includes an amount of 13 percent of GDP, amounting to 7,308 billion forints.