The coronavirus pandemic has changed global politics and the economy 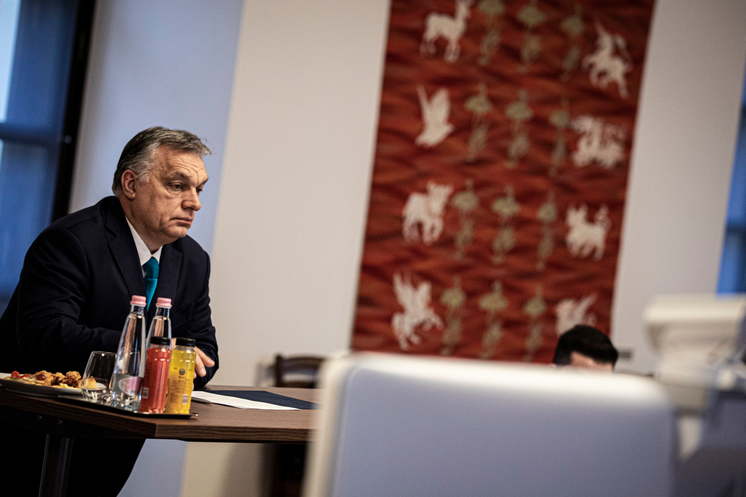 The coronavirus pandemic has brought fundamental changes in global politics and economies, and countries must adapt to the new realities, Hungarian Prime Minister Viktor Orbán said at the 9th China-Central and Eastern Europe summit, which this year was held online.

“This crisis has changed everything. It has torn us out of our comfort zone, ushered in a whole new era of world economy and global politics, and presented states with a double challenge. We need to protect the lives and jobs of our citizens at the same time,” Orbán said, adding that the pandemic remains dominated by shortages, although of a different nature.

“Although a whole year has passed, we are now exactly where we were last spring: the whole world wants to buy a product whose supply falls far short of demand. What was a mask and a ventilator a year ago is now the vaccine,” Orbán said, adding that vaccination is the only solution to the crisis.

The Hungarian Prime Minister also spoke about the fact that, as the lives of citizens and the recovery of economies are at stake, we need more constructive East-West cooperation than ever before based on mutual respect and goodwill.

The conclusion of negotiations on a China-EU agreement on mutual investment protection was a good step in that direction, he added.

Orbán said Hungary is grateful to the People’s Republic of China and personally to President Xi Jinping for all his help in this challenging period. He recalled that last year an air bridge was established through which tens of millions of medical devices were transported to Hungary from China. Chinese companies also took advantage of the investment opportunities provided by the Hungarian Economic Action Plan and brought significant projects to Hungary, which made China the number one investor in 2020.

Orbán underlined that Hungarians support free and fair global trade, which is more important today than ever.

“The fewer barriers to economic and trade cooperation, the faster our economy can recover,” he said, congratulating China for the creation of the largest free trade area in world history, the so-called Regional Comprehensive Economic Partnership (RCEP), and expressed hope that negotiations between the RCEP and the European Union on future cooperation would begin soon. The 17 + 1 format can serve as a good engine to achieve this goal, he added.

At the summit, Orbán paid tribute to the Chinese scientific community for developing a vaccine against COVID-19. He thanked Hungarian experts for visiting the production sites and consulting with Chinese experts.

“I have received very reassuring reports from our delegation, based on which our national regulatory authority has issued an authorization for emergency use. We appreciate the constructive attitude of the Chinese authorities, which enabled us to sign the contract for the purchase of the vaccine,” he said, adding that he expects the first shipment of Chinese vaccines to arrive as early as next week.