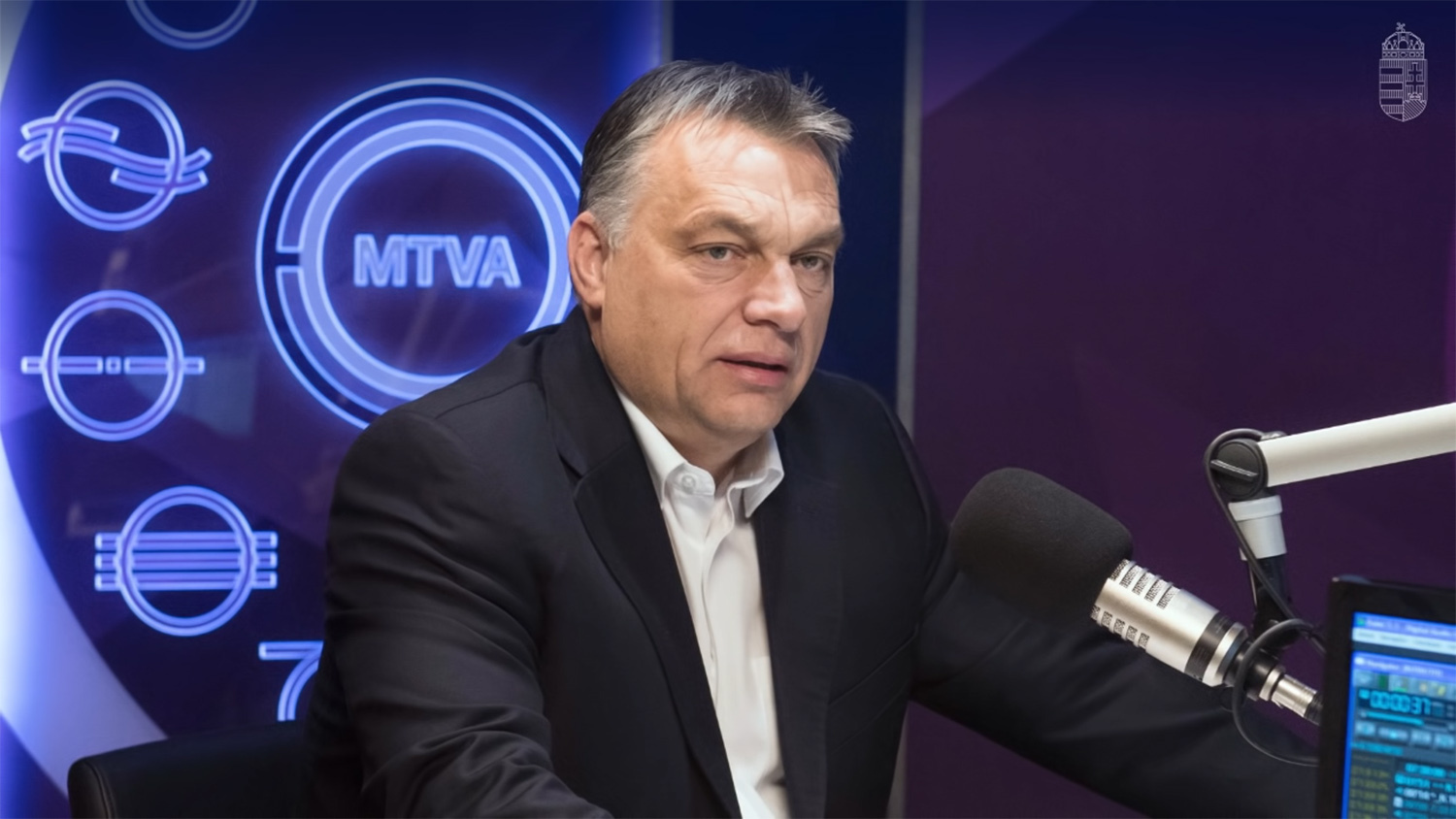 Western Europe has a marked tendency towards liberal imperialism, with this trend often supported by the international courts, Hungarian Prime Minister Viktor Orbán said in his weekly interview on national station Kossuth Rádió on Friday.

“I am going to use a strong expression: There is a liberal imperialism in Western Europe, with the participation of the American Democrats [and] the American left, which is attempting to force its world vision, choice of values and concepts — including its views on families, its views on migration, on work or more particularly its views on unemployment — on countries that have a different thinking about family, migration, order, and so on,” Orbán said, adding that the international courts are often part of this network.

“I don’t like the simple solution of imagining a conspiracy behind every complex international phenomenon, but regardless, conspiracies do exist and there are also organized efforts of background powers and this is obvious from some court rulings,” Orbán said.

He was referring to the fact that on Thursday the European Court of Justice (ECJ) ruled that a 2017 Hungarian law on the foreign financing of NGOs “introduced discriminatory and unjustified restrictions” and went against the principle of free flow of capital within the European Union, according to Magyar Nemzet.

A law designed for transparency

In 2017, the Hungarian Parliament introduced a law that to ensure transparency of foreign-funded NGOs, which required them to register in a government system if the amount of donations they received from foreign sources crossed a certain threshold. The government pointed to the fact that politicians are prohibited from receiving foreign funding but NGOs, many of which participate in political activity, have no such restrictions.

On national radio, Orbán pointed out that liberal pro-migration forces in the EU are increasingly tied to billionaire financier George Soros’s Open Society Foundation, which has clear goals to liberalize Hungary and other conservative European countries.

“Since we know who the Hungarians are who otherwise are a part of international rulings, especially those that have aspects of human rights, it is very easy to find the link with the international Soros network, which is otherwise the Western European headquarters of this liberal imperialism.”

Despite the ruling, the government says it will continue to insist on the transparency of NGOs, and pointed to sections of the ECJ ruling that even seem to support the government’s position, including where the court admits “that the objectives relied upon by Hungary, consisting in increasing the transparency of the financing of civil society organizations, […] are in principle legitimate.”

‘I don’t know whether to laugh or cry’

Referring to a recent wave of vandalism in Western Europe, Orbán also hinted that the countries who cannot maintain order at home shouldn’t lecture Hungary on good governance.

“I also see that law enforcement and police are on the streets and yet there is a wave of violence. Statues are being toppled, the conditions are deplorable, and there are gang wars on the beautiful streets of small towns in civilized Western European countries,” Orbán said. “I look at the countries of those who are advising us how to conduct our lives properly and on good governance, proper operation of democracy, and I don’t know whether to laugh or cry.”

He said that what most people thought at the time of regime changes that saw the end of Soviet rule in Europe at the end of the 1980s, was that the solution was to simply copy the Western model, but this line of thinking has been disproven by now.

“If I look at the map of Western Europe today, 30 years later, I see that people are dying for lack of proper care. I see that we have to rescue three of Europe’s four largest economies heading towards bankruptcy. I see that several Western European countries are facing a 10 percent decline in economic performance,” Orbán said.