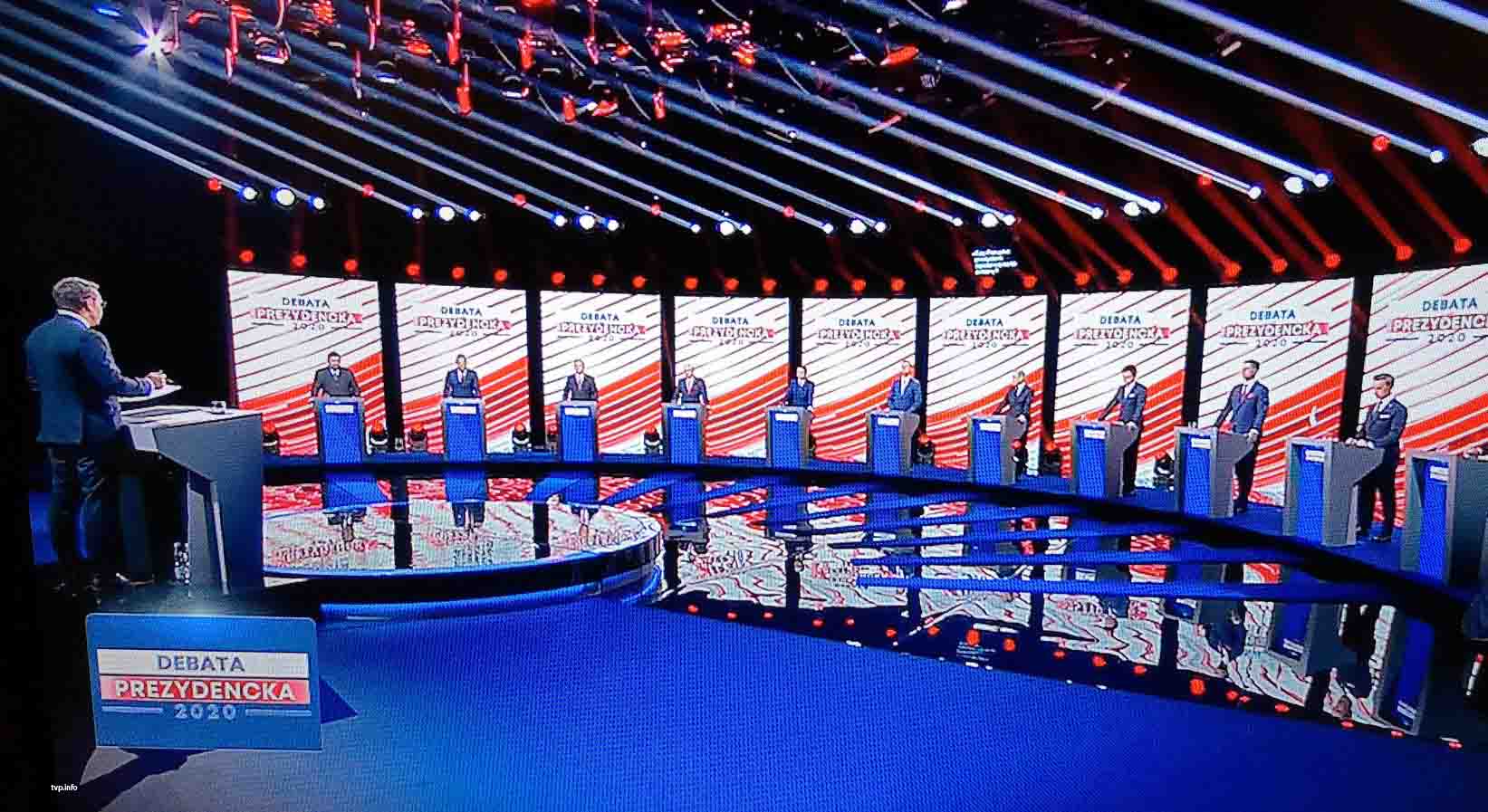 Over seven million viewers watched this spectacle. Though candidates criticized the questions, it seems they captured the attention of many viewers, who stayed tuned to their TV sets.

These issues may have caused discomfort to some, but they were still important.

No candidate apart from the two who lead in the polls dared attempt to broaden his appeal. All were appealing to their core electorates.

Wanting to appear at odds with President Duda on every issue, the radical right’s Krzysztof Bosak criticized questions on LGBT and the euro and repeatedly attacked the president and public television. Bosak seemed to sympathize much more readily with the main liberal challenger.

The Left’s Robert Biedroń wanted President Duda to apologize for the head of state’s views on LGBT. But he failed to provide any reasons for voting for the Left in this election.

The Polish People’s Party’s (PSL) Władysław Kosiniak-Kamysz missed his moment in May when the liberals were at their weakest and some people were looking for an alternative. Now that the liberals have swapped candidates, he is nowhere.

Szymon Hołownia, the independent TV celebrity, fails to convince. He claims to be a Catholic but attacks the Church at every turn.

The debate was not a game changer, but it has changed the dynamic of the race.

President Duda came across as calm and modest. He did not appear arrogant, an image that hurt his predecessor. He talked a lot of the future and reassured voters about his and his government’s efforts to combat the pandemic. The head of state refused to be provoked but managed to get his punches in against his opponents and their records in government.

The debate was not a game changer, but it has changed the dynamic of the race. The myth of Trzaskowski as a dynamic candidate was shattered. When faced with real opponents, he showed that it’s not as easy as rehearsed campaign events.

He is not so strong in a real fight. Duda is in good form despite having been on the campaign trail for months and did not benefit from a bonus like the gift Trzaskowski received from Jarosław Gowin, the former deputy PM whose opposition to a May election caused it to be invalidated. But the fight will not be easy.