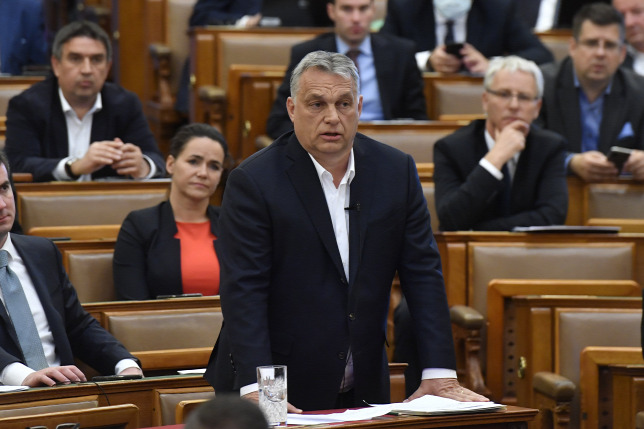 The Hungarian government’s successful handling of the coronavirus pandemic has boosted the popularity of Hungary’s ruling conservative Fidesz party, a recent poll of the Nézőpont Insitute showed. Since the beginning of the year, Fidesz managed to increase its popularity among decided voters to 55 percent from 50 percent.

The poll shows that while Fidesz managed to gain five-percentage points in popularity, support for six out of the seven opposition parties surveyed remained either unchanged or declined, with the exception of Hungary’s largest opposition party, the Democratic Coalition. But in their case, the one-percentage point gain they experienced from March to April, going from 12 to 13 percent, was well within the poll’s error of margin.

Support for three of the opposition parties was so low that if elections were to be held now, they couldn’t pass the five-percent parliamentary threshold.

Seventy-two percent of those polled found the government’s measures adequate against the pandemic so far. With regard to the movement restrictions, 64 percent deemed them strict enough while 30 percent would like to see stronger measures

The poll also showed that the majority of Hungarians were taking the restrictions seriously, including 37 percent who said they didn’t go anywhere the day before while 61 percent said that besides their family members, they didn’t meet anyone for longer than 15 minutes.

The poll showed that 64 percent said they believed the government will end the state of emergency as soon as it is no longer warranted.

According to the latest official count, Hungary had 1,984 confirmed coronavirus cases, 199 casualties, 267 cured and 11,240 people in mandatory home isolation. Prime Minister Viktor Orbán said over the weekend he expected the epidemic to peak in Hungary on May 3.

The poll was conducted between April 16-18 over the phone on a representative sample of 1,000 people and has an error margin of five percent.