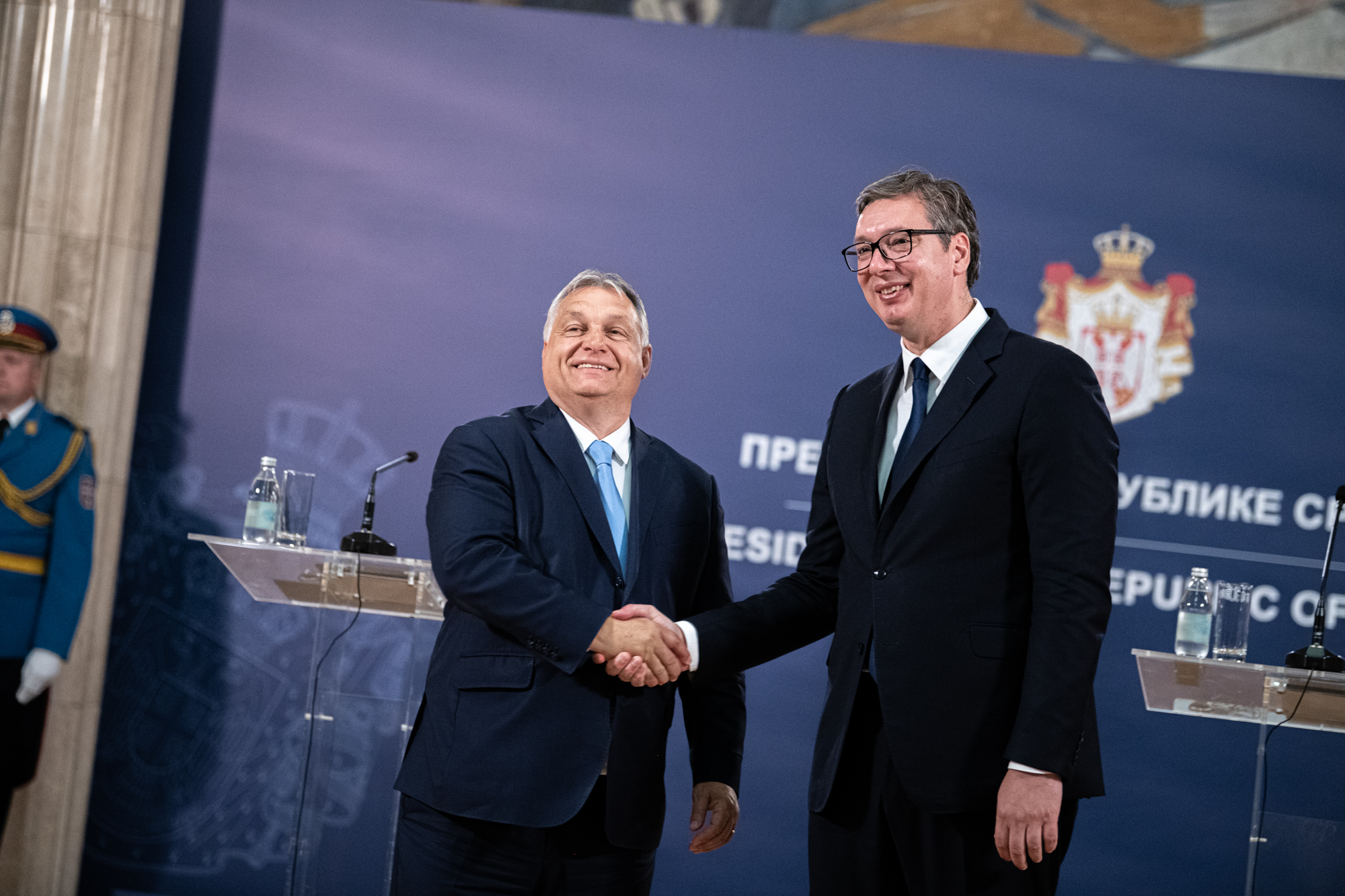 Hungary will give Serbia all the support it needs to become a member of the European Union, and if Hungary has difficulties, it can count on Serbia for support, Prime Minister Viktor Orbán said in Belgrade on Thursday, where he held talks with Serbian President Aleksandar Vučić. It was there that Vučić also emphasized that Hungary had played an important role in building stability among the Western Balkans, for which they were very grateful.

“The leaders of the Central European states must recognize that short-term interests are overridden by the community of destiny. This attitude can guarantee the future security and stability of the region,” Orbán said in Belgrade at a joint press conference with Vučić.

Both the Hungarian Prime Minister and the Serbian President emphasized that in addition to personal friendship and good relations, the fruitful economic co-operation between the two countries also led to bilateral relations that have never been better, covering all areas of life.

According to President Vučić, the Serbian people will never forget that Orbán and Hungarian diplomacy have often come under pressure in attempts to expedite Serbia’s accession to the EU, often in the midst of criticism, and Hungary uses every opportunity to emphasize in Brussels and in all international forums that the European Union cannot be complete without the Western Balkans.

There is no vacuum in geopolitics – if the European Union does not achieve the integration of the Western Balkans, something else will take its place. Vučić pointed out that under the leadership of Prime Minister Viktor Orbán, Hungary maintains ever closer relations with Serbia in a commercial sense. Hungarian companies have made 16 major investments in Serbia over the past year alone, Viktor Orbán pointed out.

Vučić also emphasized how much the policy of the Hungarian government has impacted the recent relationship between the Hungarians of Vojvodina and the Serbs. Orbán pointed out that at the time of his country’s accession, Poland was the pivotal country:

“Without Poland, the other states in the region would not have been able to become members of the EU, and Serbia was the key country for the accession of the Western Balkans,” Orbán said. “EU decision-makers do not always see clearly that Serbia’s membership may be more important to the Union than to Serbia.”