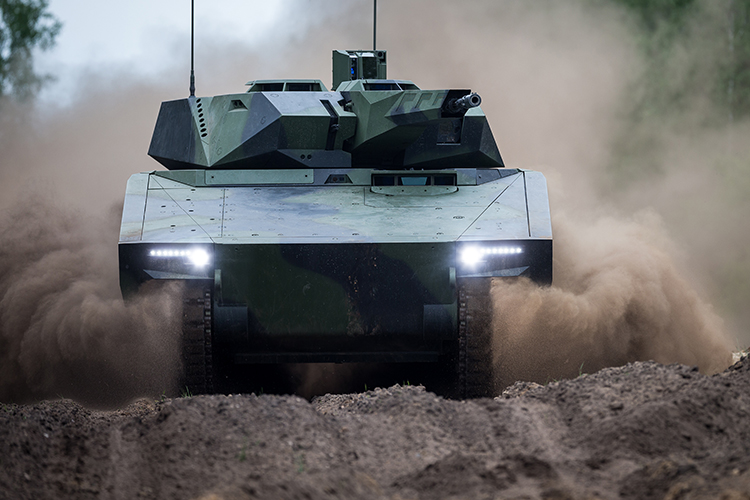 The Hungarian Defense Ministry and German defense contractor Rheinmetall AG announced on Thursday that they will establish a joint production facility for Lynx infantry fighting vehicles (IFVs) in the western Hungarian town in Zalaegerszeg, where the majority of the armored vehicles will be produced, in effect establishing the largest military production facility in the country.

“The national defense and armed forces development program includes the establishment of the military industry, research, development and cooperation with [Hungarian] settlements,” Defense Minister Tibor Benkő said at a ceremony in Zalaegerszeg.

As Remix News previously reported, Hungary signed on Aug. 18 a €2 billion ($2.38 billion) agreement with Rheinmetall for the purchase of what was at the time an undisclosed number of Lynx KF41 IFVs. While both sides initially said that the deal will include the creation of a production facility in Hungary, it was unclear how large it would be or where it would be located.

Thursday’s announcement has unveiled the details behind the agreement. Security policy analysts’ original estimate that the number of vehicles to be purchased will be between 210 and 220 turned out to be accurate. Benkő announced that a total of 218 such vehicles will be purchased, of which 172 will be assembled at the Zalaegerszeg facility.

The military production base will require an investment of  60 billion forints (€168 million) and besides the actual plant, it will also include an adjacent 20 hectares (49 acres) test track and will create an estimated 500 jobs.

Rheinmetall is currently also participating in a Czech tender to supply their armed forces with a similar number of Lynx IFVs, and should it win, it would be a major breakthrough for the German company, as currently the Lynx — a cross between an armored personnel carrier and a light fighting vehicle — is a new concept and yet to be adopted by NATO armies.