The Hungarian Foreign Minister cannot be intimidated by Ukraine, state minister at the Foreign Ministry Tamás Menczer said in the latest development in a Hungarian-Ukrainian diplomatic row over the dual citizenship of ethnic Hungarians in the Ukraine. 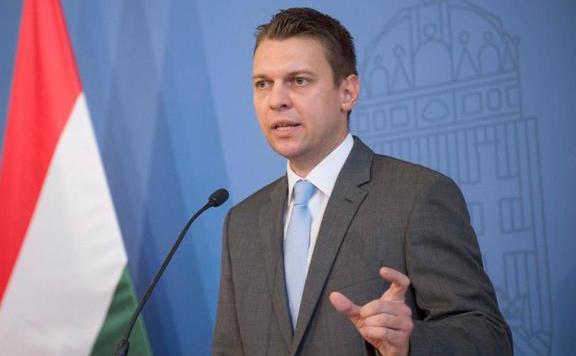 Anti-Hungarian attacks in Ukraine have the backing of their government and state, Menczer said at a Budapest press conference on Sunday after a radical Ukrainian website included Hungarian Foreign Minister Péter Szíjjártó on its list of the “enemies of Ukraine”.

At a meeting of the countries’ foreign ministers on the sidelines of a U.N. conference in New York, Ukrainian Foreign Minister Pavlo Klimkin admitted that the Ukrainian law does not forbid dual citizenship, nor is it a criminal offence to withhold information about dual citizenship from the Ukrainian authorities.

Klimkin said in an interview recently that he “does not exclude” that Ukraine will expel the Hungarian consul in Beregovo, adding in a later interview that Ukraine might do so if Hungary does not recall him.

Menczer said the hidden recording at the Hungarian consulate was a “breach of every written and unwritten rule of diplomacy”, adding that the officer in charge of the Hungarian Foreign Ministry’s security was informed about the fact that Szíjjártó was included on the list of Ukraine’s enemies and all necessary safety precautions have been taken.