Is NATO preparing to kick Turkey out of the alliance?

The NATO summit featured tough talk on China and Russia, but there was silence on perhaps the biggest story taking place behind the scenes 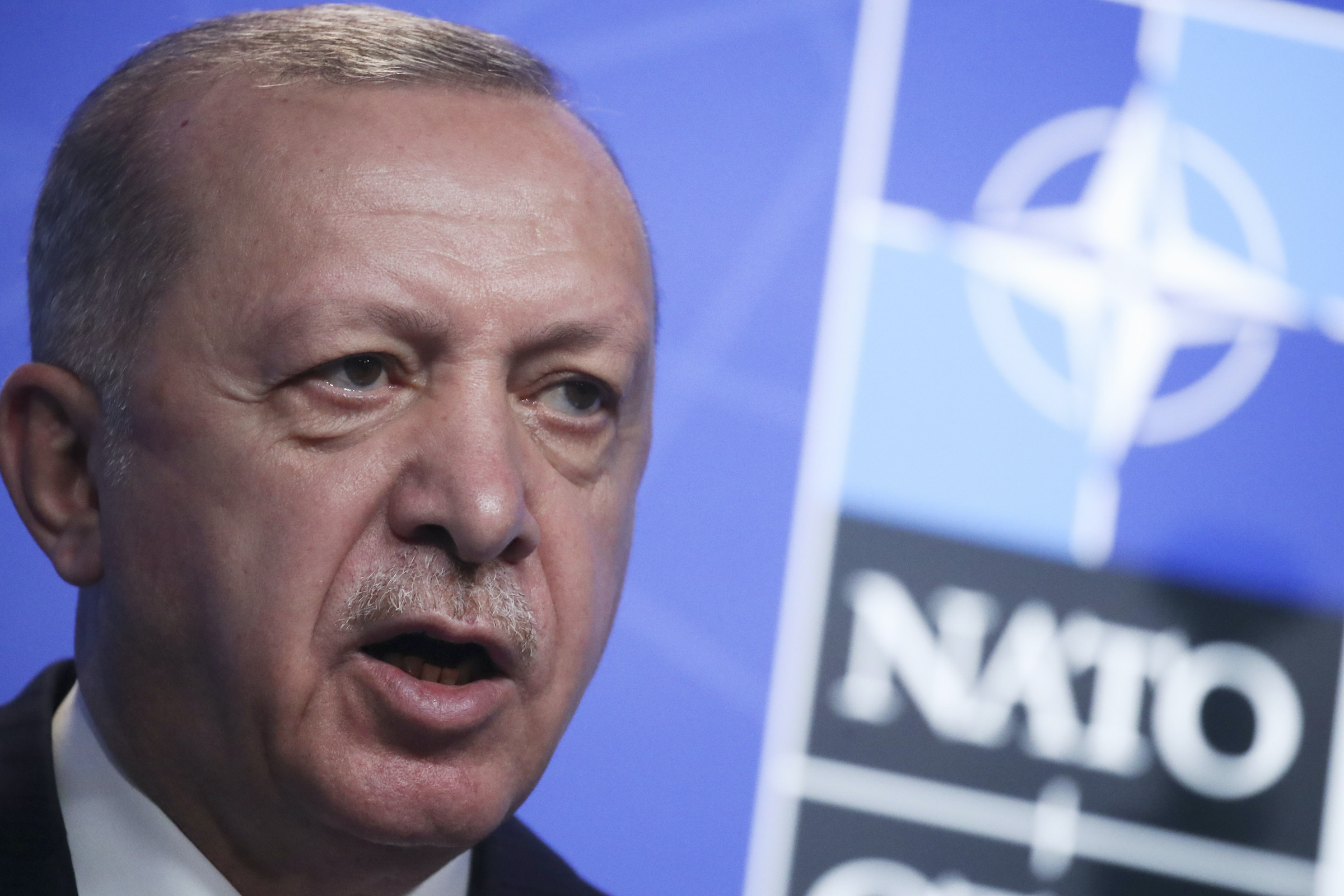 World leaders have gathered in Brussels on Monday to create a roadmap for their defense strategy covering the next nine to ten years, but . Representatives of the 30 NATO members have adopted a strategic plan outlining their visions until 2030, a declaration dominated by references to China and Russia. Although the official agenda and conference contributions were dominated by the threat from the two emerging superpowers, behind closed doors the delegates had to discuss another urgent matter, the details of which did not quite make it to press releases. This question was Turkey’s continued future as a member of the North Atlantic alliance.

According to statements from top NATO officials, China does not pose a direct territorial challenge towards NATO members. In the words of NATO Secretary-General Jens Stoltenberg, China is not an enemy, but due to its emergence as a military, political and economic super-power, it does pose a serious challenge for the alliance. NATO members clearly prefer economic measures when tackling China’s increasing dominance, as has been outlined by the common declaration during the G7 summit in the UK just a day before. In this, members of the G7 have agreed to channel more investment into smaller to mid-sized countries where China has been seen as an increasingly dominant influence.

NATO delegates have, however, been more outspoken with regards to Russia, identifying it as the main military as well as political threat facing the alliance. Special attention was paid to the hybrid warfare Russia is conducting in cyberspace, namely the spread of what the alliance claims is fake news, disinformation campaigns and cyberattacks against infrastructure targets. However, in recent years and months, the tough talk has not been matched by corresponding action that would have put Moscow under any effective pressure. Germany’s continued support for the Nord Stream 2 pipeline, and the US’s unconditional removal of sanctions on the pipeline — the only real threat that could have brought the Russians to the negotiating table — indicates that Vladimir Putin has little to fear from a divided and politically disjointed alliance.

US President Joe Biden had little to add to the strategic vision being outlined at the summit other than his reassurance that the US is there for its allies in Europe. Biden, however, had his mind set on resolving a more urgent task that has been causing a rift between NATO partners for a number of years. At 5:00 p.m. on Monday, he had a meeting with Turkish President Recep Tayyip Erdoğan, and according to observers, this meeting could have been the last attempt to keep Turkey within the NATO alliance.

The reasons for the rift between Turkey and some other members of the alliance are well documented. Perhaps the most spectacular fallout was caused by Turkey’s decision to purchase the Russian-made S-400 air defense system, that had resulted in the country being ejected from the F-35 fighter jet program. Yet, tensions have been high ever since the war on the Islamic State terror group that Turkey was accused of supporting covertly via purchases of oil from their illicit refineries.

Erdoğan’s decision to pursue Kurdish armed groups beyond the borders of Turkey has complicated matters further, as Kurdish fighters have been an important ally to NATO in their war against militant Islamists and Bashar al-Assad’s tyrannical regime in Syria. Provocations against Greece and Bulgaria, a hybrid warfare against Armenia, as well as the use of dangerous rhetoric against Israel, escalated matters to the point where several NATO members have started to question Turkey’s commitment to the joint vision and goals that the military alliance stands for.

Matters are further complicated by the fact that a core condition for NATO membership is adherence to democratic values in internal affairs, an area where Turkey has been lagging behind for years. Cracking down on internal opposition, students, dissenting public servants, the press, and incarcerating thousands of members of the political opposition swept Turkey to the periphery of NATO’s political core. If reports are right, Ankara is one misstep away from being formally sidelined within the alliance, which could speed up the process towards ejection from NATO.

Erdoğan’s ace up his sleeve is Turkey’s large military budget and powerful armed forces, but this will not be enough to remain in the club if Ankara keeps undermining the alliance’s efforts in the Middle East and the Mediterranean.

Biden’s alternative in the region, in case the relationship with Turkey would reach a breaking point, is the West’s strong cooperation with Jordan, an ally that maintains a strong relationship not only with the US, but other NATO partners as well. The German air force has already relocated its bases from Turkey to Jordan, and the US might soon follow suit. For now, the only reason keeping NATO members from such a final escalation is the fear that in case of an ejection, Turkey would shift towards a closer alliance with Iran and Russia. However, if Erdoğan were to go solo against the alliance’s interests again, the stage is set for the end-game between Turkey and its Western allies.