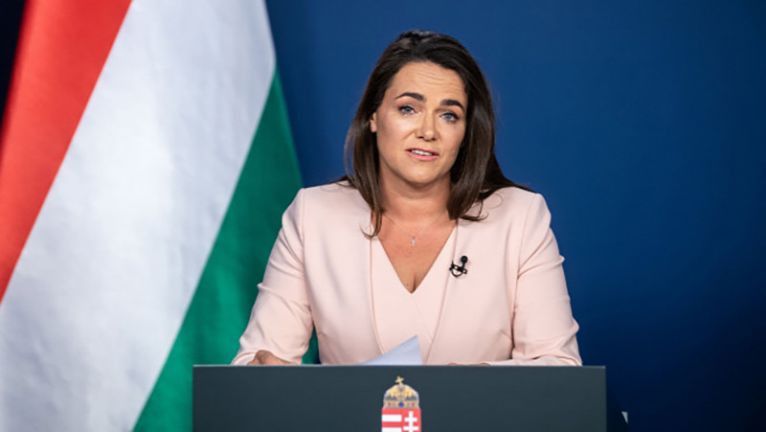 A key architect in Hungary’s attempt to increase its country’s birth rate, Hungarian State Secretary for Family Affairs Katalin Novák, has been promoted to the rank of minister without portfolio, Prime Minister Viktor Orbán said on Saturday in an interview with national television channel M1.

“We are creating a position of minister without portfolio for family affairs,” Orbán said. “There is no one else more suited for this position than Katalin Novák, who has been working as state secretary for family and youth affairs since 2014.”

The Hungarian population had been steadily declining since 1981, so Prime Minister Viktor Orbán’s government decided in 2010 to build a family-friendly country where young people about to have children and families with children are a priority.

Since then, Novak has been behind many of the pro-family policies Hungary has used to successfully boost its birth rate. Novak had emphasized Hungary has shown that Europe that it is possible to reverse negative demographic trends with the right policies.instead of pursuing replacement through migration, as the European Commission views as necessary.

It is a great honor to have the opportunity to continue to work for families as a Minister from 1 October.

The goal is the same: reversing demographic tendencies by strengthening families and enabling young couples to realize their family goals! pic.twitter.com/9JiKGsDTnv

Novák, 43, has a degree in economics and several post-gradual course at foreign universities such as the French École Nationale d’Administration. She has worked in public administration since 2001 at various ministries, is the vice-president of the ruling conservative Fidesz party since 2017, and an MP for the party since 2018. She has three children and speaks German, French and English and has a decent command of Spanish.

“Family support is not simply an expense but rather an investment,” Novák said recently at international conference in her speech delivered in Spanish.

“Today, we help the well-being of Hungarian families with many measures, because together with my colleagues we work every day to make Hungary a truly family-friendly country”, Novák writes on her official ministry homepage. “I also try to pay special attention to the young Hungarians, the shapers of Hungary’s future, who we help to achieve their goals and dreams with a comprehensive talent program.”

She is the president of the conservative Political Network for Values, an international organization questioning the rights for sexual and gender minorities. Novak also is an annual speaker at the World Congress of Families.

In 2018, according to Forbes Hungary she was the sixth most influential woman in Hungarian public life. Last year she has been awarded the rank of Cavalier of the French Legion of Honor and Commander of the Order of Merit of the Republic of Poland.