Left-wing radicals riot at May Day demonstrations in Berlin 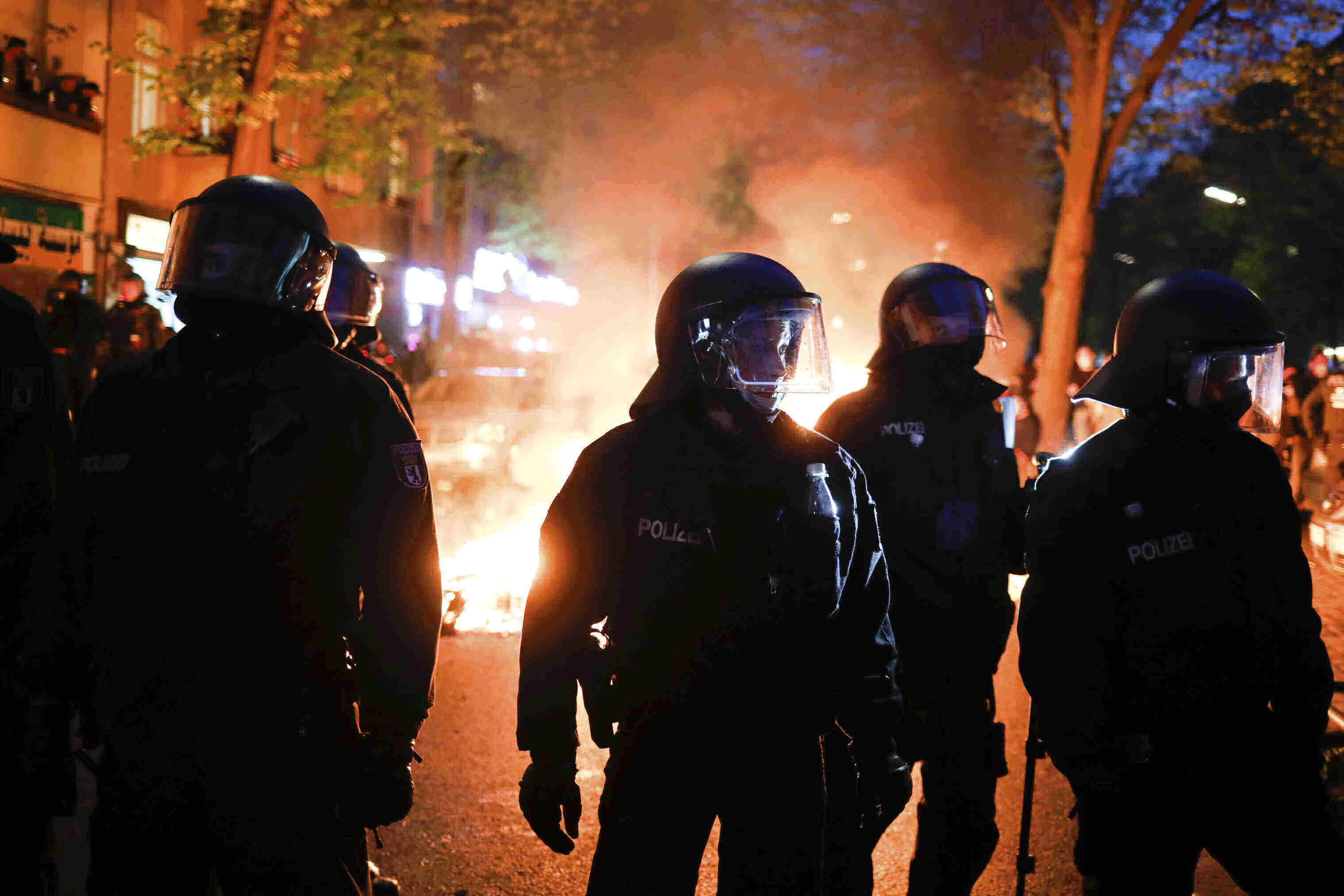 As in years past, rioting broke out during several “May 1 demonstrations.” In the Berlin district of Neukölln, when more than 10,000 people gathered on Saturday evening for the “Revolutionary May Day” rally. During the demonstration, small groups of left-wing protesters attacked the security forces with fireworks, stones, and bottles. They also set dumpsters, pallets and a vehicle on fire, and created burning barricades.

Overall, 93 police officers were injured, three of whom are hospitalized with broken bones.

Clashes between demonstrators and security forces escalated as rally participants chanted “all of Berlin hates the police” and managed to break through barriers. Around 50 people were arrested, Junge Freiheit reported.

The Jewish Forum Association complained that the event included “anti-Semitic incidents.” Among other things, a group of pro-Palestinian demonstrators called for violence against the people of Israel.

Other May Day rallies, such as the bicycle parade in Berlin’s Grunewald, with around 10,000 participants protesting against capitalism, were largely peaceful, the police reported.

The mood at this year’s demonstrations was much more emotional than in previous years, reported Berlin police spokesman Thilo Cablitz. The reason for this could be the tense situation on the housing market, the eviction of the Liebig34 house, which is occupied by left-wing extremists, and the coronavirus pandemic.

On the eve of the annual “Workers’ Day”, around 3,700 left-wing radicals had organized the “May 1st demonstrations” heralded in several parts of Berlin.

In Wedding, around 1,500 people gathered for the “From the crisis to expropriation” rally and protested against capitalism. They chanted “rich should pay” and lit smoke grenades.

In Kreuzberg, feminist groups demonstrated against alleged patriarchy and “structural violence against women” under the motto “Take back the night.” Several participants threw stones at the officers and splashed liquid on them. Six people were arrested.

Berlin’s police chief, Barbara Slowik, had already announced on Friday afternoon that she expected a “demanding situation” and appealed to the demonstrators to adhere to the coronavirus rules.

Title image: Police officers stand in front of a fire set up by demonstrators during a May Day rally in Berlin, Germany, Saturday, May 1, 2021. (AP Photo/Markus Schreiber)