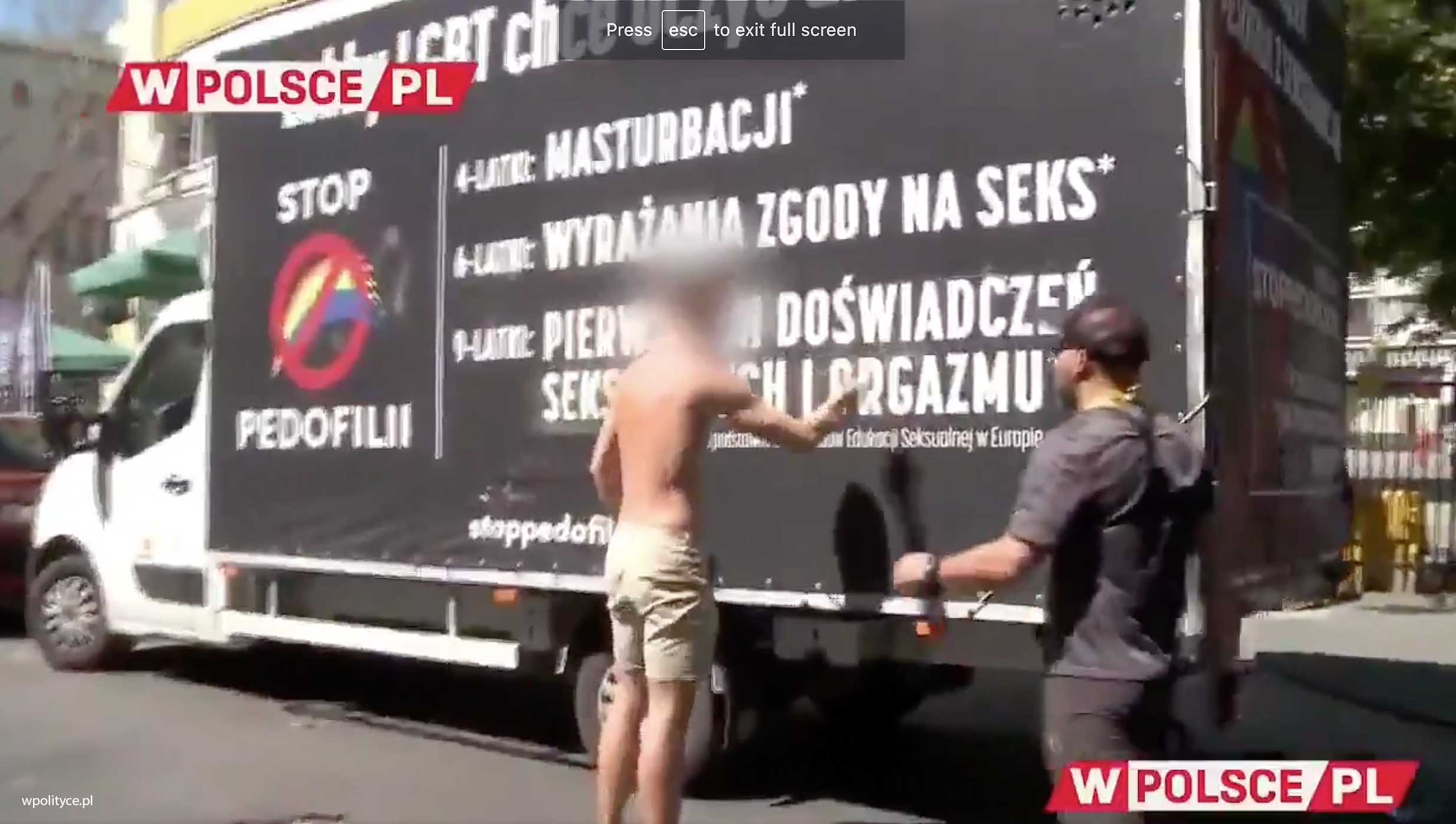 LGBT activists are coming under fire for attacking a pro-life organization’s van in Warsaw, with video of the incident posted to social media.

“A hooligan who on Friday jumped on a police van has today attacked the vehicle of the Pro-Right to Life foundation” wrote Deputy Justice Minister Sebastian Kaleta on Twitter.

The police arrived at the scene of the incident quickly and recording of the attack has appeared on news portal wpolityce.pl.

According to the police, the incident took place at a Warsaw crossroad and involved activists blocking traffic and property damage from spraying the vehicle with an unknown substance. The police have taken the names of those who took part in the incident.

Minister Kaleta in his social media post also said that “these are the sort of hooligans that the opposition backed in police stations and thereby encouraged further lawlessness. No tolerance to violence!”

A journalist at the scene of the incident asked the man attacking the van if he was the same man who had jumped on the police van last week. The man denied that he had been jumping on the van but admitted to having been on the roof of the police van at last Friday’s protests. He added that he was reacting aggressively because the opponents of LGBT are offending minorities.

Polish state television’s TVP Info portal recently talked to the pro-life driver of the van after it was attacked by LGBT activists in the center of Warsaw. He recalled how the attacker who calls himself “Margot”, who was arrested last Friday, had stopped the vehicle in the middle of the road and called on other activists to attack the van.

Video footage widely available on the net show how activists assaulted his colleague.

Transsexual LGBTQIA+ activist #Margot (seen in glasses at 0:11-0:14) who physically assaulted a pro-life activist & vandalized his truck has been placed in jail for 2 months.LGBTQ-organizations now prepare riots& all leftist politicians say “dictatorship” pic.twitter.com/TYbUnuvfyJ

The driver did not use mace despite the fact that he was attacked and recalled how he became afraid that he might be stabbed.

Last Friday, a large group of LGBT activists protested in the center of Warsaw. They attacked the police who were making the arrest of “Margot” based on a court ordered arrest warrant, resulting in 48 individuals being detained and charged.