On Friday, the activists vandalized the church with rainbow paint and anti-Church slogans 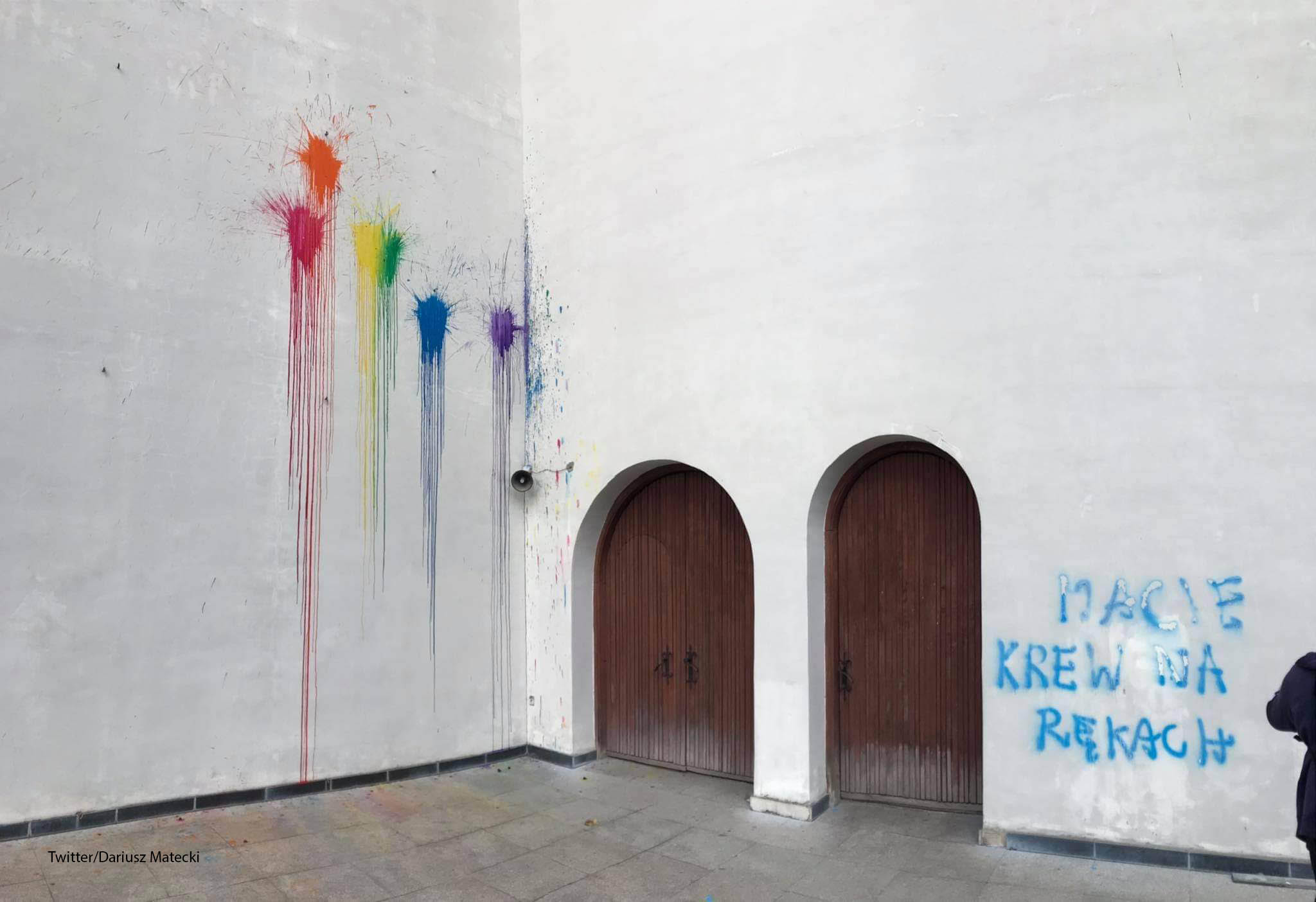 On Friday, LGBT activists vandalized a church in Szczecin with rainbow paint and anti-Church slogans in what has been a wave of attacks on churches and Catholic symbols in Poland in recent months.

Dariusz Matecki, a councilman of United Poland, a coalition part of Law and Justice (PiS), provided information about the attack through social media.

“On Friday morning, LGBT activists profaned the Holy Cross Church in Szczecin. The vandals painted the words ‘you have blood on your hands’ and a rainbow on the church. They also sprayed the letters ‘LGBT’ on the information board,” he wrote.

Parish priest Piotr Kordula said that the district in which the attack occurred was usually very calm, and he was “saddened” that the church was vandalized.

He referred to one of the slogans painted by the activists, “You have blood on your hands”, and stressed that his church had never attacked anyone from the LGBT community.

“I am surprised, that they chose our church to remind everyone of their existence and their rights,” the priest said.

He also pointed out that another of the slogans was “soli LGBT” which is Latin for “only LGBT”. Kordula stressed that if LGBT activists demand tolerance, then it is not understandable as to why they’d use the word “only” in their slogan.

Other members of the church’s community added that they had not expected such aggression from the LGBT environment.

Kordula also stated that three days prior to the attack, the activists had hung pro-LGBT posters on the church but those were ignored and removed as they were seen as an incidental issue.

The Szczecin police are currently investigating the attack and has secured evidence at the scene.

The incident is one of many attacks on Christian symbols in Poland as of late, including a state of Jesus Christ vandalized in Warsaw.