In an interview with the Financial Times, PM Mateusz Morawiecki underlines the necessity for reforms in the European Union and forecasts big changes in Brussels after the EU elections. He also compares the “Yellow Vests” protests in France to the situation in Poland and criticizes Brussels’ response to the matter. 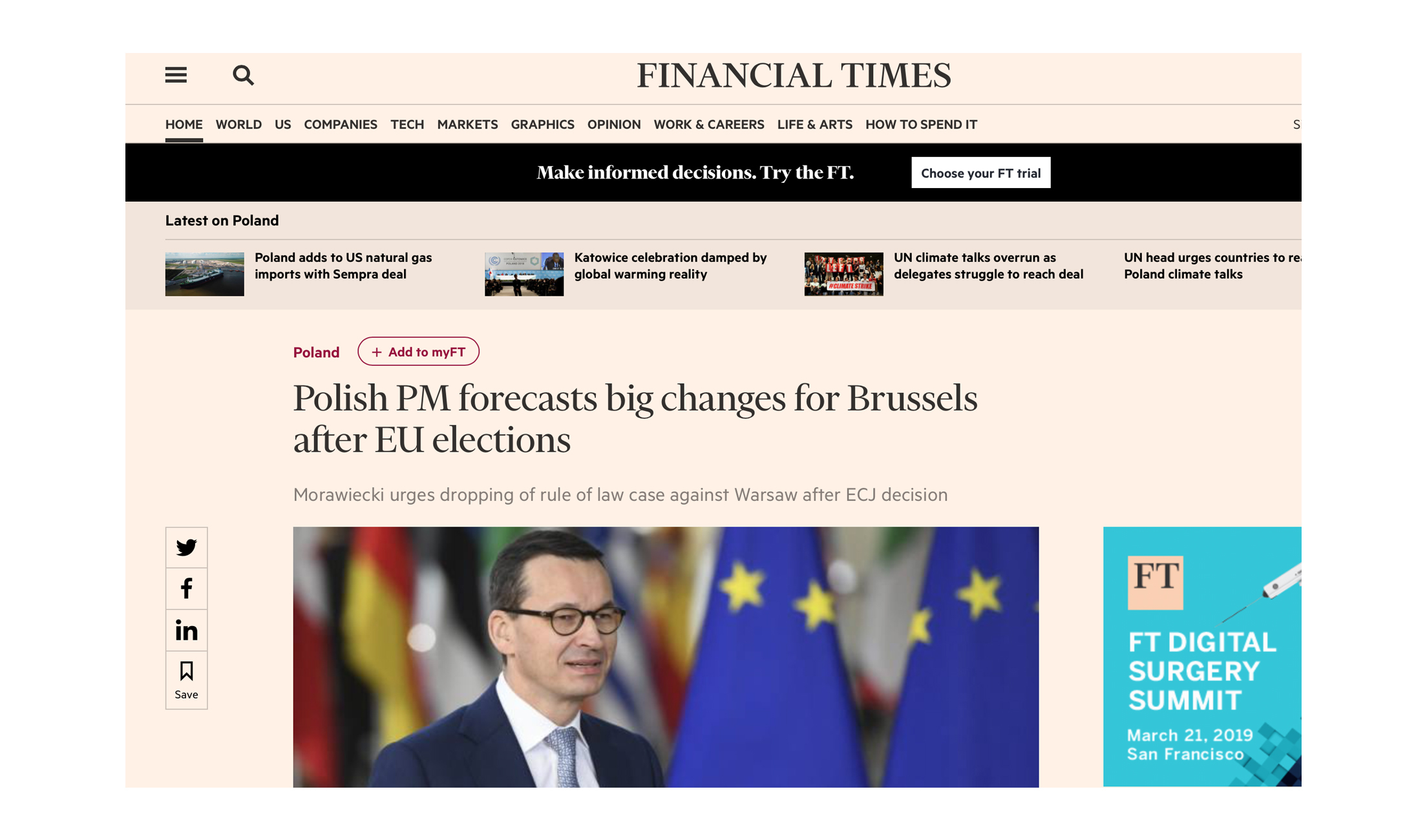 “The EU as an institution is in need of reform. When I speak with PMs of other countries, most of them agree, that it is necessary to change procedures and institutions,” Morawiecki told the Financial Times. “But they are waiting for the upcoming elections to the European Parliament,” he added.

He dismissed concerns that Europe is heading in the direction of authoritarianism: “People in Brussels do not completely understand the situation of post-communist countries,” he said. Morawiecki argued that Poland’s judiciary reforms are necessary to remove the last marks of Poland’s communist past.

The Polish PM also compared the “Yellow Vests” protests in France to the “controversial” Polish judiciary reforms and criticized Brussels’ double standards. “We could imagine, that if these brutal police interventions against protests took place in Poland, it would be strongly brought up in Brussels, Berlin and maybe even Paris,” he said.

The Polish PM urged the EC to drop rule of law case against Warsaw after the ECJ decision. Morawiecki argued that each country has its challenges and “so we have challenges connected to the judiciary, which has not been reformed over the last 30 years.”