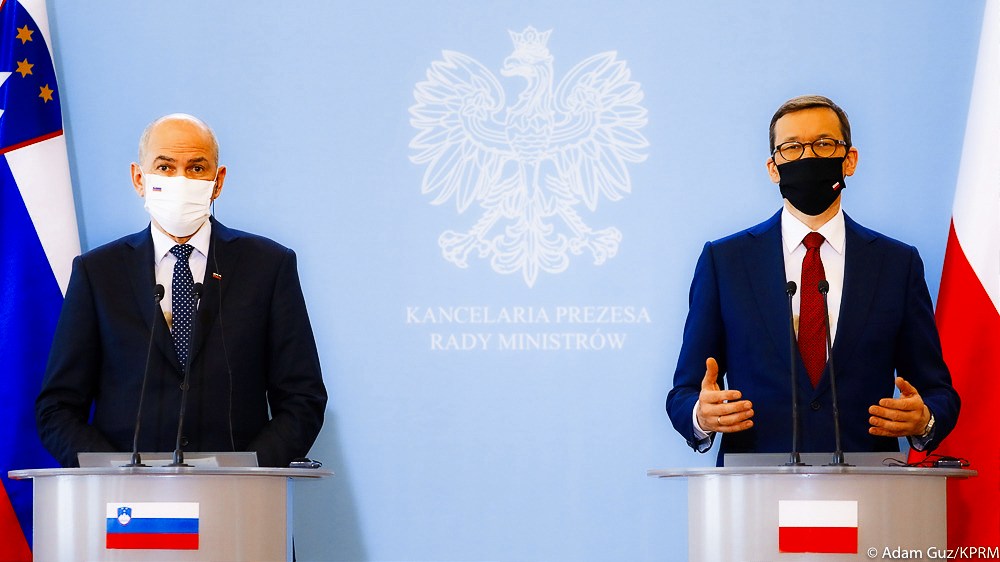 Following his meeting with the Slovenian PM, Morawiecki spoke about the Nord Stream 2 (NS2) pipeline, stressing that this subject was an “open wound” for Europe that “should be resolved so that European solidarity does not suffer.” The Polish prime minister underlined that NS2 was a German-Russian project that is destabilizing Europe and undermining its security.

“We call for Germany to abandon this project so that it can stop bringing about destabilization in this part of Europe because this might be very dangerous to the EU and many countries in the region,” the PM appealed.

?PM @MorawieckiM: We firmly stress that #NordStream2 is a German-Russian project that destabilises Europe and undermines its security. We call on Germany to abandon this project and stop destabilising this part of Europe. pic.twitter.com/vGzY4qojAk

Slovenia will take over the half-year presidency of the European Council in July. The Polish and Slovenian PMs discussed what shape the Slovenian presidency will take and spoke about a new chapter in the EU, when Europe will have to rebuild after the pandemic.

Morawiecki underlined that Poland has a group of tried and true allies, and Slovenia is included among these. Both countries have been cooperating in terms of their economies, politics and general European affairs.

“We are trying to shape the European agenda together so that it will respond to the current worries of European citizens and those of our countries, as well as to the challenges of tomorrow,” Morawiecki said. He added that Poland and Slovenia had successfully strived for the accelerated distribution of vaccines and that their pressure on the European Commission and European Council was successful.

Slovenian Prime Minister Janez Janša emphasized that his visit to Warsaw was a confirmation of good relations between Poland and Slovenia and called Poland “a great friend.” Janša listed Slovenia’s three main priorities for when it takes over the European Council presidency to prepare Europe for potential threats: possible new pandemics, cybersecurity and the future of Europe.

Janša congratulated Mateusz Morawiecki on the Polish government’s efforts in fighting the pandemic. “Poland recorded the lowest economic drop for this period, and during the first wave in particular, Poland helped Slovenia as well. We deeply thank you for this,” he said. The Slovenian PM announced that in the future, Slovenia would like to increase cooperation with Poland in economic and cultural areas, as well as in education and academia.