Morawiecki in Berlin: Poland and Germany have a strong partnership

Poland has a good partner in Germany, for whom Poland is becoming one of its key investment and political partners, Prime Minister Mateusz Morawiecki declared after his meeting with German Chancellor Angela Merkel in Berlin.

Morawiecki said he was satisfied with the visit and explained that the first day was devoted to history and the second to “Poland’s interests, which we will be guarding on every possible front.”

Morawiecki met with German Chancellor Angela Merkel at a working breakfast on Tuesday, after which he told the press that he is “pleased to have a good, solid partner in Germany, who is our main trade and economic partner, and we are becoming one of the key investment, economic and political partners of Germany.”

The Polish prime minister discussed the next EU budget with Merkel, in the context of the special EU summit concerning the matter on Feb. 20.

He stressed that he had agreed with the chancellor that the upcoming summit will be “difficult” and will entail “very tough negotiations.”

Although Morawiecki does not expect much from the negotiations, he said that he will approach them with a good will to find compromise in some sectors of the budget.

The prime minister added that in terms of the budget, Poland is focused on agricultural policy and infrastructure development.

The Polish head of government proposed an idea during his meeting with Merkel to combine the agricultural budget with the climate one, an idea first proposed by EU Commissioner for Agriculture Janusz Wojciechowski,

“I believe this is a kind of window which will be interesting; reflection, which will be acceptable for all member states, I hope,” Morawiecki said, adding that the minimum in the budget negotiations is assuring good financing for the development of infrastructure and equalizing surcharges for farmers.

The prime minister also discussed the issue of protectionist actions of China and the United States with the German chancellor.

Morawiecki emphasized that Europe is based on trade, has open economies and values export, which is why it wants to avoid protectionism. He emphasized that Poland and Germany are “on the same wavelengths” when it comes to this matter. 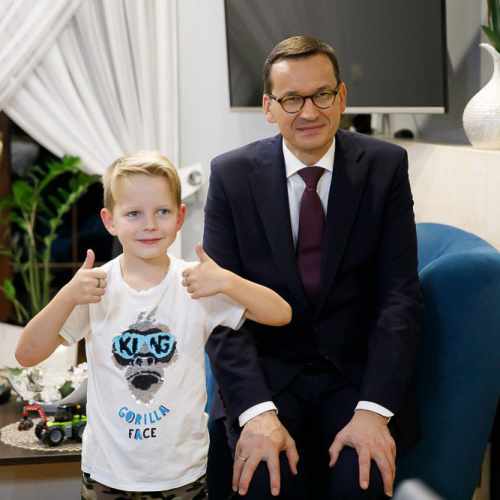