“This is a war of civilizations” 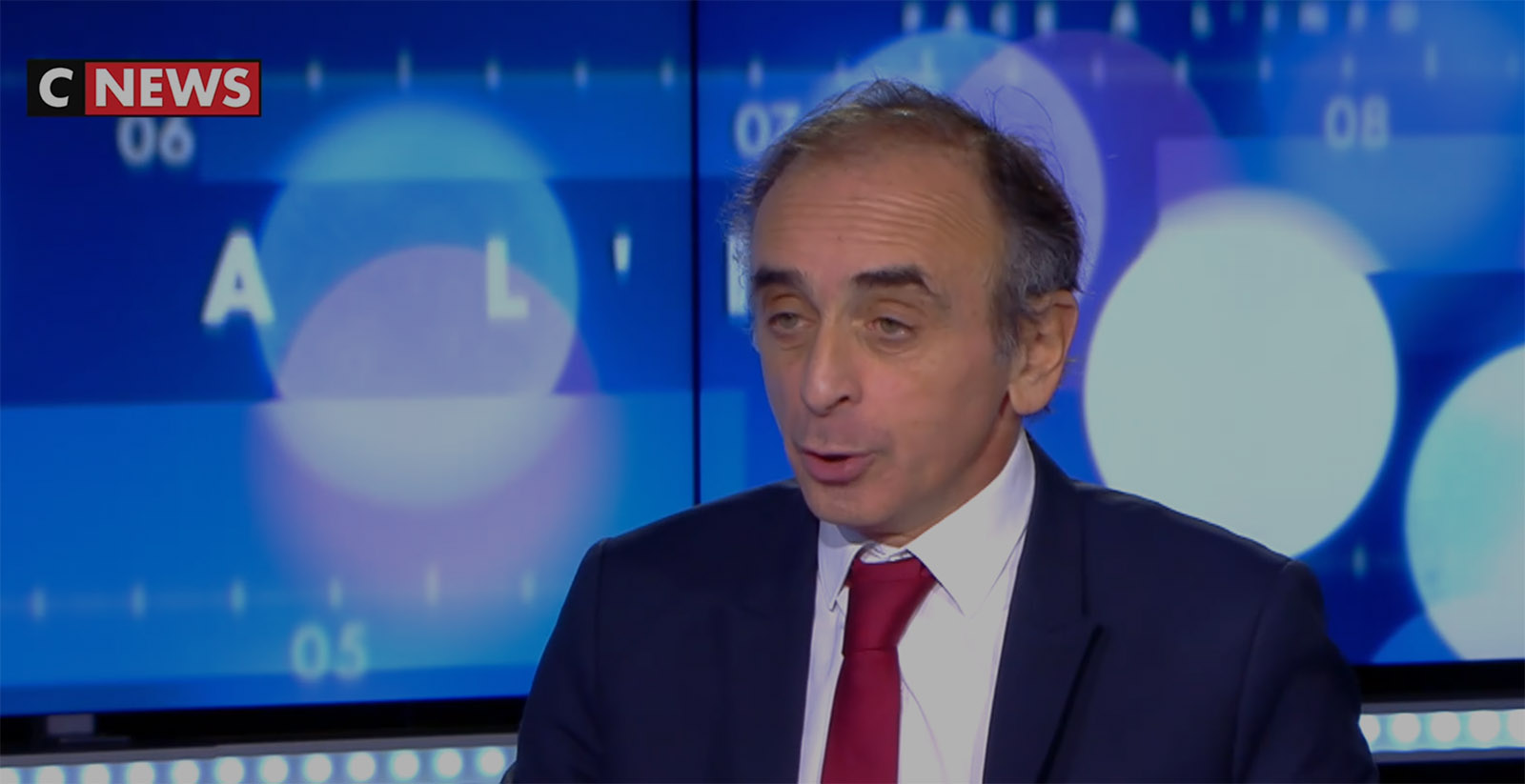 As long as the Muslim minority in France is unwilling to accept the rules of the majority, the educational system will not able to integrate them, influential French philosopher and author Éric Zemmour said in a political talk show on French news channel CNews.

The fundamental problem is not about education but that this is a war of civilizations. You have people who consider that there is a Muslim civilization to which they belong and they are not part of the French nation,” Zemmour said. “It is that simple.”

“You have seen the latest opinion poll, according to which 75% of [Muslims] over the age of 25 think that Sharia law should apply to them rather than law of the [French] republic,” Zemmour said. “This is a very simple issue: There are people who prefer not to be subject to national law, but instead to Sharia law.”

He added that because the Muslim minority will not accept French norms, “living together does not work, there are limits to it.”

“The fundamental problem is this: When you have a minority coming from outside, they assimilate the rules of the majority,” he said. “When the people from the outside become the majority, it is over: Assimilation is no longer possible.

The talk show was broadcast live on November 9, the 50th anniversary of former French President Charles de Gaulle’s death, and in light of that, Zemmour said that while his supporters see President Emmanuel Macron as the modern reincarnation of de Gaulle, he is anything but. “Macron speaks like a Gaullist but acts as an anti-Gaullist.”

“De Gaulle said: France come first, then the state, then the law. Now it is said, the law first, state second, France third,” he noted. “He [de Gaulle] would not have accepted multilateralism, European judges and this individualist society.”

“It is a question of independence,” Zemmour emphasized. “Today when we are enmeshed in a federalizing Europe, with a Commission that gives us directives, a European Central Bank that governs monetary policy, European judges who dominate our judges. All the attributes of sovereignty have been taken away by the French political class and given over to Europe. General de Gaulle would never have accepted that.”

Zemmour is the author of The French Suicide and is known for his strong opposition against continued immigration to France. In a previous interview, he compared immigration in his country to a “demographic tsunami” and said he believes current immigration and integration policies have failed. He worked for the French channel RTL from 2010 to 2019.