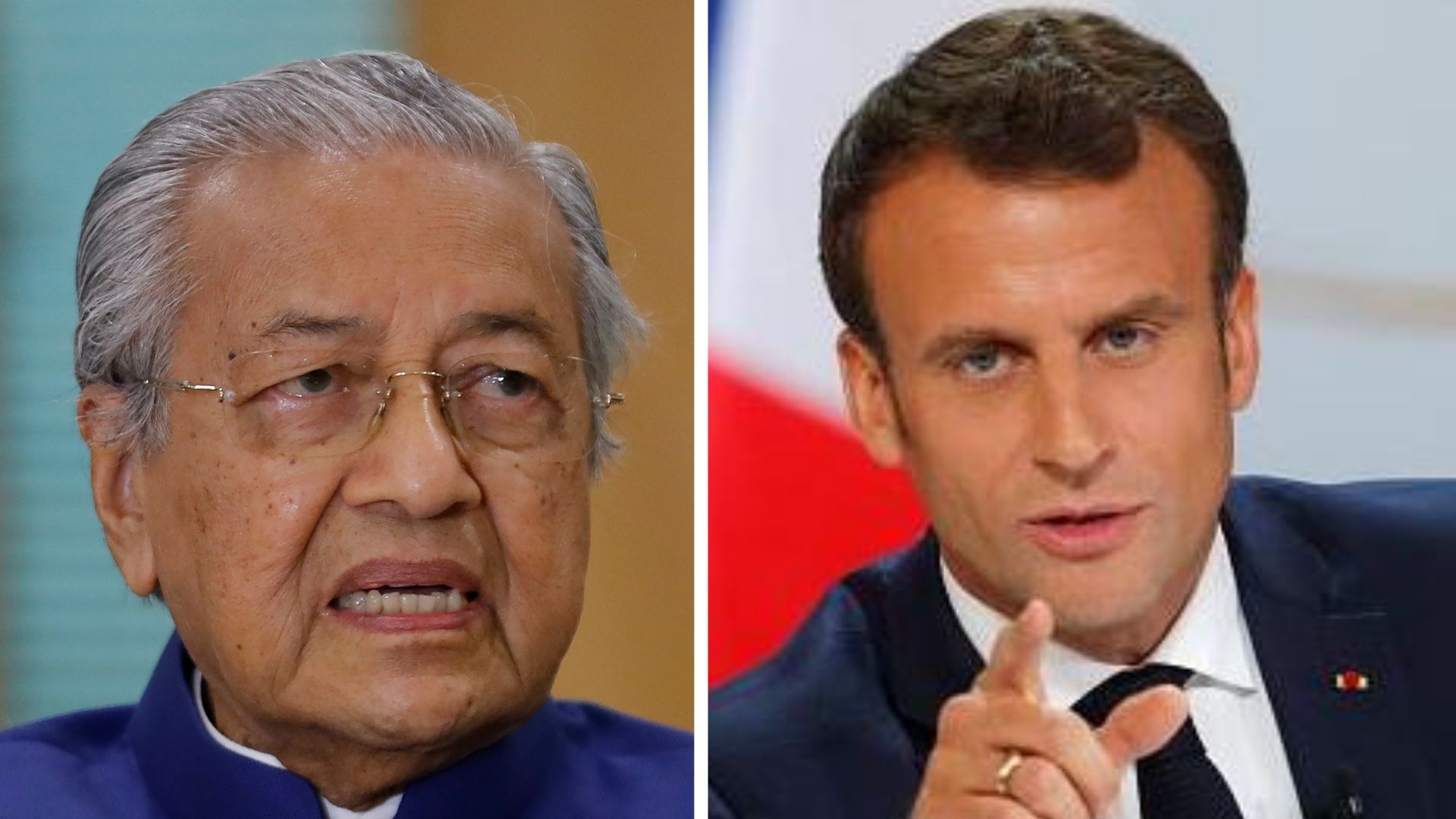 Mahathir Mohamad, a man who served as Malaysia’s prime minister up until March of this year, said on Twitter Thursday that “Muslims have a right to be angry and to kill millions of French people for the massacres of the past.”

The former Malaysian prime minister’s call for genocide against the French people came just hours after a knife-wielding attacker yelling “Allahu Akbar” beheaded one woman and killed two others at Notre Dame basilica in Nice.

A screenshot of the post, which has been removed from Twitter for violating its rules, has been preserved.

Also in his Twitter rant, the 95-year-old Mohmad, a self-proclaimed anti-Semite who, in the past, has made several incendiary comments about the Jews, called French President Emmanuel Macron “primitive”, bashed Western culture, and claimed that Muslims “have a right to punish the French”.

On the heels of the beheading of Samuel Paty, a 47-year-old French history teacher, by an 18-year-old Islamic extremist from Chechnya early this month, President Macron issued a declaration of war against radical Islam.

“What we must attack is Islamist separatism,” Macron said.

At the slain teacher’s funeral, Macron said: “Samuel Paty… became the face of the Republic, of our will to shatter terrorists, to do away with Islamists, to live like a community of free citizens in our country.”

“We will not give up cartoons, drawings, even if others back down,” he added.

Macron’s statements have provoked widespread, seething anger throughout the Muslim world. Islamic leaders around the globe, in near-lockstep with one another, have condemned the French government and its people for refusing to back down from the threats of Islamic terrorists.

Over the weekend, Turkish President Recep Tayyip Erdoğan claimed that Macron requires “mental health treatment” for his viewpoints toward Islam. Macron, who is known for his pro-migration policies, has deployed harsh rhetoric towards the Islamic community in France with an eye to his reelection chances in 2022, where National Rally leader Marine Le Pen is expected to hammer Macron over his weak security policies.

Erdoğan, along with several prominent Islamic political figures and organizations, have also called Muslims to boycott all French goods in response to Macron’s statements on Islam.

The former Malaysian prime minister, who’s currently making an attempt to return to power in Kuala Lumpur, is only the most recent leader from the Islamic world to join the ever-growing chorus of Muslim leaders to condemn Macron and the French people.

After criticizing freedom of speech, one of the West’s core values, Mohamad then bashed the West for allowing women to dress as they wish.

“The dress code of European women at one time was severely restrictive. Apart from the face, no part of the body was exposed. But over the years, more and more parts of the body are exposed,” Mohamad said.

“Today a little string covers the most secret place, that’s all. In fact, many in the west are totally naked when on certain beaches,” he continued.

“The West accepts this as normal. But the West should not try to forcibly impose this on others. To do so is to deprive the freedom of these people.”

“Irrespective of the religion professed, angry people kill. The French in the course of their history has killed millions of people. Many were Muslims,” Mohamad insisted. “Muslims have a right to be angry and to kill millions of French people for the massacres of the past.”

“Since you have blamed all Muslims and the Muslims’ religion for what was done by one angry person, the Muslims have a right to punish the French. The boycott cannot compensate the wrongs committed by the French all these years,” the ex-prime minister concluded.

At present, Malaysia is home to more than 32 million people, 61 percent of whom are Muslim.