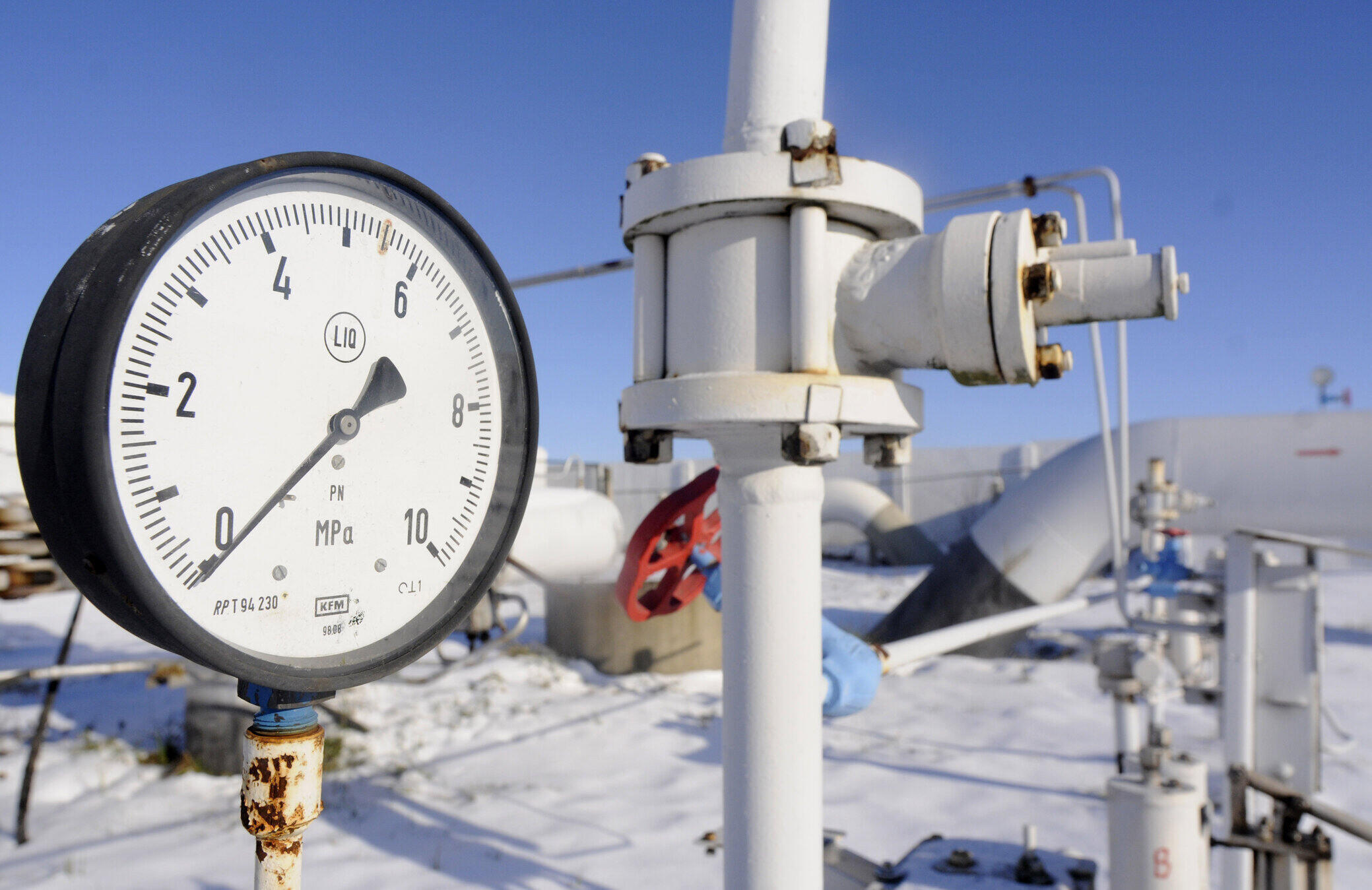 A gas pressure gauge on the main gas pipeline from Russia in the village of Boyarka near the capital Kiev, Ukraine, Thursday, Jan 1, 2009. (AP Photo/Sergei Chuzavkov)

Russian gas supplies to Germany via the Jamal pipeline remain low after a weekend slump, according to data provided by German gas network operator Gascade.

Russian gas flows through the pipeline through Belarus and Poland to Germany, with the price of a key natural gas contract climbing to €146.73 on Monday, just shy of the €155 October maximum.

The flow reduced when Gazprom, Russia’s gas supplier to Europe, began filling the second line of the Nord Stream 2 pipeline on Friday, which raised concerns about electricity supplies in Europe.

The flow at the measuring station on the German-Polish border fell on Monday morning to an hourly volume of 366,734 kilowatt-hours (kWh/h) — it was more than 1.2 million on Saturday and more than ten million kWh/h on Friday. The average volume of flow through this pipeline, which is the main transit of Russian gas to Europe, ranged on average from nine million to 12 million kWh/h this month.

The so-called nominations for Monday’s volumes at the measuring station on the Slovak-Ukrainian border, another important transit line to Europe, were at 953,313 megawatt-hours, equivalent to 89.97 million cubic meters. They remained at a similar level as this month.

Gazprom did not reserve volumes for pipeline transit in December or January, instead opting to buy capacity at daily auctions. The company stated that it supplies gas according to customer requirements and fulfills its contractual obligations.

ICIS analysts meanwhile believe that the latest decline in deliveries to northwestern Europe is related not only to Nord Stream 2 but also to unusually cold weather in Russia.

Europe is expected to experience a significant increase in gas prices this year. According to the EU, Moscow is allegedly trying to force Germany and other countries into approving the Nord Stream 2 gas pipeline operation by restricting gas supplies, an accusation Russia strongly denies.