Italian prosecutors say that the rescue ship Mare Jonio was seeking a total of €270,000 to take 27 illegal migrants onboard 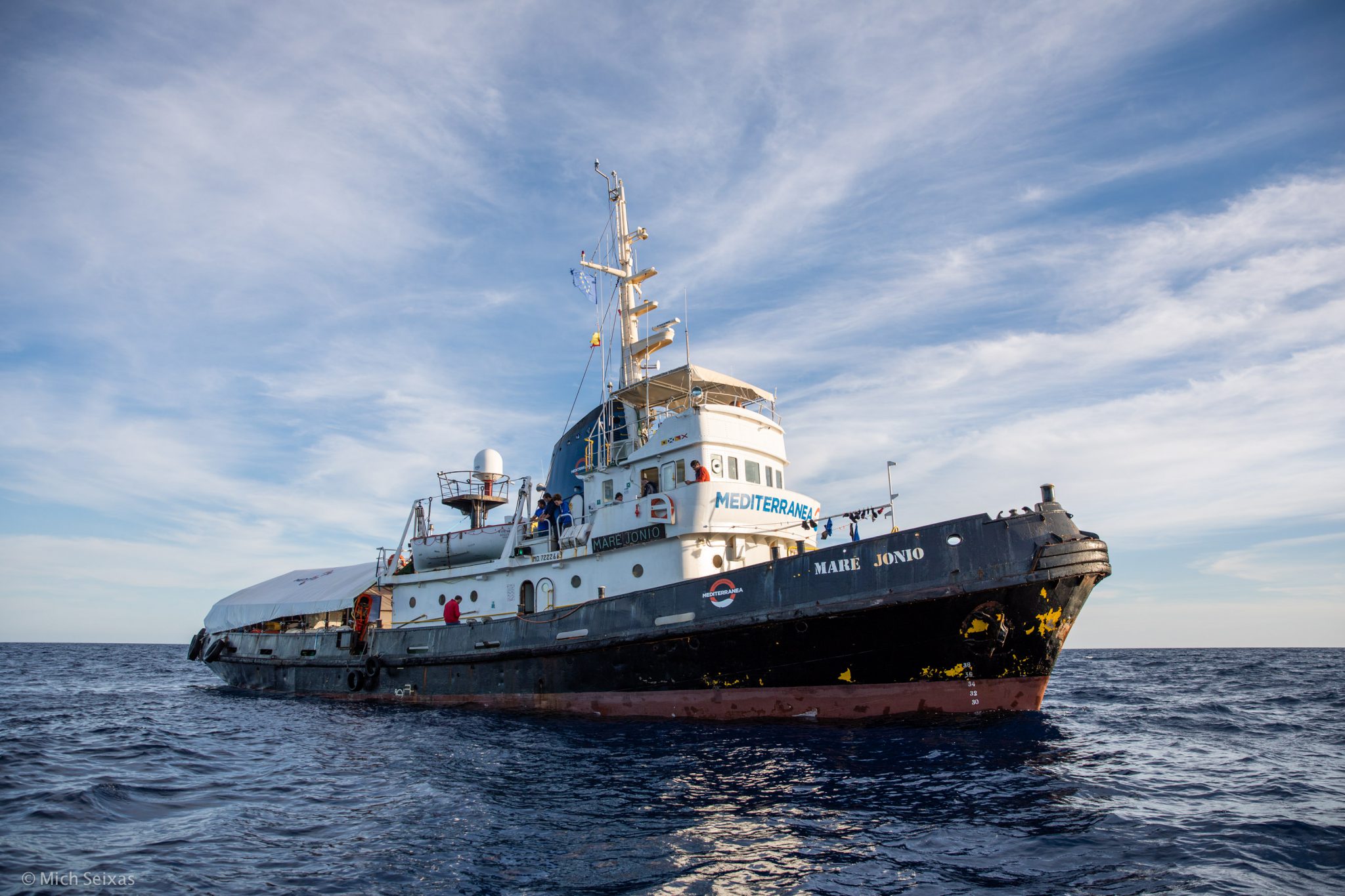 Further proof of the increasingly lucrative migrant rescue business and ties between so-called human rights charities and organized people smuggling gangs has been revealed by Italian prosecutors. On March 1, Italian police have launched an investigation against the Italian based NGO Mediterranea Saving Humans (MSH), accusing them of charging large amounts of money for taking 27 boat migrants on board from the Danish-registered ship Maersk Etienne.

According to the Ragusa public prosecutor’s statement, the people smuggling NGO had violated the law by aiding illegal immigration and acted against the maritime navigation code. The rescue ship Mare Jonio allegedly demanded €10,000 from the Danish ship for each passenger taken from onboard their vessel. The Maersk tanker had earlier picked up 27 illegal migrants floating in a boat, and the Maersk tanker’s owners would have been charged a total of €270,000 if they had agreed to these terms. Eventually, the sum of €125,000 was transferred by Maersk onto the NGO’s bank account.

The African migrants have been kept in makeshift conditions on the tanker for 38 days due to the fact that Maltese authorities refused to allow the ship to dock in any of their ports. After agreeing to pay the roughly €4,630 per migrant, the tanker’s temporary passengers were allowed to board the Italian ship. The NGO vessel then proceeded to the Sicilian port of Pozzallo, where all 27 migrants disembarked.

Although MSH has not denied that a large sum was received after the passenger transfer from the Maersk ship, the NGO has issued a statement complaining about the Italian prosecutor’s bias, stating that “Ragusa’s public prosecutor has made public his personal crusade against NGOs many times…  And, Mediterranea will not stop because of this sad and predictable attack. Mediterranea will continue to be at sea where the crimes of slaughter, torture, rape, and persecution are carried out.”

The Danish shipping giant Maersk have also defended its actions, saying that “at no time before or during the operation was any financial compensation or support discussed or agreed. Months after the rescue operation, Maersk met with representatives from Mediterranena to thank them for their humanitarian assistance. Following this meeting, we decided to make a contribution to Mediterranea to cover some of the costs they endured as a result of the operation. This was done in the amount of €125,000 euros and with the full support of Maersk Tankers’ management.”

This, however, is not what the Italian authorities’ investigation has found so far. According to them, the migrant smuggling NGO was motivated by profit when picking up illegal African immigrants from the commercial ship. They also allege that Beppe Caccia, a board member of the NGO, called a Danish phone number four times between Sept. 8 and Sept. 10. Furthermore, the pro-migration organization’s co-founder, Luca Casarini, was charged as far back as 2019 with promoting illegal migration.

Over a 1,000 people have died in the Mediterranean in 2020, roughly three people a day. This is largely a result of them being abandoned mid-sea by people smugglers. Organized criminal gangs are often tracking migrant rescue NGO ships and abandoning their human cargo in their vicinity.

The European Fundamental Rights Agency (RFA) has documented nine new legal proceedings against civil rescue ships, that adds up to 50 such proceedings since 2018. As the report indicates, there is a constant flow of new NGO ships venturing out to sea to pick up illegal migrants. Jail sentences for such illegal activities are virtually non-existent, and as the example of German migrant rescue boat captain Carola Rackete shows — who in 2019 had rammed an Italian coastguard ship with her own boat — perpetrators of even the most brazen violations can continue with illegal activities with near impunity.

The RFA report also alludes to the fact that the only means that authorities are currently able to use to fight back and stop NGO ships from ferrying a constant stream of migrants to European ports are simple administrative, technical or safety-related obstructions that keep these ships at port, at least temporarily.