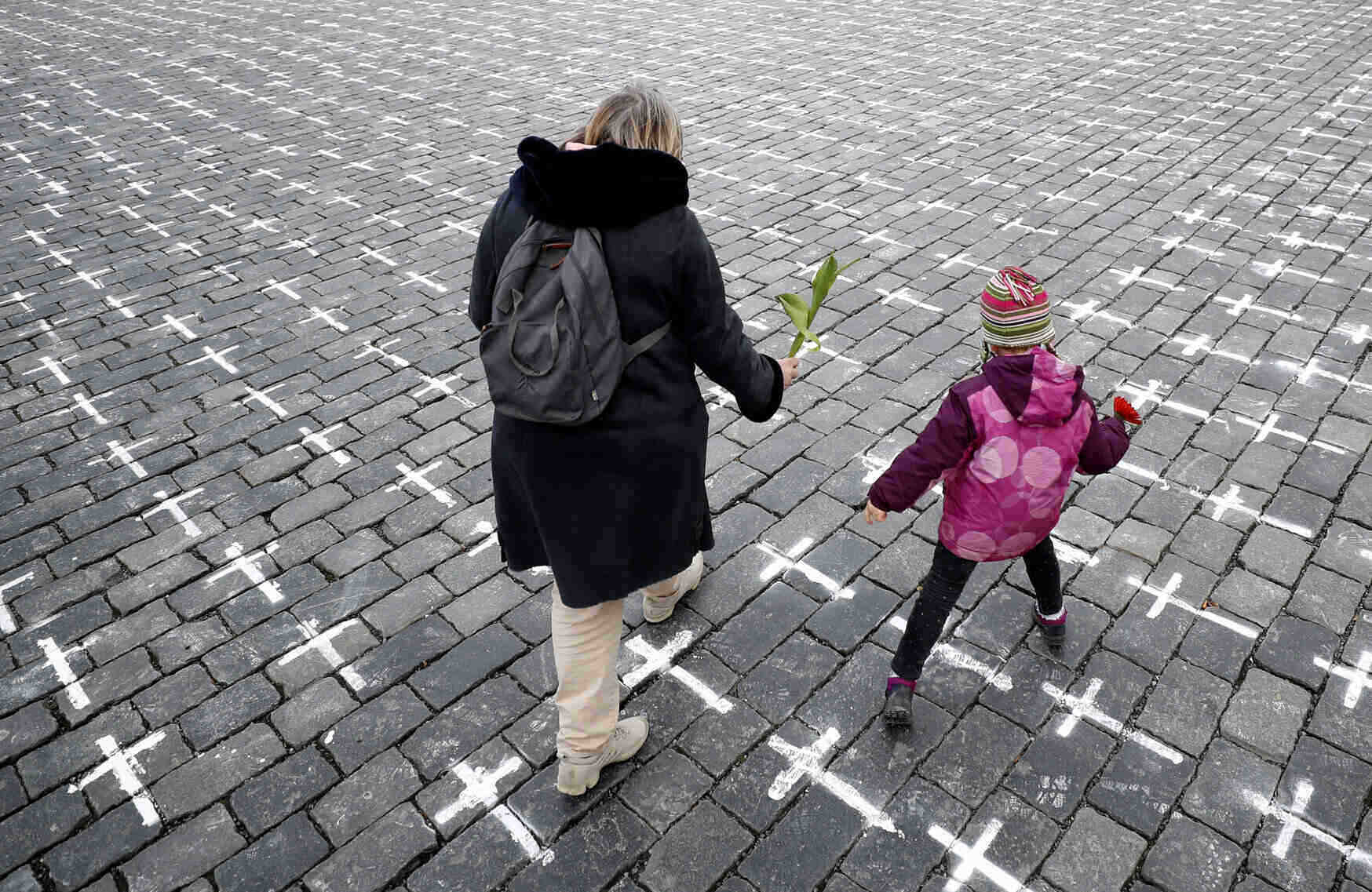 On Monday, church bells rang across Czechia in memory of victims of the coronavirus pandemic as March 22 marked a year since the first person in the country died of Covid-19.

Since then, more than 25,000 people have died of the virus. The Million Moments for Democracy movement then painted thousands of white crosses on Prague’s Old Town Square, one for each victim.

The Minute of Silence initiative called for everyone to join the common minute of silence yesterday at noon.

“The ringing of church bells, the commemoration of the victims in the media, and the dignified paying homage to the victims contribute to this memory show we as a society can say that we have not let indifference and disinterest in the fates of others prevail,” said the organizers.

For example, Prague left turned off the lights in the Petřín tower in memory of the coronavirus victims.

Moreover, in the morning, 25,000 white crosses painted on the pavement appeared on the Old Town Square. The authorities and the police knew about the action in advance.

Benjamin Roll, the Million Moments for Democracy chairman, stated on Twitter that thousands of crosses symbolize thousands of the dead.

The first cases of infection with a new type of coronavirus were confirmed in the Czech Republic on March 1, 2020. Three weeks later, the first death was reported. The first victim was a 95-year-old man who suffered from several health problems. The Covid-19 disease is the most dangerous for the elderly, with people over the age of 75 accounting for two-thirds of all deaths, according to statistics.

The number of deaths has started to increase significantly, especially since last October. This week the number of deaths with Covid-19 exceeded 25,000. In terms of per capita, Czechia is one of the worst affected countries in the European Union and the world.

Title image: A woman and a small child carry flowers as thousands of crosses are painted at the Old Town Square, to commemorate the 1-year anniversary of the death of first Czech COVID-19 patient, in Prague, Czech Republic, Monday, March 22, 2021. Bells were tolling all across the Czech Republic at Monday noon to honor those who have died of COVID-19 in one of the hardest-hit European Union countries. A 95-year-old man was the first to pass away on March 22, 2020 at Prague’s Bulovka hospital. (AP Photo/Petr David Josek)