Orbán tells Pellegrini: ‘It’s forbidden to say so in Europe, but migration is an organized invasion’

Orbán and Pellegrini visit the Hungarian-Serbian border, say the Visegrad Group is united on migration 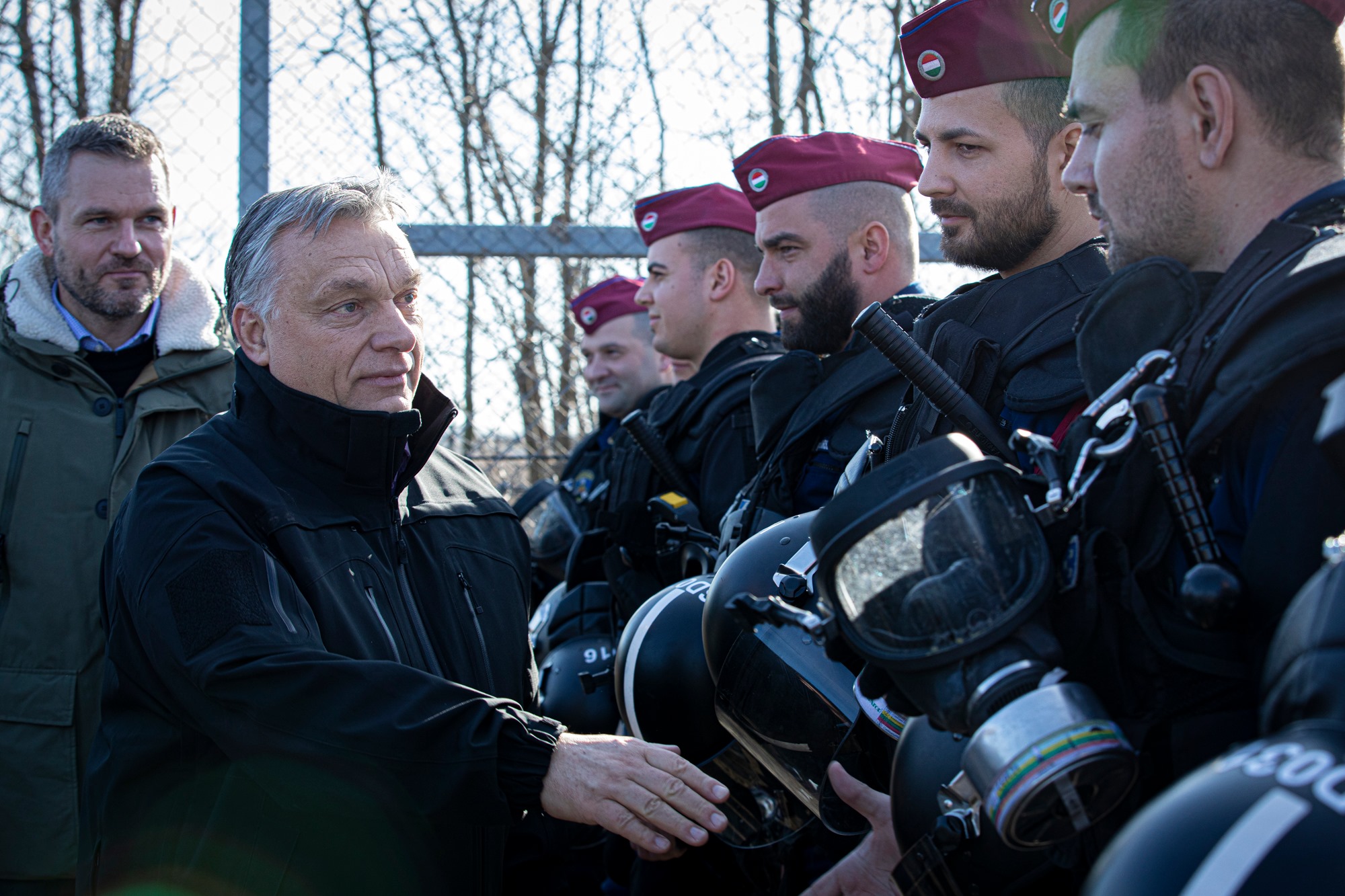 Hungarian Prime Minister Viktor Orbán and his Slovak counterpart Peter Pellegrini inspected the Hungarian-Serbian border on Thursday, one of the main obstacles for migrants attempting to enter Europe via the Balkans immigration route to Europe, with Slovakia renewing its commitment to assist Hungary if the country requires Slovakia’s help.

At in impromptu press conference held on-site, Orbán said that Hungary is not only protecting its own border but also Slovakia’s, and with spring’s milder weather fast approaching, migration pressure is only expected to increase on the Serbian-Hungarian border.

The Hungarian prime minister said that the images conveyed by the international press about the migrants does not correspond to reality, as 95 percent of those arriving are men of military age.

Orbán added that while in Europe it is forbidden to say so, it must still be said that this is “organized migration”. He said that while Hungary is spending significant resources on protecting the European Union’s external border, it does not receive any financial assistance for it, since the country is “on the wrong list”, being labeled as the “main culprits” for being first in erecting a fence along the border.

After touring the border, Orbán posted a video on Facebook with the message, “Defending Europe together”.

“This is hard work which we would have a hard time doing without help and our allies,” Orbán said, saying he was thankful for Slovakia’s support.

Hungary erected the temporary fence along the Serbian border in August 2015, at the peak of the migration crisis and currently both border police and the military are patrolling the area in large numbers.

Pellegrini said that while Slovakia is defending the EU’s external border with the Ukraine, it does need Hungary to defend the southern flank and also confirmed Orbán’s view of increasing migration pressure with the arrival of milder weather, saying Slovakia is also experiencing this phenomenon.

Orbán also said Hungarian secret services are closely monitoring the situation, and they can confirm that migration is helped by “half human trafficking organizations calling themselves NGOs”.

At the press conference at the border, Orbán said that Hungary’s borders are not closed, but that visitors must first “knock” and follow the relevant procedures. Migrants will be placed in a transit zone and if their application to enter Hungary is approved, they will be allowed entry. Otherwise, they will be removed from the transit zone.

“If everyone acted this way life would be nice,” Orbán said. “But the majority don’t, but instead choose the illegal path.”

Hungary has recently experienced a number of violent crossing attempts, including 71 migrants who unsuccessfully tried to penetrate the Hungarian border this month. Nearly 700 migrants recently amassed at the Serbian border this week after hearing rumors that Hungary would open its borders. Serbian police bussed them away but the incident underlines the threat Europe is currently facing.