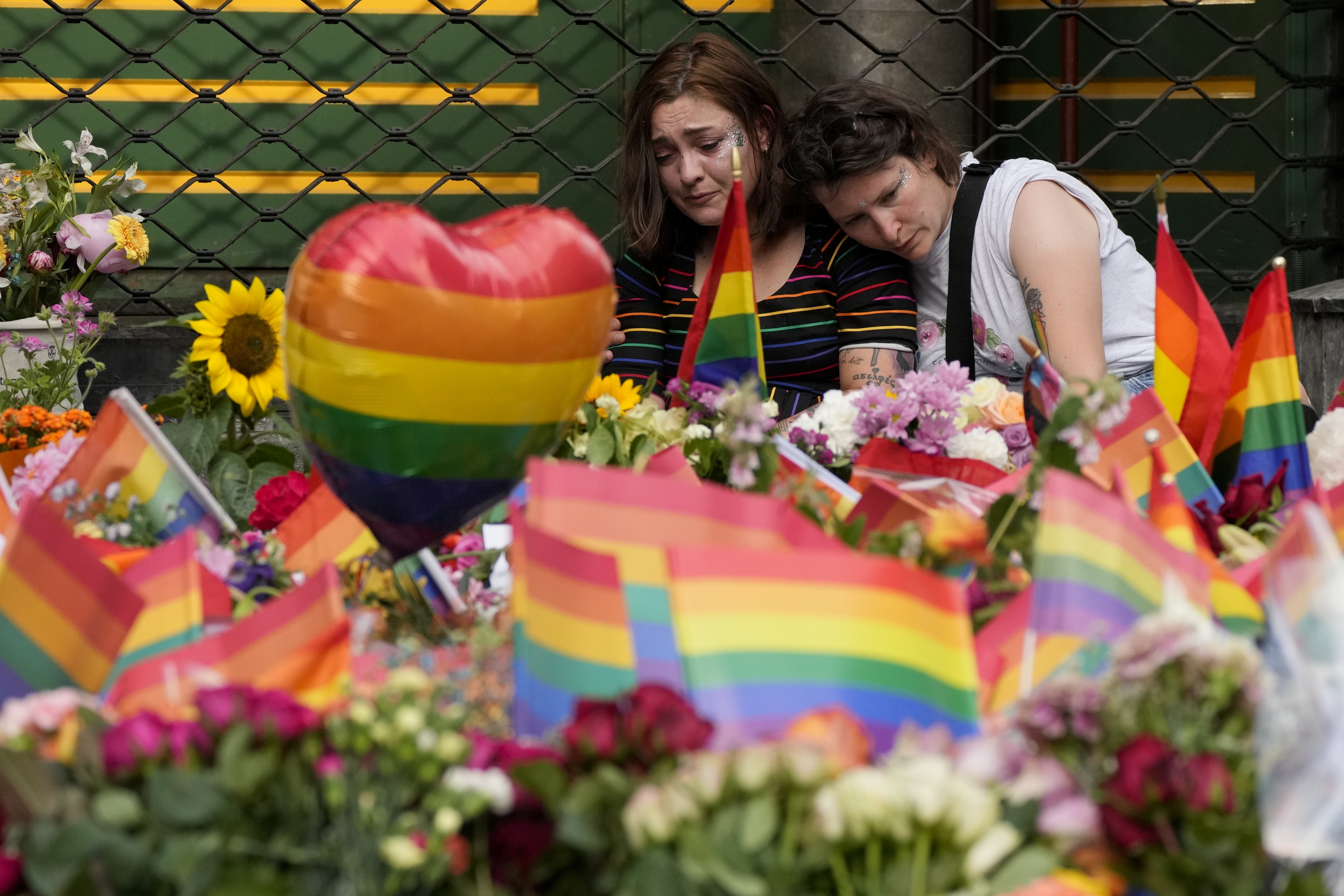 People comfort each other at the scene of a shooting in central Oslo, Norway, Saturday, June 25, 2022. A gunman who opened fire in Oslo’s nightlife district has killed two people and left more than 20 others injured during the LGBTQ Pride festival in Norway's capital. (AP Photo/Sergei Grits)

A 42-year-old male has been arrested and charged with murder, attempted murder, and acts of terror after a mass shooting in the Norwegian capital of Oslo on Saturday.

The shooting left two people dead and 21 others wounded as the gunman, a Norwegian national of Iranian origin, targeted a known LGBT-friendly bar and two other venues on the day of Oslo Pride in what police called an “act of Islamist terrorism.”

What we know about the attack

The shooting started at approximately 1:15 a.m. local time on Saturday, according to officials.

Eyewitnesses said the suspect took out a gun from his bag and started shooting indiscriminately at the London Pub, a well known LGBT-friendly venue in the center of Oslo. Some in the vicinity manged to flee, while between 80 and 100 people barricaded themselves in the basement of the venue and called loved ones as the gunman continued his rampage, one eyewitness told TV2.

The attacker was apprehended by authorities and arrested, and two weapons were seized by police, including a fully automatic firearm.

The two deceased victims were males in their 50s and 60s, and of the 21 injured, 10 were in serious condition.

“There is reason to think that this may be a hate crime,” police said on Saturday. “We are investigating whether Pride was a target in itself or whether there are other motives.”

“Everything indicates that this has been an attack by an Islamist extremist,” Prime Minister Jonas Gahr Stoere told a news conference.

“We don’t know if the queer community was the intended target, but we know it is a victim,” he added.

According to Norwegian media, the suspect was of Iranian Kurdish origin and arrived in Norway as a child.

The gunman was known to authorities

Norway’s PST intelligence service said on Saturday the suspect had been known to security services since 2015, and had only been questioned by agents in May. He had previously faced charges of drugs possession and carrying a knife, the MailOnline reported.

Roger Berg, the agency’s acting chief, told a news conference on Saturday that the suspect had “a long history of violence and threats” and the intelligence service was aware of “difficulties with his mental health.” The agency had flagged the suspect “in connection with concerns about his radicalization” and membership “in an Islamist extremist network.”

Berg called the attack “an extreme Islamist terror act” and warned that is remained “an unresolved terrorist situation.”

As a result of the massacre, Norway’s security service immediately raised its terror alert from “moderate” to “extraordinary,” the highest possible level.

King Harald V of Norway led the outpouring of tributes from the Norwegian royal family and politicians across Europe on Saturday, releasing a statement in which he said, “My family and I are appalled by the night’s shooting tragedy in central Oslo, where two people were killed and many injured.

“We sympathize with all relatives of the victims and affected people, and our warm thoughts go out to all those who are now scared, restless, and in grief.

“We must stand together to defend our values: Freedom, diversity, and respect for each other. We must continue to stand up for all people to feel safe,” King Harald added. 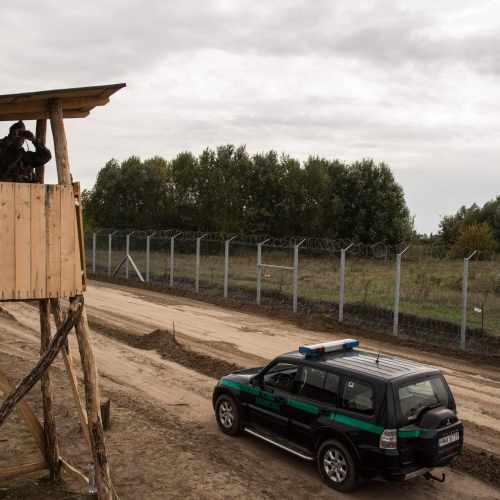