PM Babiš asks Hungary for another 200,000 doses of vaccine

Hungary has previously lent about 140,000 doses to the Czech Republic 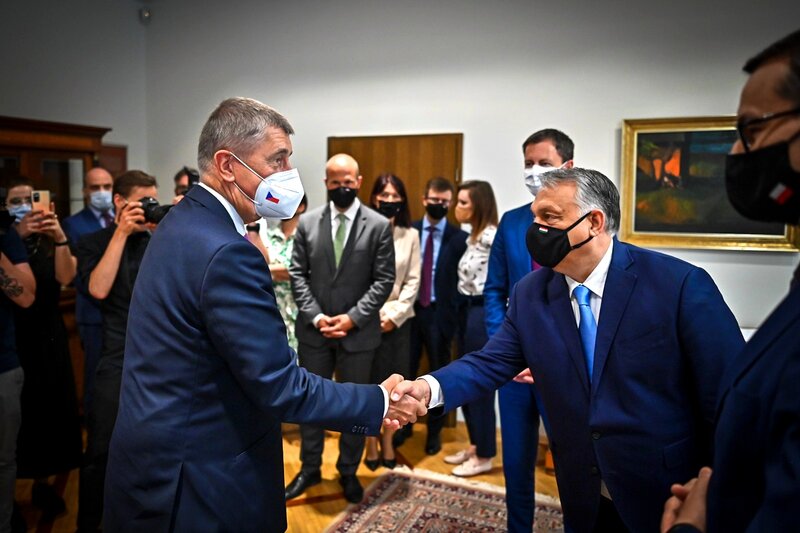 Prime Minister Andrej Babiš has asked Hungarian Foreign Minister Péter Szijjártó for another 200,000 doses of COVID-19 vaccines. Hungary has previously lent about 140,000 doses to the Czech Republic. Babiš said this after the meeting of the prime ministers of the Visegrad Four countries and Slovenia in Ljubljana.

The head of Hungarian diplomacy has already handed over vaccines from Pfizer / BioNTech to Babiš twice, for a total of 140,950 doses. Czechia should return them by the end of the year.

Slovenia, Austria and Hungary promised the Czech Republic vaccines in April. The countries agreed to transfer them after the Czech Republic did not agree to a compromise on the distribution of an additional ten million doses in the European Union. Because of this, Czechia received fewer vaccines than if it had agreed to the compromise. According to Babiš, all promises were fulfilled.

The government office previously stated in a press release that, in addition to standard supplies of vaccines based on contracts concluded with manufacturers through the EU, Czechia has so far received almost 300,000 doses of vaccines. Slovenia and Austria lent them, while Israel, Serbia, and Slovakia donated.

Healthcare professionals in the Czech Republic have administered 8,796,093 doses of coronavirus vaccine since the start of vaccination in December, with over 3.7 million people receiving complete vaccination. Regarding the vaccination, Babiš told reporters that the government is considering a way of motivating people who are hesitant to get vaccinated.

According to him, the cabinet maps the situation in other countries. He pointed to Poland, which uses lotteries, and Greece, which gives young people aged 16 to 25 150 euros each for accommodation. He fears that due to the bureaucracy in the state administration, the lottery could not be arranged. According to him, celebrities, the media or, for example, mobile operators, who could offer young people cheaper data, should also be involved in the campaign.