French secret service: ‘Fight with us against Islamic radicalism’ 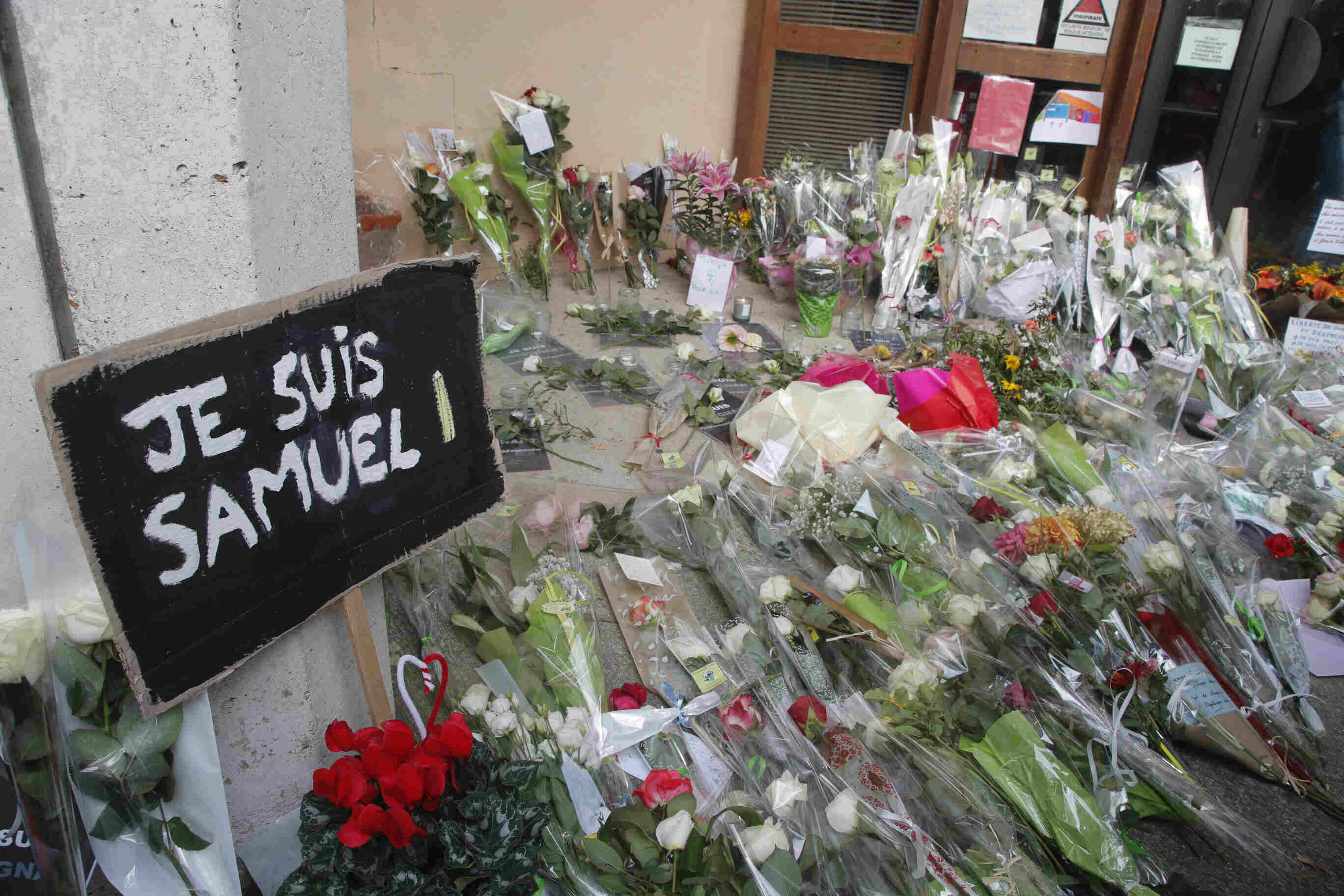 A poster reading "I am Samuel" and flowers lay outside the school where slain history teacher Samuel Paty was working, Saturday, Oct. 17, 2020 in Conflans-Sainte-Honorine, northwest of Paris. French President Emmanuel Macron denounced what he called an "Islamist terrorist attack" against a history teacher decapitated in a Paris suburb Friday, urging the nation to stand united against extremism. The teacher had discussed caricatures of Islam's Prophet Muhammad with his class, authorities said. The suspected attacker was shot to death by police after Friday's beheading. (AP Photo/Michel Euler)

The French secret service DGSI is looking for new colleagues – and, because it is adapting to the changing times, it went public with its plan. It has launched a new website where those interested can sign up. A whole section of the website is devoted to the fight against terrorism. DGSI explains to the French how to detect an Islamic radical and calls on people to report anything suspicious. The diversity of the secret agent’s work is also outlined in the promotional video.

A dysfunctional family, a lack of success at school, a failed relationship, or the desire to belong somewhere. These are the aspects with which a path of radicalism often begins. The individual suddenly radically changes his daily habits, believes in conspiracy theories, shuts himself in, and reads numerous webpages with extremist ideas on the internet.

Such a person suddenly starts hate speech, especially towards followers of other religions, people of other ethnicities or members of political parties.

He is aggressive towards his former partners and tries to convince people around him of his truth. Suddenly, he starts to dress differently and no longer eats what he used to. He rejects the idea of ​​secular France and justifies violence.

Especially the most vulnerable people may fall into this whirlwind of extremism, warns the French secret service DGSI. The behavior described above may be a signal that the individual has become a potential jihadist. However, these changes can also have other causes, and only a combination of them can indicate impending danger.

That is why it is necessary to consult experts before labeling an acquaintance as a radical preparing a terrorist attack. DGSI, which protects France precisely from these people and the consequent damage to lives and property, now seeks help among the French.

It stepped out of the shadow of secrecy and launched a website where those interested can learn all the essentials, as well as immediately apply for a job.

“Working in DGSI means performing tasks necessary to ensure national security and protect the fundamental interests of the nation. The expected qualities of a good candidate are a sense of the public interest, motivation and the desire to work toward the safety of our fellow citizens,” states DGSI on the website.

“To warn means to protect”

France has gone through many tragic jihadist attacks in recent years. After a series of larger and more organized ones, it is now experiencing the equally dangerous attacks of “lone wolves” who could have set on their path due to reasons described by DGSI.

Therefore, the French secret service hopes that people will finally remember the telephone number to report their suspicions: as a survey of the French Interior Ministry showed, only 20 percent of the French even know the number. Meanwhile, the secret service follows the motto “to warn means to protect.”

By launching the website, DGSI follows the example of the British secret service MI5. The British have also recently become more open to the public in order to attract people interested in a career as an agent.

In addition to the section on the fight against terrorism, DGSI  also draws the attention of the website visitors to the areas of counter-espionage and defense against cyber threats.

It warns, for example, against foreign agents who may want to make friends and then obtain sensitive information. Fans of James Bond-style “toys” are then offered a tour of a small virtual museum. Everyone can also try a quiz on how much they know about DGSI.

“Mostly, people are not sure why it was created, or they believe it aims to monitor the population,” notes the RFI radio station.

The preparation of the website took a year, and its launch was accompanied by a promotional video also showing other tasks of the secret service. DGSI recruits hundreds of people every year and employs a total of 5,000 men and women. But now it lacks staff.

“All major intelligence services in the world have their websites,” DGSI Director-General Nicolas Lerner said on Tuesday.

Title image: A poster reading “I am Samuel” and flowers laid outside the school where slain history teacher Samuel Paty was working, Saturday, Oct. 17, 2020 in Conflans-Sainte-Honorine, northwest of Paris. French President Emmanuel Macron denounced what he called an “Islamist terrorist attack” against a history teacher decapitated in a Paris suburb Friday, urging the nation to stand united against extremism. The teacher had discussed caricatures of Islam’s Prophet Muhammad with his class, authorities said. The suspected attacker was shot to death by police after Friday’s beheading. (AP Photo/Michel Euler)