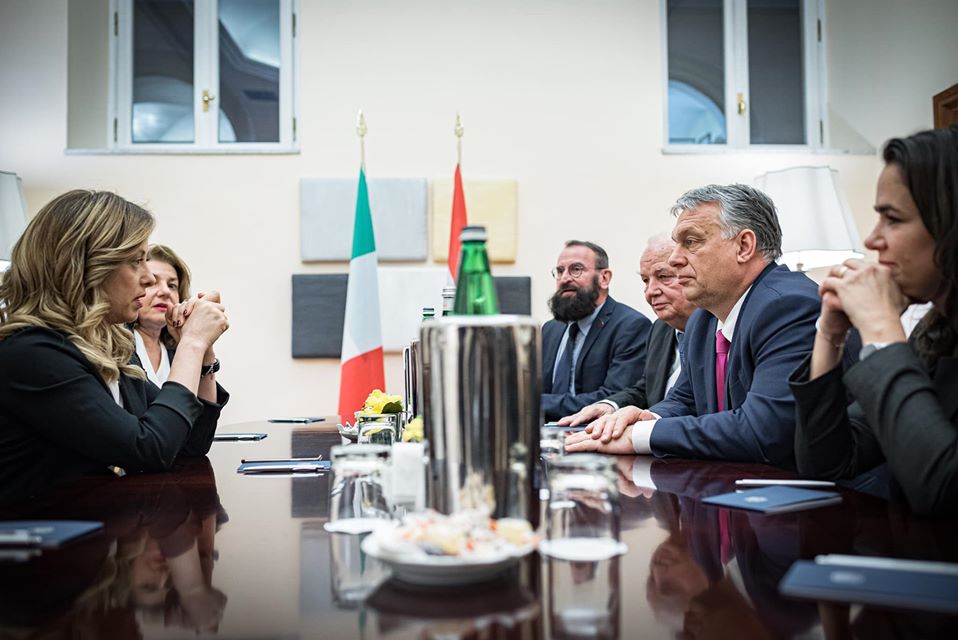 To mark his arrival in Italy, Orban posted a video on Facebook with the short text, “All roads lead to Rome”.

Upon his arrival, a military honor guard welcomed Orbán before his planned meeting with Conte.. Orbán was accompanied by MEP József SZájer and Katakin Novák, state secretary at the Ministry of Human Capacities.

Orbán’s meeting with Meloni was especially important, as the Brothers of Italy party is seen as a close ally of Matteo Salvini, the leader of the anti-immigration Lega party that Orbán has been supportive of in the past.

Speaking to the Italian press, Meloni said Orbán was an “ally” and praised the Hungarian government’s pioneering of family policies and its “resistance to Islamization”.

Meloni said Orbán is one of the few European leaders who think belonging to the European Union should not mean giving up his country’s independence.

“Hungary is defending its sovereignty against a European Union that seems to curtail the freedom of nation states,” Meloni said.

Orbán is also scheduled to speak at the National Conservatism Conference in Rome on Tuesday, which will feature speakers like National Front member and former politician Marion Marechal, Spectator associate editor Douglas Murray, and Meloni.