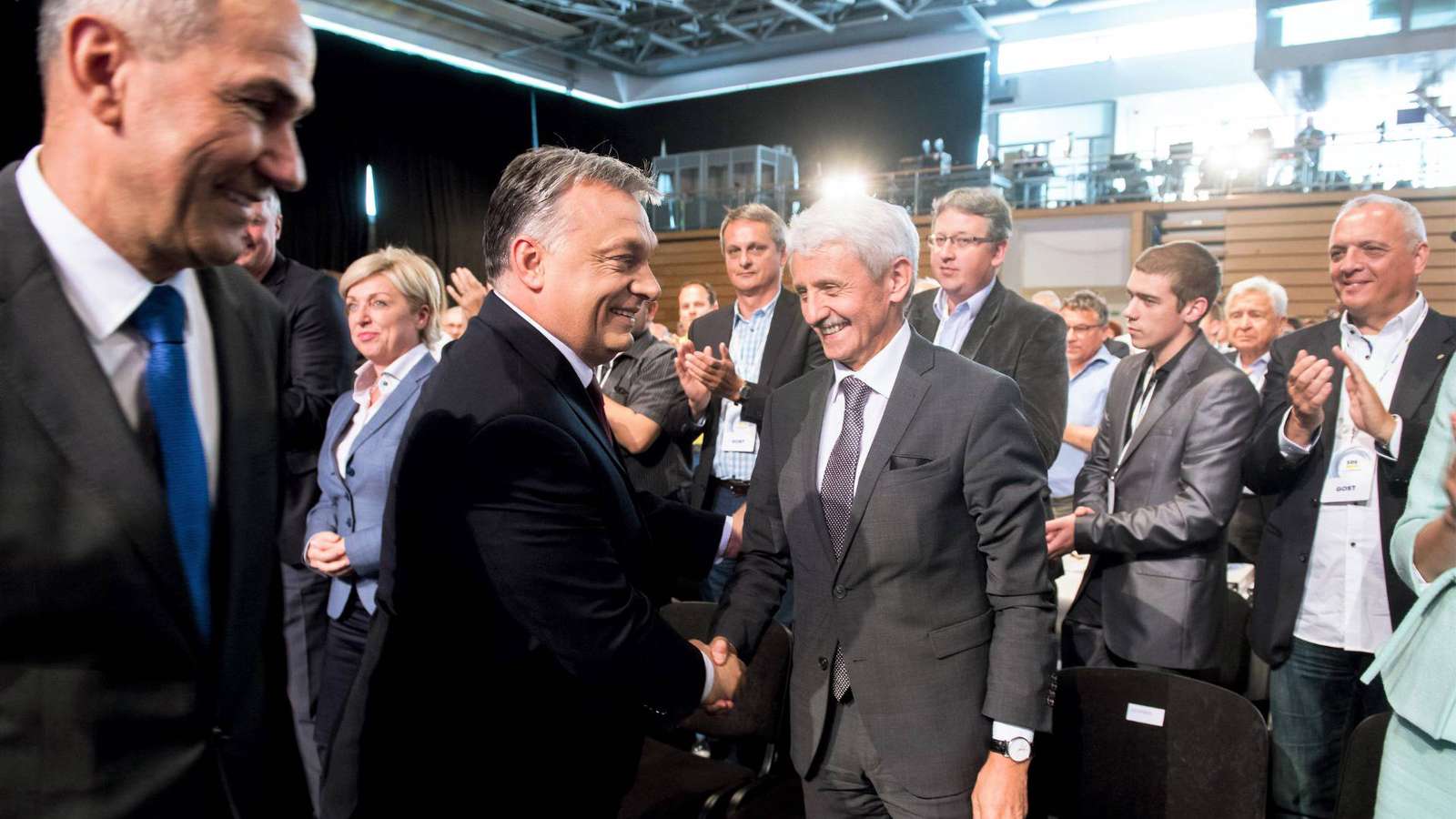 Former Slovak Prime Minister Mikuláš Dzurinda and Hungarian Prime Minister Viktor Orbán had a public exchange regarding Europe’s problems, including migration and a loss of Christian values, which was triggered by the Slovak politician’s open letter published in Hungarian daily Népszava.

In it, Dzurinda reminded Orbán of the “crazy days” when both became prime ministers of their respective countries in 1998 (Orbán held the position until 2002 and Dzurinda until 2006).

“Remember those crazy days? The reforms which we took upon ourselves – you in Hungary, myself in Slovakia – with the sole purpose of guiding our countries back into Europe, the heart of the EU,” Dzurinda wrote, pointing out that the two leaders’ views on the European People’s Party have since diverged.

“Viktor, I know you are worried that our political family – the European People’s Party (EPP) – does not fully embrace the traditional Christian values. While I do not share this opinion, I accept your feelings,” Dzurinda wrote. He added that he didn’t see much potential in Orbán’s close ties with Italian conservative politician Matteo Salvine.

“With all due respect for both of you, I suppose that you will not be able to deliver workable solutions for the most important problems of our time. The slogans of national conservatism will not be instrumental to you in finding solutions to such issues as migration and climate change,” Dzurinda wrote, inviting Orbán instead to attend a high-level meeting on migration in Athens on April 2.

In his response, published on the prime minister’s official homepage and shared on Twitter, Orbán said he was glad to see a letter from him and thanked Dzurinda for the invitation to the conference in Athens.

Despite some of the critiques from Dzurinda, Orbán said they mostly shared common ground, and that he shared many of the sentiments in Dzurinda’s open letter.

“You know us Hungarians, so you know that the values cited in your letter, such as a strong Europe, subsidiarity, the support of decentralization and competition, the Catholic social doctrine and stepping up against the forced dissemination of liberal values are all music to the ears of Hungarians,” wrote Orbán in response.

Still, Orbán was firmly behind Fidesz’s decision to suspend its membership in the EPP.

“What a pity that in order to represent Christian values consistently, our party, Fidesz had to suspend its membership in the EPP,” he wrote.

“I don’t know if under these circumstances you are allowed to invite me to Athens. If so, you can count on me! See you on the Acropolis!” Orbán wrote in closing.