PM Orbán: Europe is in retreat

Continent worse off now than it was 30 years ago 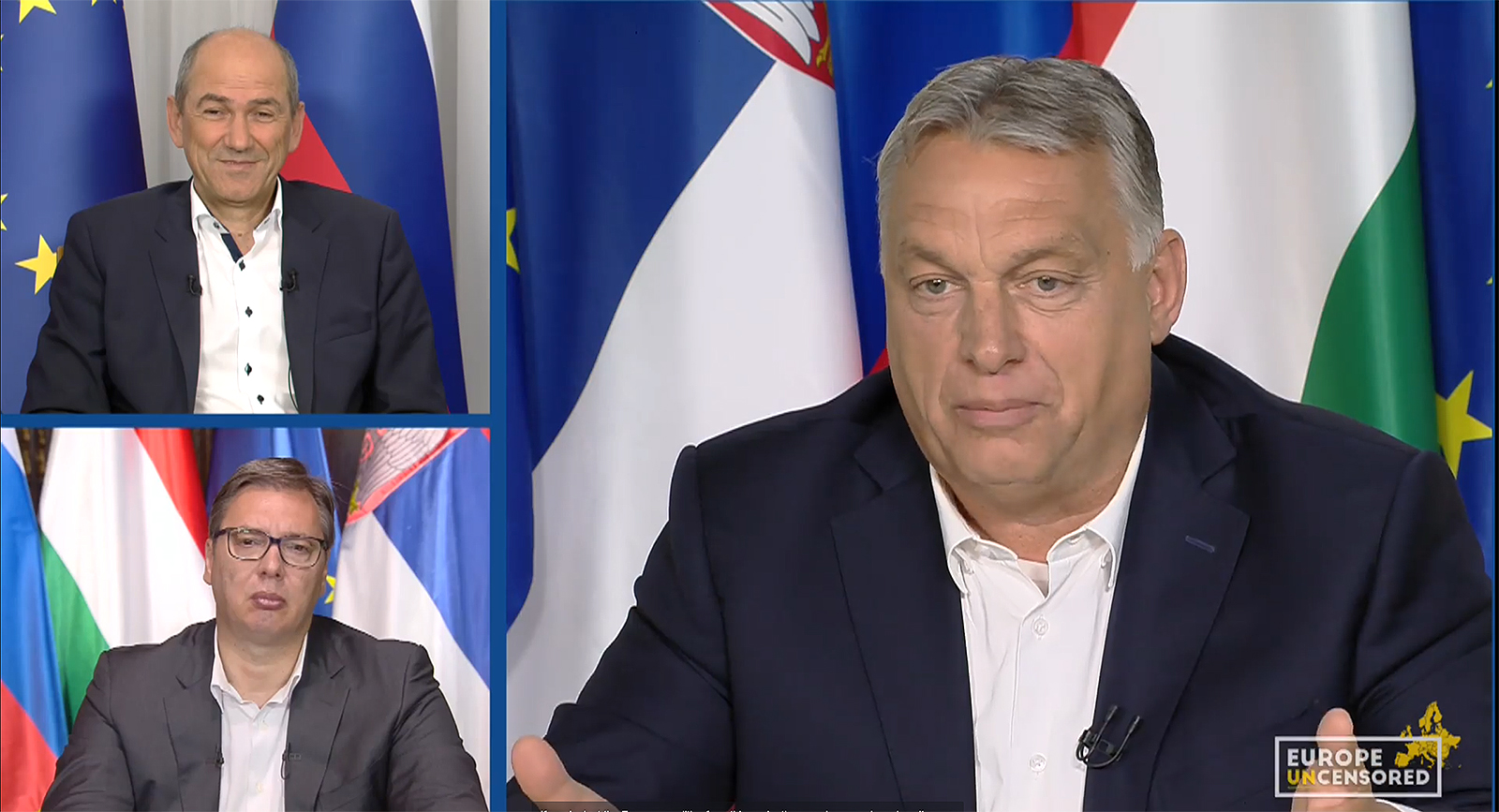 Once mighty Europe and the European Union is currently in retreat, Hungarian Prime Minister Viktor Orbán said at a joint video conference with Serbian President Aleksandar Vučić and Slovenian Prime Minister Janez Janša on Wednesday. The conference – streamed live on Facebook – was meant to offer the larger public a window into the thoughts of the three regional leaders on the current issues the European Union is facing.

The “Europe Uncensored” conference – entirely conducted in English, so as to avoid introducing any distortion resulting from translation – was moderated by French philosopher and MEP François-Xavier Bellamy who said in his introduction that the people in Budapest, Ljbuljana and Belgrade (the capitals of the three leaders’ countries) are bound by the same values, adding that dialogue was the only way forward.

The first to speak was Vučić, who expressed his disappointment with the European Union’s initial handling of the coronavirus pandemic.

“At the beginning of the Covid crisis, I think it was in the middle of March, the European Union all of a sudden brought a decision of not allowing the export of medical equipment to the Western Balkans countries,” Vučić said. Of course it only lasted for two or three days, but on that particular day I reacted saying that solidarity was nothing but one, two or three words written on a paper and the entire propaganda of the so-called liberal media.”

Janša, pointing out that Brexit was a “strategic catastrophe” for the European Union, was similarly critical of the initial handling of the pandemic by most international institutions.

“The United Nations, European Union – we were totally unprepared, for a month the European Union looked like European middle ages – walls and barriers and restrictions, curfews, emergency situations, confiscation of medical and protective equipment,” he said, adding that Europe needed “realistic, pragmatic steps” towards stabilization, pointing out, however, that “the biggest threat to the European Union is cultural Marxism”.

Despite their criticisms of the various shortcomings of the EU – including the disastrous handling of the migration crisis – all three leaders agreed that the only way forward was a frank exchange of opinions, taking into account each nation’s specifics.

“I think that Europe has a great opportunity to become the very best place of the world – America is getting weaker, China got in an economically better position, politically not an easy position – Germany of course has risen recently both in spite of this crisis politically and economically,” Vučić said.

Orbán, however, pointed out that Western Europe should not force its “progressive, the liberal-leftist, a semi-Marxist concept” on the nations which subscribe to the “concept of Europe based on Christian culture”.

“The West should not force its views on Eastern countries [and] we, Central Europeans shouldn’t tell the westerners how they should lead their country,” Orbán said. “We should ask the Westerners: please don’t tell us how we should live our lives”.

In his opening remarks, Orbán also praised both his peers, terming the trio “a special club of freedom fighters”, saying that “Janez [Janša] is always considered in Hungary as the biggest anti-communist fighter politician” and telling Vučić: “Alexandar, we appreciate you as a leader who put Serbia back on the political map of Europe.”