PM Orbán in Rome: Liberalism is over 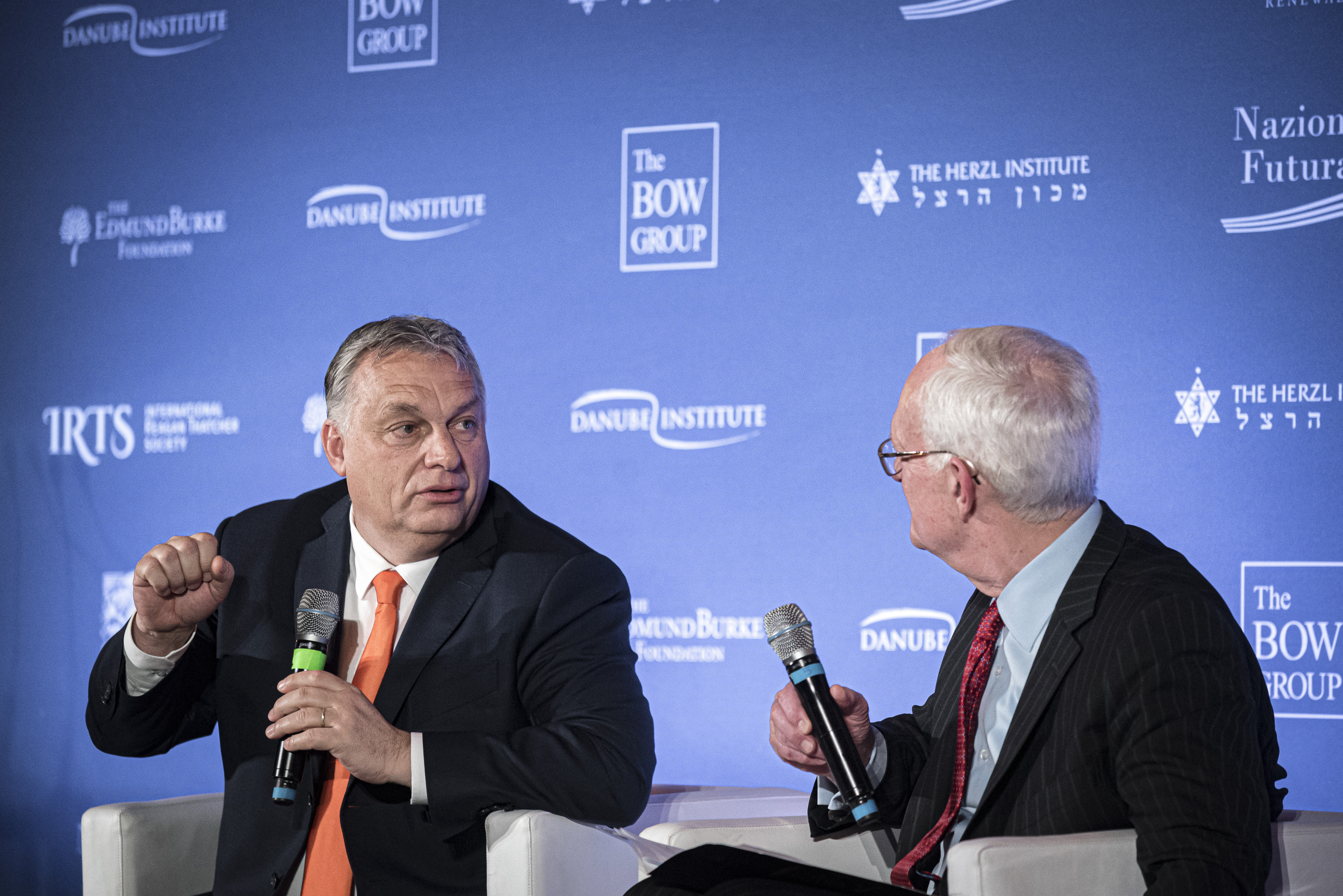 Liberalism is over and now a new type of government in the form Christian democracy is needed, Hungarian Prime Minister Viktor Orbán said at the National Conservativism Conference in Rome on Tuesday.

He said that in recent history, liberal governments had two major failures, with the first being their complete mismanagement of the 2008 global financial and economic crisis, and the second has to do with how liberal governments are handling the migration crisis that began in 2015 “when they failed to protect their citizens and their countries’ borders”

Regarding the migration crisis, Orbán said there was not a single Muslim migrant living in Hungary, but indicated that Western European countries have an increasing share of Muslims living in them.

He said liberals viewed this as a positive trend, saying that “they don’t like Christian society”. The prime minister said that may be their choice, but asked pro-migration activists not to “force such a trend onto Central Europe”.

Orbán said that these trends have opened discussions about identity and led us to ask “about who we are” as a people.

“In this sense, liberalism is over all due to the fundamental principles of liberal governments, and it is time for something new: Christian democracy instead of liberalism,” Orbán said.

A strong economy is essential for conservatives

He added that the only way for national-conservative and Christian-democratic governments to survive is through successful economic policies.

“If they don’t succeed, if a conservative political leader makes a mistake and economic indicators decline, he will be ‘terminated’ the next morning,” Orbán said.

Orbán indicated that it was also time to redefine populism, which in his youth meant political promises that could not be delivered.

“If a politician promises something and delivers, that is not populism, but democracy. Ten years ago my government promised one million new jobs and 860,000 have been created,” Orbán told the audience gathered to hear him and other conservative figures.

The Hungarian prime minister said the Hungarian economy has been consistently growing at a rate of 4 to 5 percent in recent years, has managed to shrink debt loads, and now features an unemployment rate at 3 percent.

Speaking about the European Union – whose Central European region is not a threat but the most stable part of it – Orbán said there are two diverging concepts about the continent. One is to build it from the bottom up, through a cooperation of nation states while the other is a top-down approach, which he regards as an “empire-oriented view”.

He said this is at the root of all European debates, including the current uncertainty surrounding the European People’s Party, which wants to be part of the EU’s power structure at all costs.

“If the price is to concede certain values and make compromises with the left, they will do it, losing their identity step by step.”

Orbán said his goal is to steer the EPP in the right direction through which he called a “counter-revolution”.