PM Orbán: Major polluters should pay the costs of making Europe green, not the people

Big industry should foot the bill of reducing carbon emissions 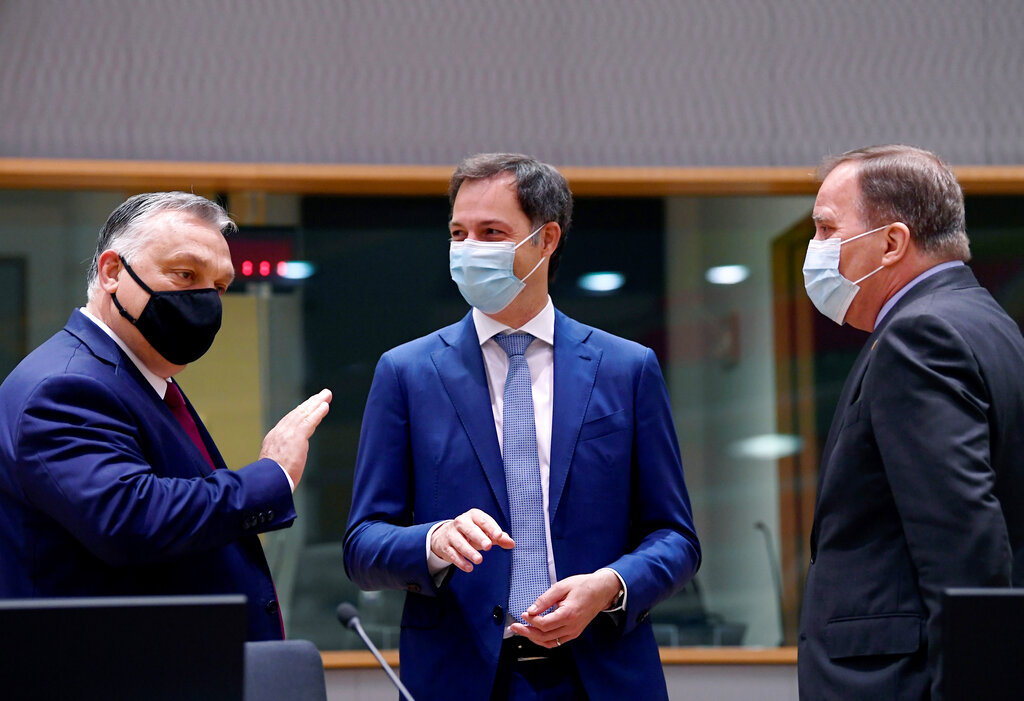 Instead of raising taxes for the entire EU population as one group of countries proposes, Hungary is on the side of those who want the major polluting industries to foot the bill, Prime Minister Viktor Orbán said after the two-day European Union summit on Tuesday.

“One group says that people should pay the price of climate protection in the form of fuel, petrol and housing taxes, and the other group — all Central European countries belong here — says that the price of climate protection should be paid by climate destroyers, so they should bear it, as it is the burden of large polluting companies,” Orbán said in a short video message posted on his Facebook page. “This debate will continue next month.”

Orbán referred back to what Minister of Innovation and Technology László Palkovics told Hungarian journalists in Brussels on Tuesday: EU climate targets for reducing carbon dioxide emissions should not be paid for by people, but by large polluters and large companies. Hungary also opposes the idea of ​​including CO2 emissions from residential buildings in the emissions trading scheme, as so far the member states have been able to decide on their own emission trading systems.

However, European Commission President Ursula von der Leyen said at a press conference following the summit that “the European Commission would extend its carbon trading scheme to residential buildings and transport, while introducing immediate compensation for low-income households”.

The EU has so far applied the emission trading system (ETS) only to industry, and the extension of its role will be part of a climate protection package to be presented by the Commission in June in which the panel will publish proposals on how to achieve a reduction in CO2 emission of 55 percent by 2030, which is the goal of the European Union, she said.

Although member states have not yet been able to reach agreement on key issues, European Council President Charles Michel expressed confidence, saying leaders had reaffirmed their commitment to their ambitious common goals on climate protection, including making Europe a climate-neutral continent by 2050.

In addition to the debate on the costs of CO2 emission, there is another fault line among member states: one group, led by Germany which has decided to phase out nuclear power plants in the wake of the 2011 Fukushima disaster, is against it, while most Central European countries insist they cannot replace the more polluting fossil fuel power plants without nuclear ones.

Title image: Hungary’s Prime Minister Viktor Orban, left, speaks with Belgium’s Prime Minister Alexander De Croo, center, and Sweden’s Prime Minister Stefan Lofven during a round table meeting at an EU summit in Brussels, Tuesday, May 25, 2021. European Union leaders gather for a second day of meetings to discuss the coronavirus pandemic and to assess new measures on how to meet targets to become climate-neutral by mid-century. (John Thys, Pool via AP)