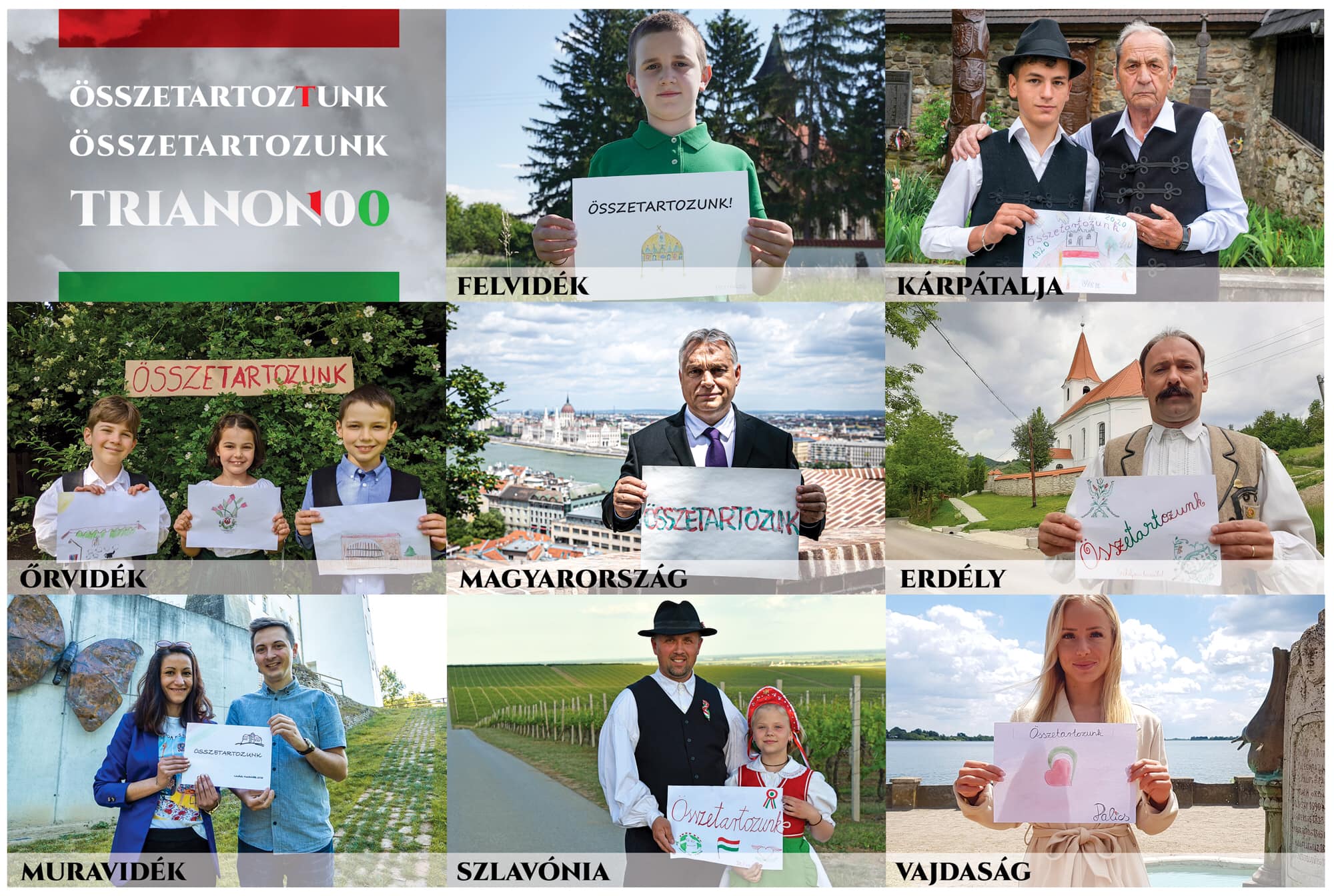 On Thursday, the 100th anniversary of the Trianon Treaty which resulted in Hungary losing almost three quarters of its territory to neighboring countries and millions of ethnic Hungarians left stranded from their homeland, Hungarian Prime Minister Viktor Orbán posted a photo montage on Facebook showing those ethnic Hungarians a century later proudly wearing their national and ethnic costumes.

The loss of a major part of its territory was one of the three biggest traumas in the Hungarian nation’s 1,100 years in Europe, with the other two being the Mongol invasion in the early 13th century and the beginning of 200 years of Ottoman occupation at the beginning of the 16th century.

A sore topic in Hungary’s regional relations, Orbán’s conservative government, which came to power in 2010, worked to put a positive spin on a traumatic event by declaring June 4 the Day of National Unity — the same day Hungary lost a substantial amount of its territory 100 years ago following the end of World War I.

“After 100 years, two world wars, haunted by Trianon and economic crises, after almost four decades of a communist-socialist detour, after a defeated revolution [in 1956] and having repeatedly been on the brink of economic failure, we are still here and alive,” Hungarian President János Áder said in his commemorative speech.

Áder also said that despite some neighboring countries accusations, Hungary has never harbored revisionist ideas, even when historical conditions could have made such intentions feasible, like after the fall of Romanian dictator Nicolae Ceaușescu in 1989, the breakup of the former Yugoslavia, the birth of Ukraine from the remnants of the Soviet Union, or the split of the former Czechoslovakia.

“We respect our neighbors, but we also ask them to respect us and the Hungarians living in their countries in turn,” Áder said.

At 4:30 p.m. yesterday, which marked the exact hour of the signing of the treaty 100 years ago, bells tolled in hundreds of churches across the former territory of Hungary, and in the evening, 5,667, bonfires in 2,424 cities in 71 countries have been lit to mark the ominous anniversary.

Title image: Photos of ethnic Hungarians in neighboring countries on the “Day of Unity”. (source: Facebook)