Slovenia will take the helm of the EU presidency in July 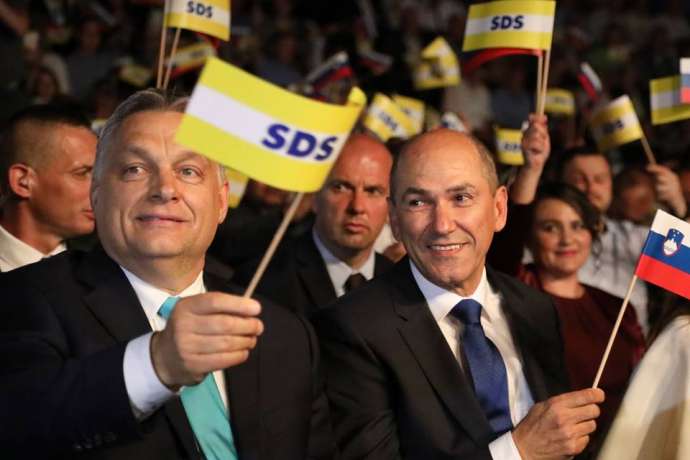 Following the departure of the leftist Slovenian government on Jan. 27, Janez Janša, an ally of Prime Minister Viktor Orbán, has managed to form a coalition that will finally put him in the prime minister’s seat after having won the 2018 elections, daily Magyar Hírlap reports.

Although Janša’s Slovenian Democratic Party (SDS) party won the 2018 election with the largest number of seats (25) in the 90-seat national assembly, he was unable to form a majority government in the fragmented legislature, which currently has nine parties and representative each of the Hungarian and Italian ethnic minority.

Following a month of horse-trading, on Wednesday President Borut Pahor assigned Janša to form a new government which, according to Slovenian commercial television Nova24TV, has forged a four-party coalition with 48 votes, thus the approval of the new government in parliament should be a “foregone conclusion”.

Janša’s SDS is a member of the European People’s Party and Janša himself is considered a close ally of Orbán, who supported his reelection campaign in 2018.

Janša has previously held the prime minister’s post from 2004 to 2008 and from 2012 to 2013. More importantly for Hungary, Slovenia will assume the rotating presidency of the European Union in July.