The future of the EPP is in the balance 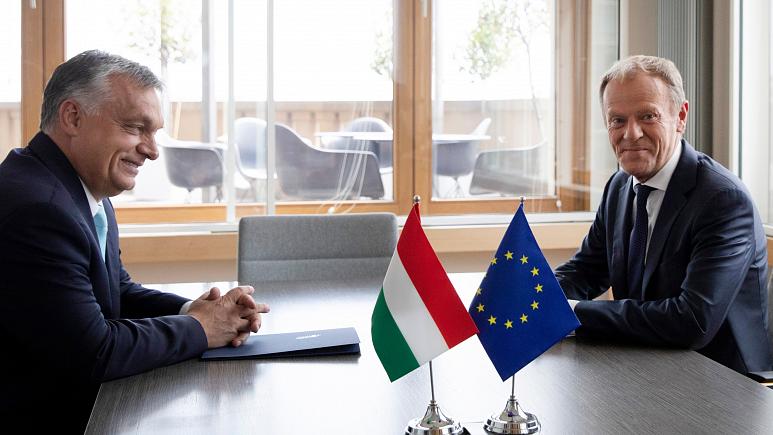 The EPP’s leadership has yet to react to Orbán’s memorandum to the party published this Tuesday, two days ahead of the EU summit that began on Thursday. While there was some speculation that the two could meet during the summit, Havasi said Orbán’s previously scheduled coordination meeting with the Visegrad Four leaders and the busy agenda of the budget debate itself left no time for a separate meeting with Tusk.

In the memorandum Orbán reproached the EPP for gradually giving up its core Christian and national values, pointing out that it has embraced a number of left-wing concepts over the years, including gender ideology and pro-migration stances.

He also singled out Donald Tusk for bringing Polish domestic policy conflicts and interests into the EPP and urged for an honest introspection and debate about the group’s future direction.

On Wednesday, the Fidesz party vice-president in charge of foreign affairs, Katalin Novák, said that Fidesz is in fact waiting for a response to Orbán’s thought-provoking missive from both the leaders of the EPP and its member parties.

“It is also a fact that we will not wait impassively forever,” Novák said, adding that should the EPP not be receptive to the ideas of the memorandum, “there will be other partners”.