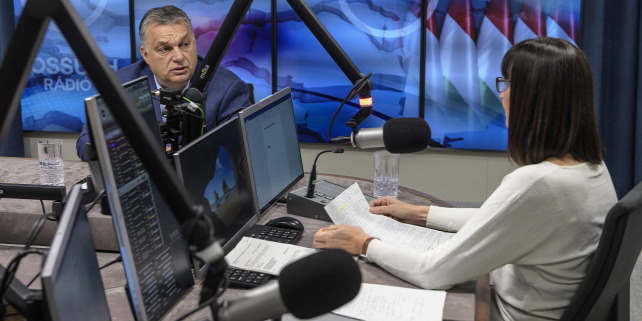 With Hungary’s number of coronavirus infections having had reached 85 — the highest increase so far in a single day — the country must be prepared for the onset of mass countrywide infections, Prime Minister Viktor Orbán said in his weekly radio interview on Friday morning.

With regard to the budgetary resources available, Orbán said that the coronavirus defense has an open budget, meaning that the country will spend as much money on it as necessary. He said it is also expected that a certain percentage of doctors will also contract the disease, but there is sufficient backup personnel available.

Addressing the economic impact of the pandemic, Orbán said now the most important task is to reduce the number of those who will lose their jobs

“If there are no jobs, that will lead to bankruptcy,” he said. “The country must work, but that is not possible under all conditions. We will assist those who lose their jobs.”

He added that with the economic relief measures announced on Wednesday, the state will inject 3,600 billion forints (€10.1 billion) into the economy.

Orbán said that in addition to the branches of the economy that have already received help, the government is continuously assessing the situation of the entire economy in order to be able to offer swift assistance wherever it is needed. He said the primary humanitarian concern now is to help the elderly, who are most vulnerable to the disease.

“I am calling on everyone and ask that the elderly stay at home. We will ensure they are being supplied,” he said.

Orbán also said that due to the border closures across Europe, organizing the supply of protective equipment was a difficult task, but the country was using all its international connections to ensure supply.